Louisville jumped out to an early 2-1 first quarter lead against a No. 4 Syracuse team that hadn’t lost to an unranked opponent since 2018.

As she had been in seven games before, Meaghan Tyrrell was held scoreless in the first quarter. With 90 seconds left in the period though, Natalie Smith found Meaghan cutting past Louisville’s Ashley Osborne and Grace Jenny. Meaghan scored, and in the second quarter, she beat Osborne again for another goal.

The senior finished the afternoon with a team-best five goals, all coming in the first half, which served as a cushion for the Orange’s 12-goal third quarter. Syracuse head coach Kayla Treanor admitted postgame that the team “went straight to Meaghan.” Even from the beginning, Treanor knew that Meaghan was going to be immediately relied upon.

In the past two seasons, Syracuse’s injuries have allowed Meaghan to become Syracuse’s top scorer by a wide margin. Meaghan’s composure in the 23-13 win over the Cardinals came after a span of games in which the Orange lost top players like Megan Carney and Emma Tyrrell, Kate Mashewske said. These circumstances have pushed Meaghan to advance her game and attacking presence as the Orange’s best offensive player.

“She’s taken her game to the next level,” Peter Van Middelem, her youth coach and assistant at Mount Sinai (New York) High School, said. “She dominated in high school, and now she is dominating at the collegiate level and I think her shooting has gotten much better.”

At Mount Sinai, Meaghan was surrounded by many future All-Americans including Florida’s Sydney Pirreca. She stood out immediately on the varsity team as a freshman, earning the nickname “The Giant Killer” for her ability to dominate against taller players. 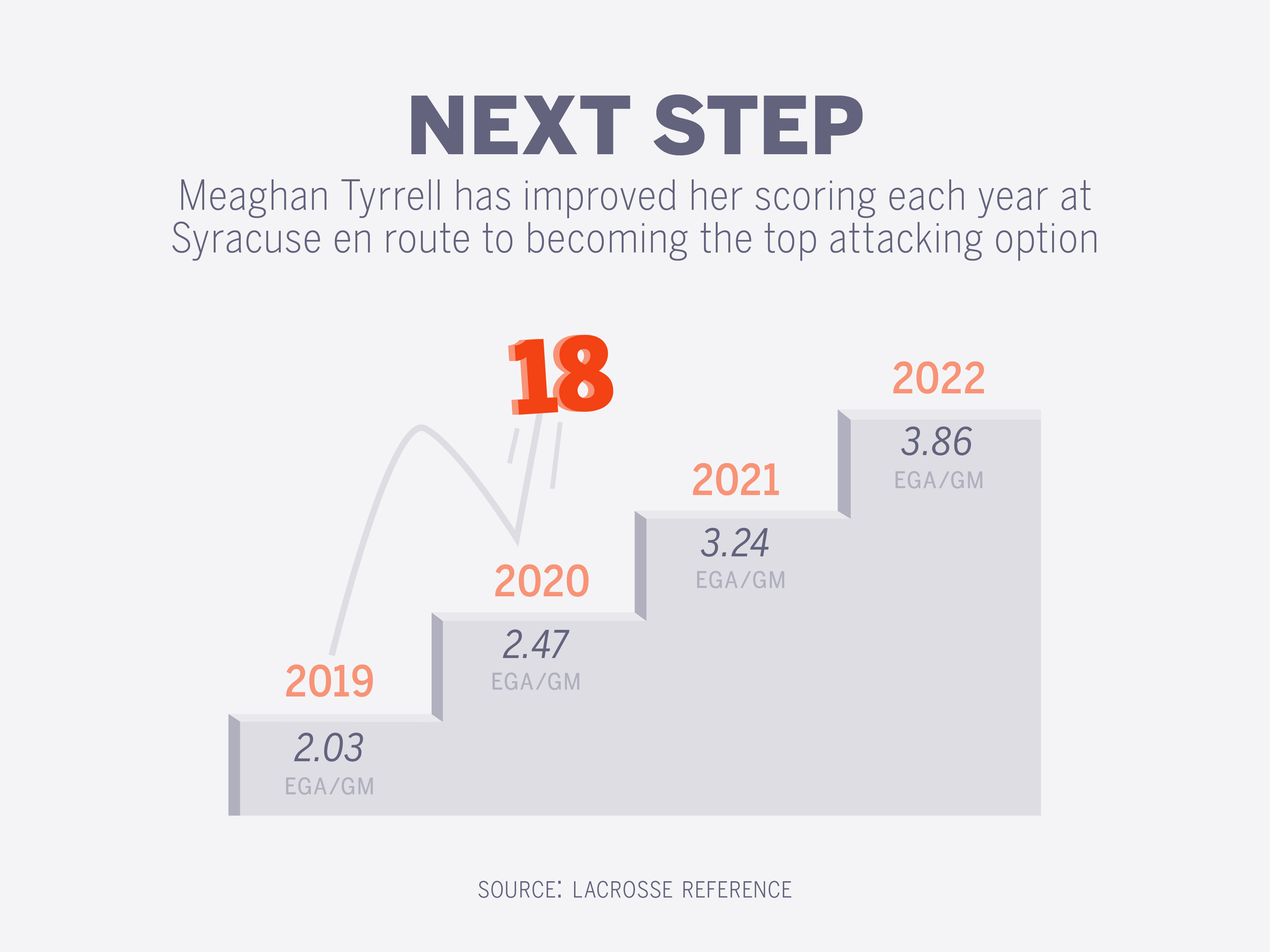 Al Bertolone, Meaghan’s coach at Mount Sinai, said a big reason why Meaghan was different was that she was the New York state scoring champion. The Mustangs won state championships all four years, but they never had a player win the scoring title until Meaghan arrived, Bertolone said. Van Middelem said Meaghan dominated at controlling defenders by flipping across the arc or driving toward the net.

In the Suffolk County championship, Meaghan initially facilitated the attack, but no goals came. Bertolone called a timeout and told Meaghan that if she wasn’t going to start driving and taking shots herself, Mount Sinai would lose. Bertolone said Meaghan scored four goals to lead the Mustangs to a comeback win.

Syracuse has had to rely on Meaghan mostly as a scorer this season as well, like when it trailed 8-1 in the first quarter against then-No. 7 Duke. Meaghan had made solid passes to players like her sister Emma. But Meaghan’s teammates weren’t scoring.

After Syracuse cut the deficit to four goals at halftime, Meaghan sprinted to the center of the 8-meter while Emily Hawryschuk weaved around the net with the ball in the third quarter. Hawryschuk drove toward the net and shook off defender Kay Conway, finding Meaghan wide-open. Meaghan scored her 19th goal of the season on a bounce shot and went on to score three of the Orange’s next four goals to tie the game at 13-13. The Orange won, and Meaghan had a team-high five goals.

Still, Bertolone felt that Syracuse didn’t get the ball to Meaghan enough earlier in her career. He remembered how former SU head coach Gary Gait elected to implement a style of play similar to six-on-six lacrosse when Meaghan was locked off by a defender. 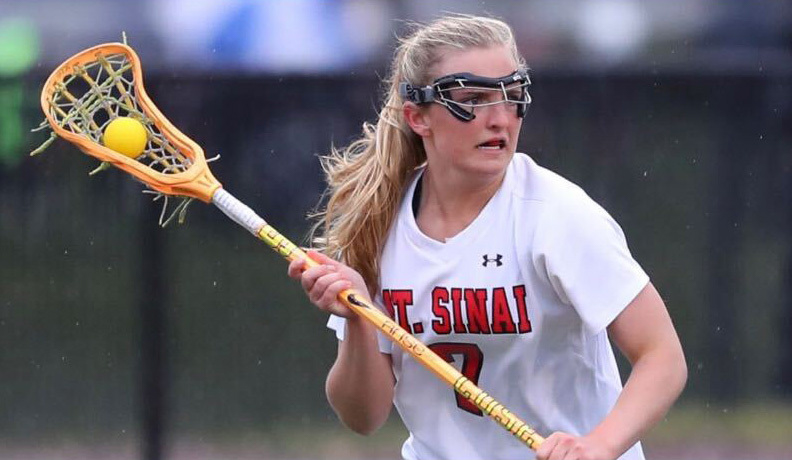 “I know Gary used to do that, and it used to infuriate me,” Bertolone said. “(They would tell her) go on the side, and we’ll play six-on-six. But you got to get this kid the ball and get her in the mix.”

Nicole Levy, one of Meaghan’s SU teammates when she was a freshman, saw that the first-year player was always present and had moments where she could control the attack. In practice, Levy was shocked how she didn’t have to move whenever Meaghan passed the ball to her.

Van Middelem also has seen Meaghan’s ability to drive to the cage as something that has improved tremendously over the past two seasons. Even against the best players in the country, Meaghan still has gone “hard” toward the net, Van Middelem said. He pointed to Meaghan’s recent play against No. 1 North Carolina’s All-American defender Emma Trenchard.

The Orange lost to the Tar Heels, but Meaghan finished with a team-best six points just a day after her sister was ruled out for the rest of the season.

“Meaghan has cracked that top 25 Tewaaraton player standard,” Bertolone said of Meaghan’s improvement. “And I actually feel if the ball bounces a little differently, she’s got to be in that top three or four mix.”

The post Over the past 2 seasons, Meaghan Tyrrell has been Syracuse’s top attacker appeared first on The Daily Orange.