Year-by-year, the NFL’s schedule makers match some particular things up based on record from the season prior. Because of that, the Buffalo Bills’ upcoming 2022 NFL schedule is in the more-difficult half in the league.

Head-to-head, the Bills, Carolina Panthers and Pittsburgh Steelers are tied with the 12th hardest schedule next season. 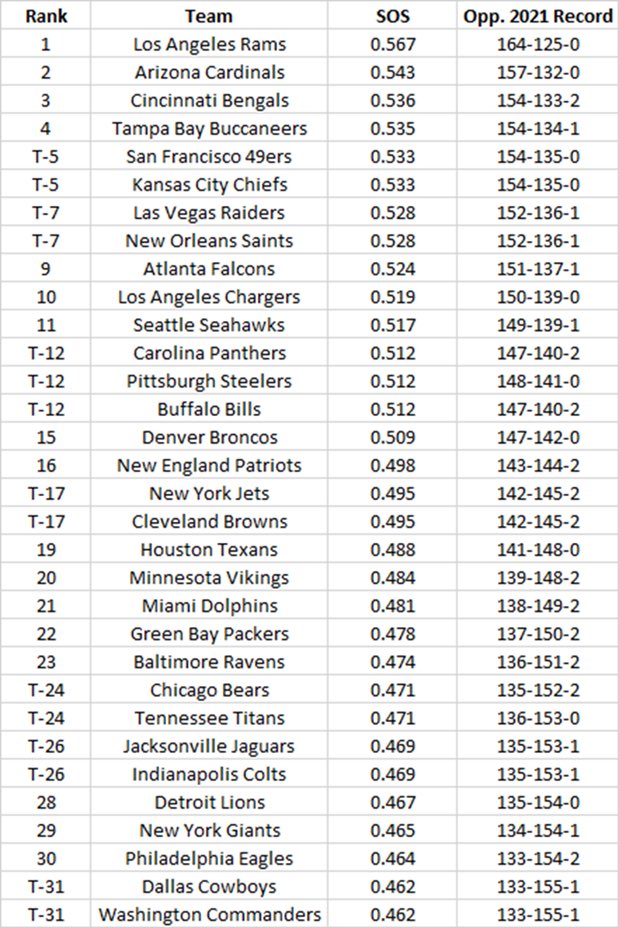 Each year, schedule makers have some metrics we know they follow. The Bills finished in first place in the AFC East in 2021, so next year they’ll face the first-place finishers from all the other AFC divisions. Other aspects rotate every season.

For those wondering, here’s their full slate of upcoming opponents. The exact order and times of games has yet to be determined: