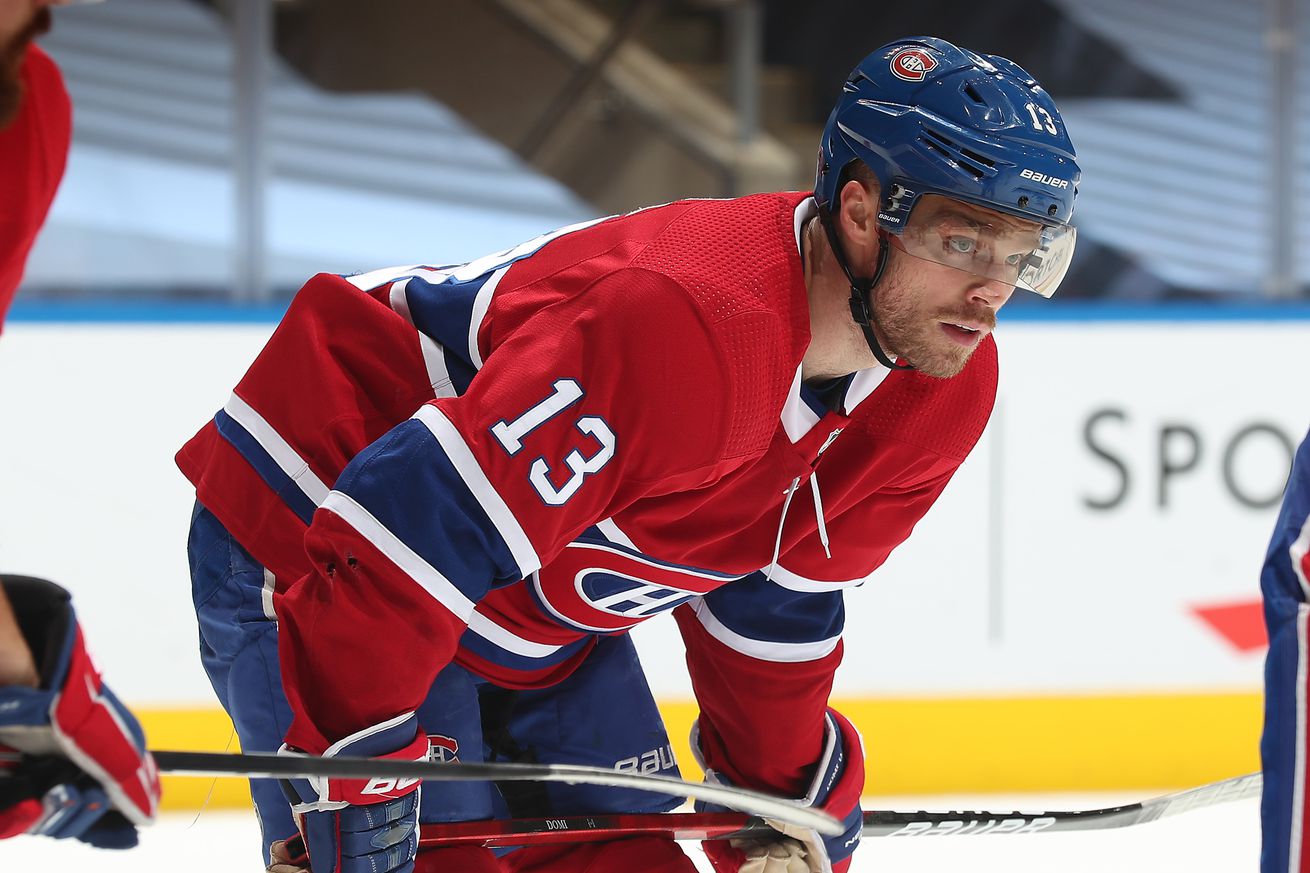 With the 2020 offseason now officially in session, the trade market is expected to kick into high gear as the NHL’s 31 teams all try to navigate a flat cap situation. Frank Seravalli posted TSN’s new trade bait list, and it is chock-full of big names. Acquiring big names, however, doesn’t always add up to a big reward.

There are three categories of asset value that go into the economics every player acquisition: player value, contract value, and compensation value.

In a year where cap space is at a premium, teams looking to explore the trade market will have to be sure that the player they acquire will be worth the contract that comes along with him. Since we don’t know exactly what compensation would be necessary to acquire these players, let’s just stick to evaluating the best players to target based on their contracts.

What is my criteria? I based player value off of Evolving-Hockey’s wins above replacement weighted over the past three seasons and adjusted for aging curves for the duration of the contract. For players expecting a new deal this offseason, I referenced yet again Evolving-Hockey and their contract projections to award the pending free agents contract value as well.

Today, we’ll take a look at the forwards:

Donato comes in at number one somewhat surprisingly, but his offensive impacts in a limited role are strong. This, combined with his age and relatively low one-year deal, suggests that he is a low-risk, high reward type player.

If you don’t agree with Donato in the top spot, you should almost certainly agree with Danault’s value provided on a one year deal. His goals above replacement rates at both ends of the ice at even strength stack up against almost anyone in the league, all while making barely over $3 million per season.

Signed for what initially seemed like an overpayment, Bonino centered what was one of the best even strength lines in the league this season. If acquired, he could fill a third line center role perfectly for any NHL team.

Following the trend of one-year contracts at the top of this list, Palmieri would be a player that could instantly slot into a team’s top-six at right wing. He also has been very productive on the powerplay as well over his career, and would be an upgrade there for almost any team.

Debrusk’s name in trade rumors may come as a bit of a surprise, as he’s been a productive top-six forward for one of the NHL’s best teams since he entered the league. It’s his demand as a restricted free agent, however, that could land him on another team come next season. If he were to sign a bridge deal, as Evolving-Hockey projects, then a couple of seasons of strong production for under $5 million per could be a steal.

Coming off successful Stanley Cup run, the Tampa Bay Lightning have to be swift in order to retain two of their key contributors – Anthony Cirelli and Mikhail Sergachev. This leaves Killorn as a likely cap casualty, and some team will reap in the benefits of his versatility and hard-nosed play.

Schwartz has been a top-line contributor for a strong St. Louis team only one season removed from winning the Cup. Another team looking for cap space, the Blues may have to give up one of the best all-around left wingers in the game. Whether it’s at even-strength, the powerplay, or shorthanded, the 28 year-old can tilt the ice in his team’s favor.

Age is a big benefactor to any trade involving Domi. Even if he commands six years at over $6 million per, the offensive upside you’re acquiring should remain strong throughout the duration. Don’t expect him to shift into a shutdown center role, however, as his negative defensive impacts suggest maybe he is best sheltered on the wing.

A deadline acquisition last season, Trocheck may be on the move again as the Hurricanes may be able to trim salary while giving Martin Necas and Morgan Geekie bigger roles at center. While his production has declined, Trocheck still provides the offensive impacts to suggest a rebound in point totals if he were to land in a good situation.

One of the oldest players on this list, Bozak has two things working in his favor to justify his $5 million cap hit. First off, it’s only for one year. Secondly, forwards tend to lose their offensive touch quicker than their defensive play as they age. This leaves Bozak, a very strong defensive asset, likely to retain his best qualities headed into next season. St. Louis is likely anxious to clear his cap hit as well, so the compensation may not be much.

Yes, Duchene just signed in Nashville last offseason. However, the Predators are expected to revamp their forward group, as the goal scoring just hasn’t matched their defensive play. Duchene is turning the corner in age, but the production and impacts are still strong. We can expect him to fade a bit towards the end of the deal, which may be tough considering his cap hit, but there’s a least 3-4 more years of high-end play in him.

Relegated to the fourth line at times during the regular season, Gourde found himself in the middle of midseason acquisitions Barclay Goodrow and Blake Coleman to form Tampa Bay’s crucial shutdown third line throughout the postseason. Although he definitely proved his value, the Lightning don’t have many other pieces they can move to clear cap space. Gourde can play in all situations, which will help ease the burden of his plus-$5 million cap hit for the next five seasons.

Laine is the youngest player and highest single-season goal scorer on this list. So why are the Jets rumored to be shopping him? Well, he’s kind of developed into a one-trick pony. More of a powerplay specialist, the hope in acquiring Laine is that with a quality playmaking pivot-man his even strength production can take a big leap.

Once a top-line compliment winger for the Leafs, the injury bug found Johnsson this past season. He has registered strong powerplay impacts in limited time, and comes in at above replacement level at even strength and on the penalty kill. His contract shouldn’t hurt either as someone who can play up and down the lineup.

Trade rumors around Marchessault surfaced around the deadline last season and after a hot start in Vegas, it seems like his role and importance are on the decline. With four years left on his deal at age 29, the offense-centric forward is likely to start facing a decline in production as well.

With his age and cap hit, Stastny would be a tough piece to move if it weren’t for one year remaining on his deal. The center is still providing some juice late in his career, and may be a nice stopgap center on a contending team.

Wennberg’s role in Columbus keeps diminishing, as he’s been somewhat unimpressive when relied upon in key situations the past few seasons. He’s just young enough and productive enough to warrant a team to take a chance on him, but with a $4.7 million cap hit, that team may be a bit desperate.

Sutter’s been mostly cast as a defensive center and penalty killer throughout his career and he’s been rather average at both. Any team acquiring him is paying for his experience, as he comes in north of $4 million on the cap.

The elder Strome is coming of a career-year in points with a boost from Hart Trophy-nominated linemate Artemi Panarin. He is due for a significant raise due to this, and the Rangers have a crop of young talented forwards looking to settle into a bigger role soon. Strome’s value is his offense, as he’s a bit of a liability defensively, so an inquiring team would not only need to pay him, but also slot him in the right situation to succeed.

You may be wondering why Saad comes in so low on this list. While he only has one year left on his deal, $6 million per is nothing to blink at. Saad’s production has dropped, as have his offensive impacts. Overall, he should be able to contribute still, but per dollar there are better options on this list.

Another Lightning player on this list who may be on the move quicker than he can get his day with the Cup, Johnson doesn’t quite have the offensive punch he used to. Since he’s already 30, it would be farfetched to expect he’d get it back, too.

Anderson is fairly young and likely not in for too significant of a raise or term as a restricted free agent. He’s slightly above replacement-level at even strength, however, and it may take the right situation in order to get him back to 20 goals again.

Another restricted free agent likely due a bridge deal, Virtanen was elevated at times to the top-six during the Canucks playoff run and failed to seize the opportunity. The former sixth overall draft pick has not lived up to his draft pedigree. Powerplay impacts aside, Virtanen is a replacement level player at best and unlikely to take a giant leap forward in the next couple seasons.

Miscast as a first line center, Johansen’s defensive shortcomings outweigh any offense he may provide at even strength. He’s a little more effective on special teams, but not nearly enough to justify his $8 million cap hit…for five more seasons.

At this point in his career, Kessel is a below-replacement level player at even strength, and his powerplay numbers do not make up for the rest of his game. At $6.8 million for two more years, anyone acquiring Kessel would be doing Arizona a favor.