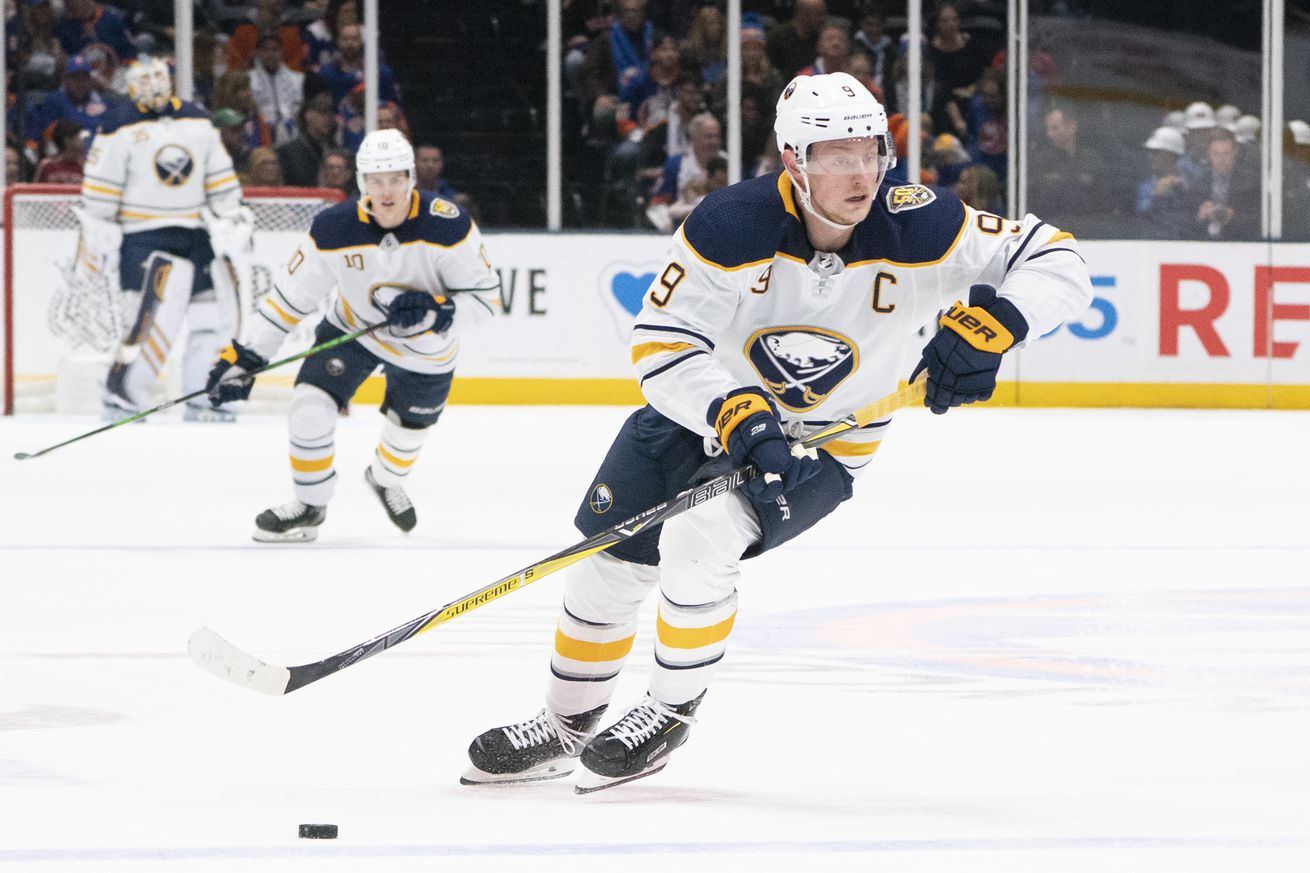 The Buffalo Sabres announced on Sunday their upcoming “Jersey Reveal Week,” which will be highlighted by the team’s reveal of new home & road jerseys on Tuesday, August 11 at 9 a.m. The new jerseys will feature the original royal blue, gold and white color scheme from the team’s inaugural years.

In addition to the jersey reveal, the team has several other special events planned for the week. On Monday, the Sabres will be giving away game-issued jerseys, presumably from the team’s 50th anniversary season, through their social media channels. Season ticket holders will receive an email to get their hands on a Gilbert Perreault bobblehead, while the team will also feature its annual player awards.

Other giveaways will also be featured throughout the week, while Buffalo landmarks such as the Peace Bridge and City Hall will be lit in ‘royal blue’ to commemorate the special week. Sabres broadcasters, alumni & special guests will also host a brand-new episode of “The Royal Round” on Friday, August 14 at 5:30 p.m.

A special auction with items from this past season will kick off on Monday at 5 p.m. and run through Sunday, August 23. Game-worn jerseys and equipment are expected to be included in the auction.

Most importantly, though: the royal blue jerseys are FINALLY coming. Though we don’t have any more specific details at this point, this is something many Sabres fans have been eagerly awaiting for quite a while. The wait will be over soon.