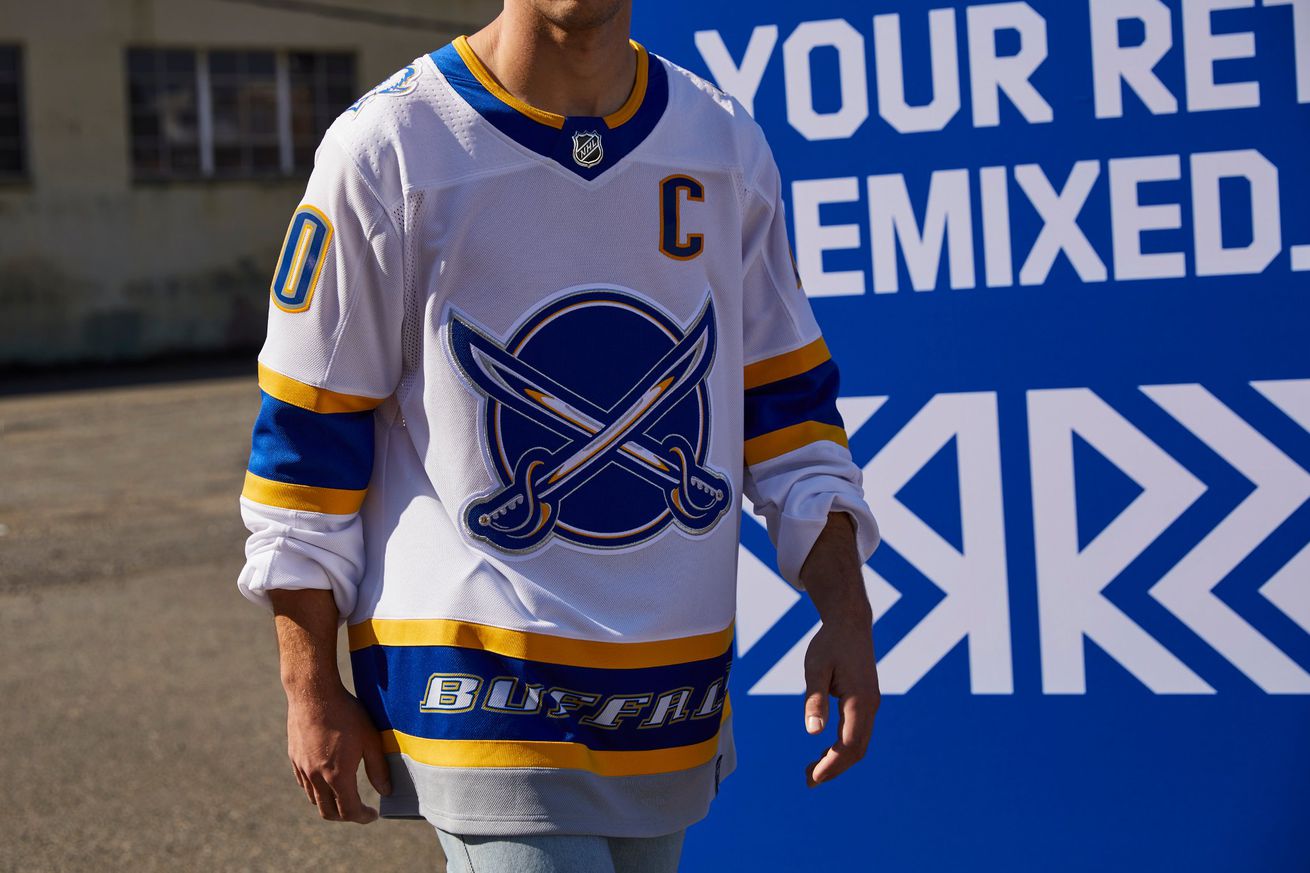 The much-anticipated jersey is now official.

The Buffalo Sabres have officially announced the release of their “Reverse Retro” jersey, which is expected to make its on-ice debut during the 2020-21 NHL season.

Originally reported by Icethetics back on October 19, 2020, the “reverse retro” alternate sweater was said to be “throwbacks with a twist”.

As we can see now, the Buffalo Sabres are most certainly throwing back with a twist.

Buffalo will be throwing it back to the 2000-01 NHL season, which saw them wear the “butter knives” jersey for the first time.

It is currently unknown when these jerseys will be implemented during the upcoming NHL season but one thing is for sure, Buffalo Sabres fans love their nostalgia and this jersey certainly scratches that itch.