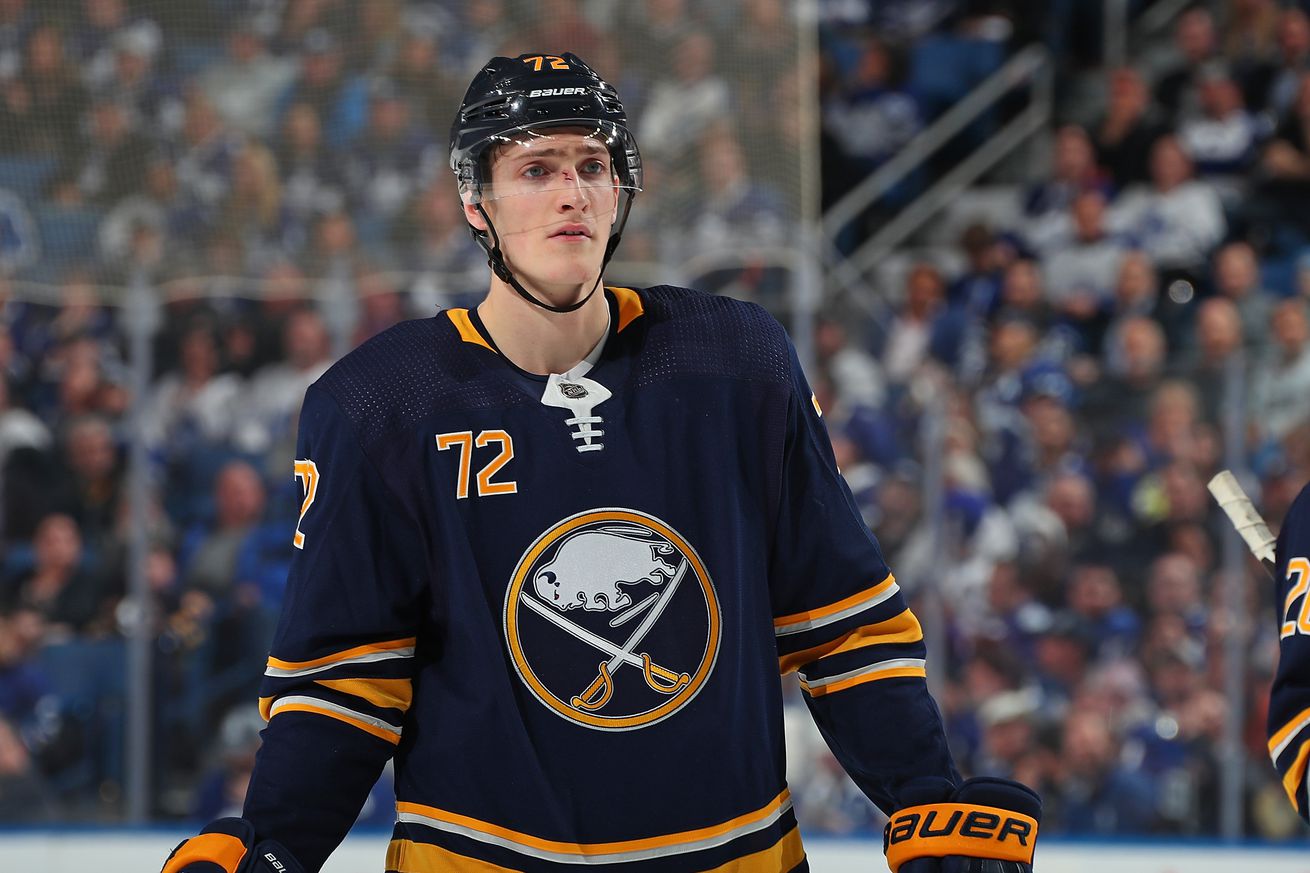 Elliotte Friedman of Sportsnet reported the Buffalo Sabres have signed forward Tage Thompson to a new three-year deal with an annual average value of $1.4 million. The Sabres officially announced the signing shortly thereafter.

The 22-year-old had a rough first year in Buffalo during the 2018-19 season. However, he put together a strong start to the season this past year in the AHL. He showed some promise with his scoring and using his size more.

Unfortunately, when he was called up to the Sabres he suffered a shoulder injury in his first game. That resulted in him needing surgery to repair the injury and miss the remainder of the season.

The Sabres are banking on Thompson at least hitting close to his potential and being a value contract for the next few years.