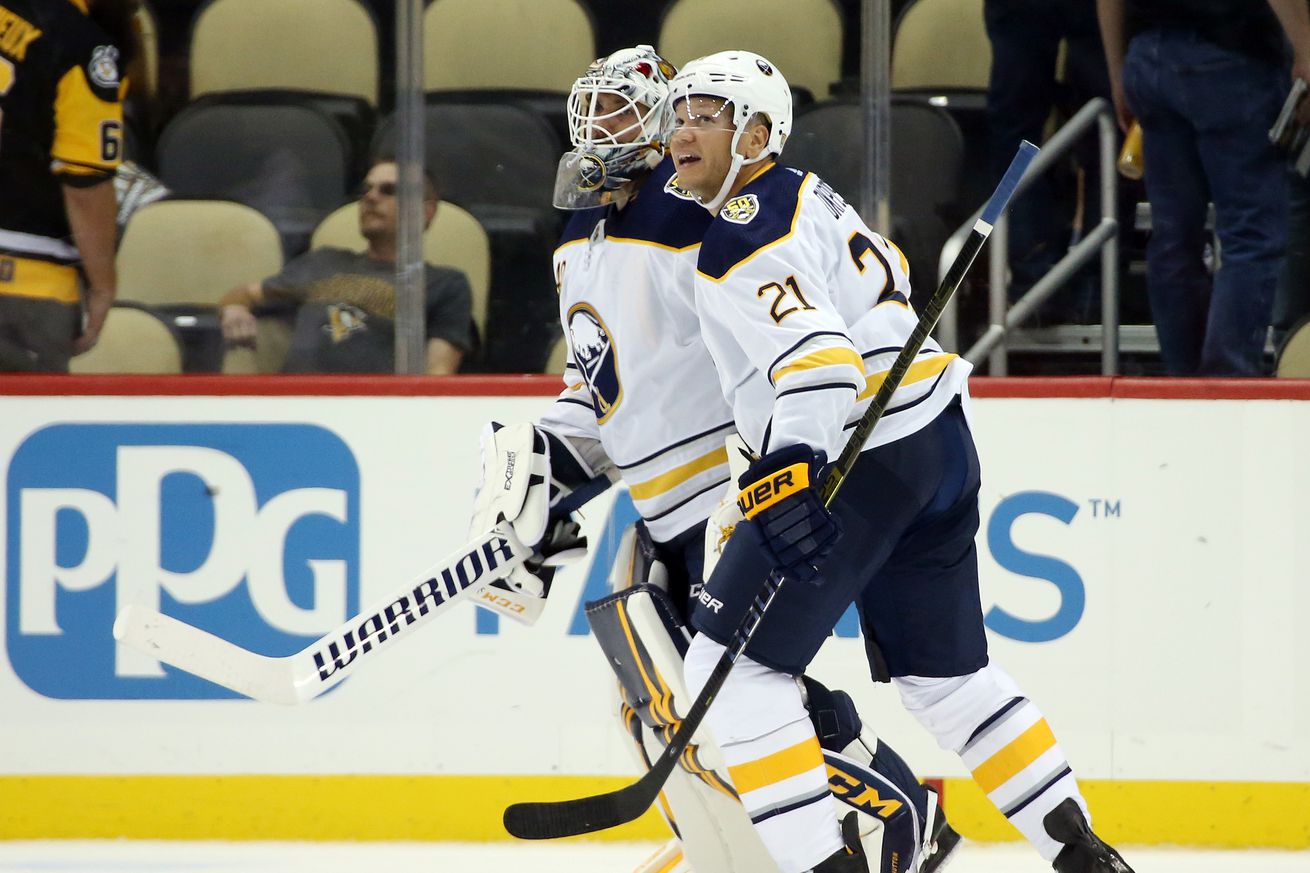 The NHL buyout window opens today through October 8th. The Buffalo Sabres haven’t bought a player out since Cody Hodgson in June of 2015. It’s unlikely that they’ll use a buyout this year, but they do have two players that could worth considering.

Kyle Okposo and Carter Hutton are the two that would be worth exploring a buyout this offseason. In case the Sabres do decide to go down this road let’s go over the details and consequences of a buyout for both players.

Pro: Buying out Okposo gets one of the worst contracts in the organization off the books. It also saves them some cap space over the next few years when they could be looking at an internal salary cap.

Beyond that, it doesn’t make sense for the Sabres to buyout Okposo this offseason. Due to the bonus structure of his contract, he has some buyout protection built-in that makes this difficult. It may make more sense for them to explore this route next year after the expansion draft. The cap savings in 2021-22 and 2022-23 would remain the same, but it would only result in two years of a cap hit at $1 million beyond 2022-23.

Con: While Okposo’s salary doesn’t fit what his role is, he has been an effective player for the Sabres when healthy. If his cap hit was $3 million instead of $6 million he would be more appreciated among the fan base.

He fits the role of a defensive bottom-six forward. Okposo was a big part of the Sabres shutdown “LOG” line last season. With the expected departure of Zemgus Girgensons and Johan Larsson, the Sabres are going to need a defensive forward. Removing all of the players from that line would be a hit to their defensive ability next season.

Pro: Buying out Hutton would of course mean there’s a change coming in goal. It’s an area that the Sabres need to improve if they want to be a playoff contender next season. It also saves them money on their cap that they can re-invest into the position. It’s unlikely they’d be able to move Hutton without retaining salary and they may end up saving more in a buyout.

They’d carry a cap hit into next year, but the $916k shouldn’t hold them back from accomplishing anything next offseason.

Con: In most cases it doesn’t make sense to buy out a player with only one year remaining on their contract. Especially for a team like the Sabres that are not going to find themselves in salary cap problems.

If they want to move on from Hutton they could always assign him to the AHL as a worst-case scenario. It would only save them $1.025 million on the cap, but it doesn’t add another year of a cap penalty.

Jeff Skinner would be the only other player that would be worth having a conversation on as a buy out option. However, the Sabres are not doing that only one year into that deal even with the down season. If he puts together another poor year like this most recent one, then it may be a different conversation next offseason.