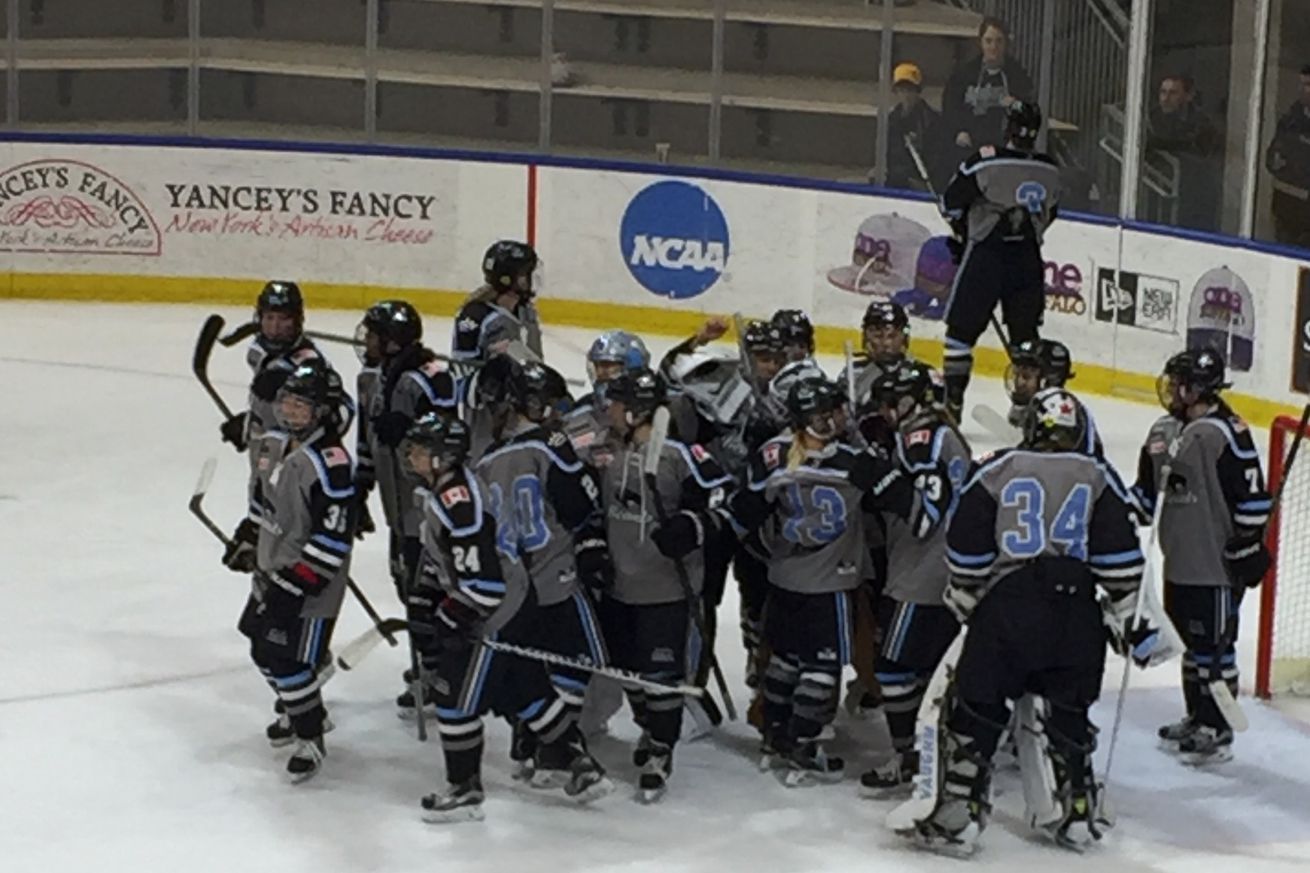 Beauts’ bitter battles with former statements are those for the ages

For fans of the NWHL, the Buffalo Beauts and New York (now Metropolitan) Riveters have provided five seasons of bitterly contested games. These tilts are just that – physical matchups that frequently go outside the rules and have ended in more suspensions than any other matchup in league history The rivalry hails back to the inaugural 2015-16 season, when the Beauts and Riveters slugged it out for last place in the regular season in an attempt to avoid the high-powered Boston Pride in the playoffs.

The teams first met on November 29, 2015; a game in which the Beauts come out on top – the organization’s first win in its history. The two same-state rivals clashed again after the holiday break, with the Riveters securing a 7-3 victory. Between the two matches, 20 penalties were called, with an increasing number of violent infractions – roughing, elbowing, and body checking.

The January 17 iteration took things to a whole new level. There were 19 penalties assessed in the game, including three game misconduct calls. The game itself was bananas-in-pajamas – a melee that featured 98 shots on goal and 10 goals in regulation. The shooting gallery was topped by the Riveters’ Brooke Ammerman, who unleashed 11 shots, and Buffalo’s Megan Bozek, who took 10. Ultimately, Buffalo came out on top 6-5 in the shootout.

Because of the size of the league and the schedule, these two clubs became very familiar with each other. Familiarity, as they say, breeds contempt, which is proven true in this instance. The next meeting came only two weeks later, in which 25 percent of the penalties called were body checks. The final matchup of the season saw two unsportmanlike conduct penalties, and the Buffalo victory sealed their fate for the playoffs.

Sarah Casorso leaves the ice for the final time as a Buffalo Beaut. pic.twitter.com/oiEU2MWAtU

The Legend of Sarah Casorso will live on in infamy, of course. She and Madison Packer have had a contentious history that began when Casorso delivered a questionable hit on Packer in a losing effort for the Isobel Cup in 2018. On January 12, 2019, Casorso announced pregame that she’d be retiring from hockey to focus on her career as a brewer at Bench Brewing. Packer made sure to give Casorso a fitting goodbye – with 33 minutes left in Sarah’s final game, the two squared off in a grappling match that ended with both being tossed.

As noted by The Ice Garden’s Casey Bryant, there have been eight suspensions in league history, and six have been assessed following Beauts/Rivs games – most recently following the league’s first outdoor game at Buffalo’s Riverworks facility. Five years later, the most heated rivalry in the NWHL rages on. The game resulted in 11 goals, with Buffalo losing 7-4…and 12 penalties, seven of which were (unsurprisingly) violent infractions.

The rivalry shows no signs of slowing down, and with an exciting season six on the horizon, these two will surely provide the fans with the intensity we’ve all come to expect from their matchups.