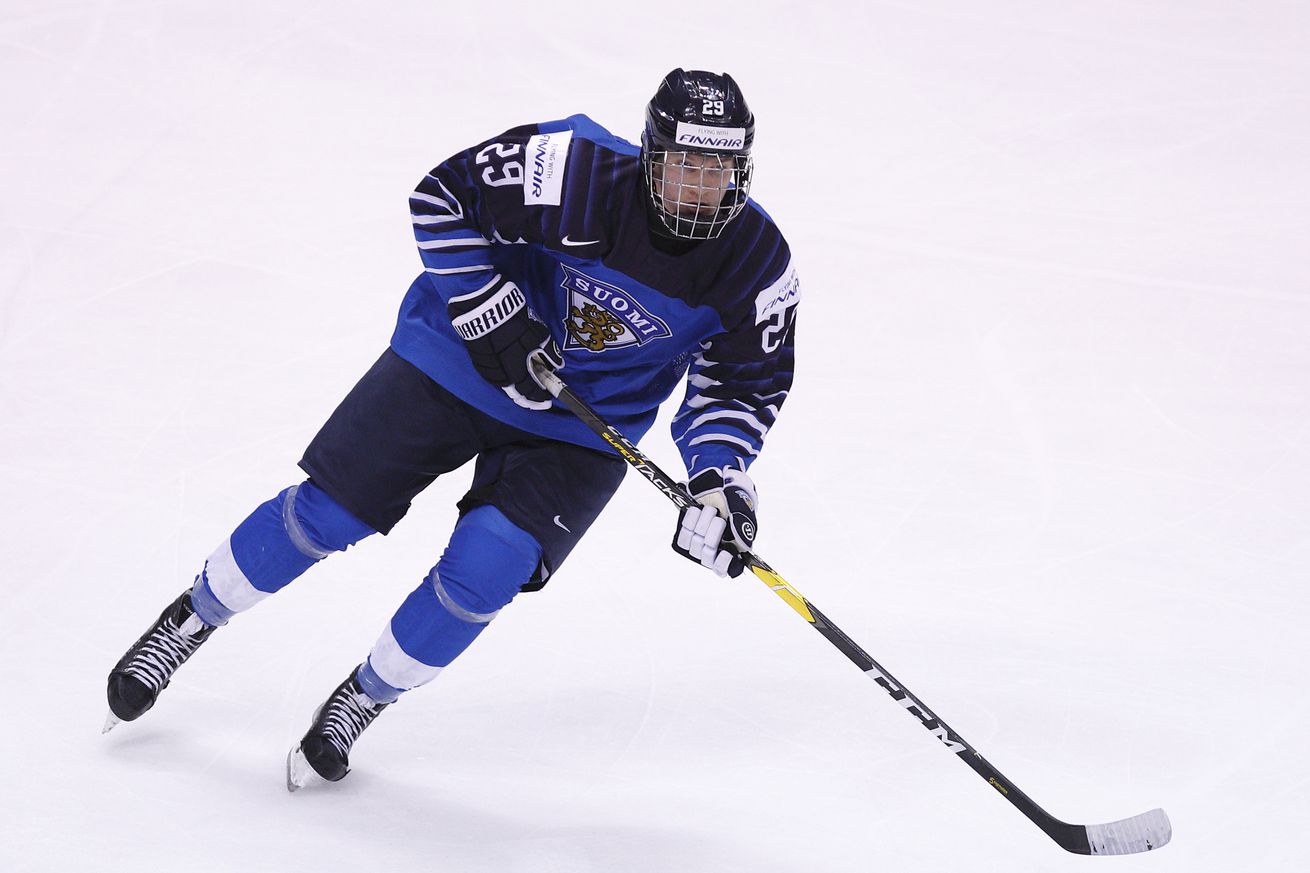 The top of the 2020 NHL Draft is full of forward prospects and that happens to be the biggest need for the Buffalo Sabres in their prospect pool. After the first pick in this draft things start to get interesting right away. There are a variety of scenarios that could unfold before the Sabres are on the board at eight.

This year in the SB Nation mock draft with how the board fell, we were left with two options to decide between at eight. Those two players were scoring winger Alexander Holtz and two-way center Anton Lundell.

The decision was made to pick the center in Lundell. It’s a big need in the system and still at the NHL level. The Finnish forward plays for HIFK in Liiga and has played an important role for them as a young player. He put together 10 goals and 28 points in 44 games last, which is impressive numbers for an 18-year-old.

He’s one of the top two-way players in this draft and may be one of the closest to being NHL-ready. Lundell’s ability to control play for his club when he’s on the ice showed through in his possession numbers last season. He was second in Liiga in shot share (61.9%) among all players to play at least 30 games, according to Liiga’s official site.

Some people have concerns about his offensive upside, but I’m not sure that’s going to be an issue for him in the NHL. He may never be a 70-80 point player in the league, but he has the potential to be a consistent 50-60 point player. Lundell has an underrated shot that can alone make him a dangerous offensive player.

He also has more playmaking ability than he’s given credit for. One of the biggest knocks on his game is his skating, but reports to start this season have said there has been improvement there.

Anton Lundell (2020) with a great cross-ice pass for the primary assist on the PP. #Liiga #2020NHLDraft pic.twitter.com/0nbOQpbSv0

Lundell is wearing a letter for his Finnish squad as a 19-year-old. That shows positive signs of maturity and leadership in a young player.

The Sabres may opt to go with the raw scoring talent of Holtz in that situation, but Lundell feels like a perfect fit for what the Sabres need down the middle.

Here were the picks before the Sabres were on the board –