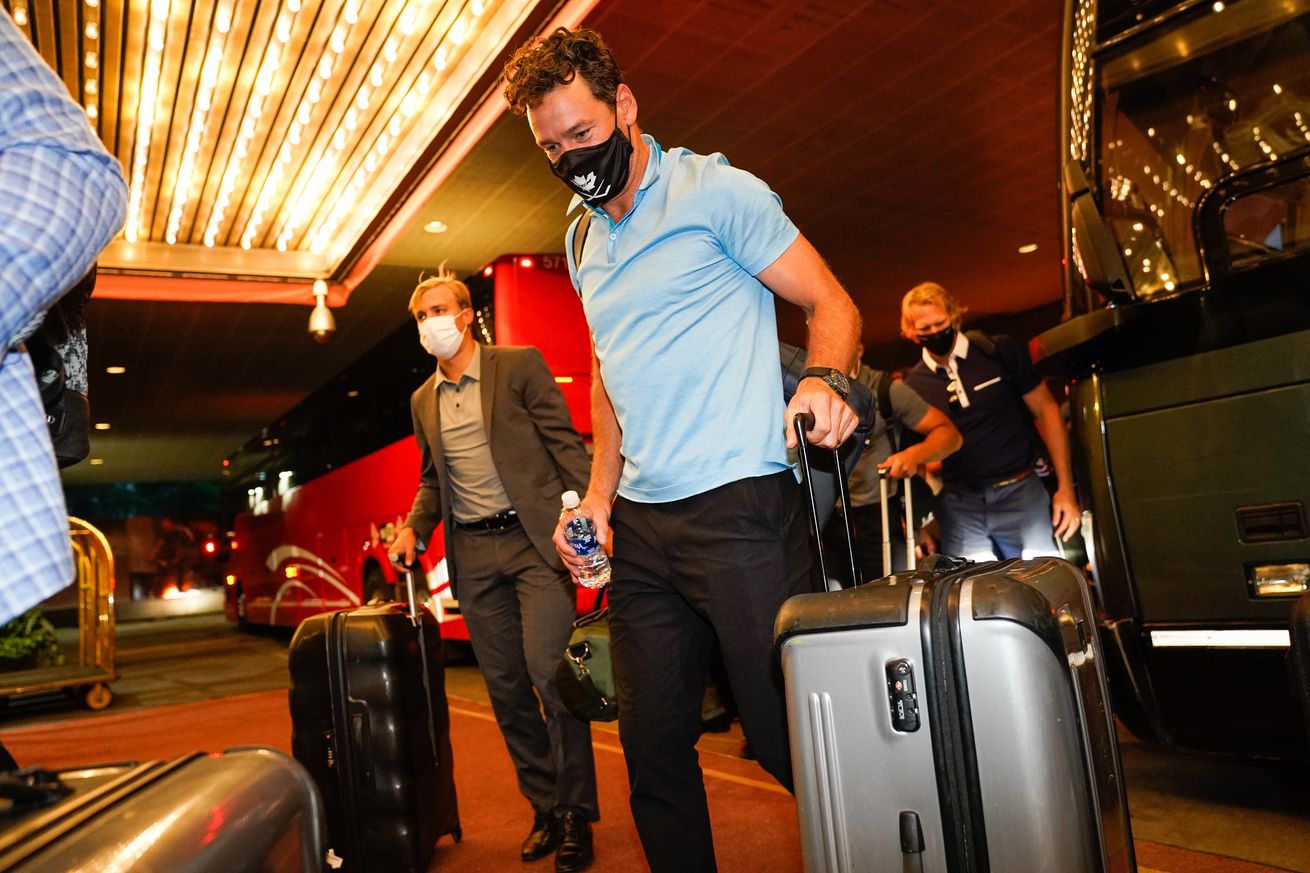 More than four months after the NHL put its season on pause due to the coronavirus pandemic, the league is set to return to play this week – albeit, after skipping the remainder of the regular season and going straight to a modified playoff situation that has seen 24 teams make their respective ways to Toronto and Edmonton.

Teams will settle into the “bubble life” in Toronto and Edmonton on Monday, before exhibition games begin Tuesday in both cities. These games, which will continue through Thursday, will give teams a chance to refresh their legs, hit the ice and get accustomed to the swing of things before the games that actually count begin on August 1.

In case you need a refresher, here’s how the next few weeks will go down. (This is, of course, presuming that teams & players remain safe, and that coronavirus doesn’t impact those in the NHL bubbles.)

Exhibition games begin Tuesday and continue through Thursday. Each team will play one exhibition game, with the Pittsburgh Penguins and Philadelphia Flyers kicking things off at 4 p.m. ET on Tuesday. That exhibition will be televised on NBCSN, while the later two games that day will both be on NHL Network.

Here’s the full exhibition schedule. (All times are ET).

The Stanley Cup Qualifiers will begin on Saturday, August 1.

Per NHL.com: “The top four teams in each conference, based on points percentage, will play a three-game round-robin, and the No. 5-12 seeds will play in eight best-of-5 series. The winners of those series will advance to the first round of the Stanley Cup Playoffs against the four teams from the round-robin.”

Saturday will kick things off nicely, with five games on the schedule beginning at 12 noon. Most of the games will be televised on either NBC or NBCSN, though some of the qualifier games will be on NHL Network or USA.

Here are the best-of-five series that will be played:

Rangers vs. Hurricanes
Panthers vs. Islanders
Canadiens vs. Penguins
Blue Jackets vs. Leafs
Blackhawks vs. Oilers
Jets vs. Flames
Coyotes vs. Predators
Wild vs. Canucks

Here are the round-robin series that will be played:

Flyers vs. Bruins
Blues vs. Avalanche
Capitals vs. Lightning
Stars vs. Knights

The NHL announced player rosters for these 24 teams. Each team is allowed to bring a maximum of 31 players.

You can find the full rosters here, but there are a lot of familiar faces for Buffalo fans.

The qualifiers will end no later than Sunday, August 9.

After the round robin & qualifying rounds, the first and second round playoff series will be played. The conference finals and Stanley Cup Final will both take place at Rogers Place in Edmonton, with the Stanley Cup expected to be awarded by October 4.

As the NHL returns to play this week, there are a couple of other dates to keep in mind in the next few months. The NHL will hold the second phase of its draft lottery on August 10th to determine which team gets the coveted first-overall pick in the draft, which will be held between October 9 and 10.

The Stanley Cup Final should begin around September 22. Free agency will then open in mid-October, before training camps open on November 17 for the 2020-21 season. The league has set a targeted date of December 1 to begin the 2020-21 season – which means there are still at least four months until we see regular-season Buffalo Sabres hockey again.

Are you looking at it as an agonizing four months until the Sabres return, or as four months of peace and quiet before the struggling Sabres hit the ice again? No matter how you choose to look at it, a lot can happen in the next few months, both on and off the ice, so stay tuned.