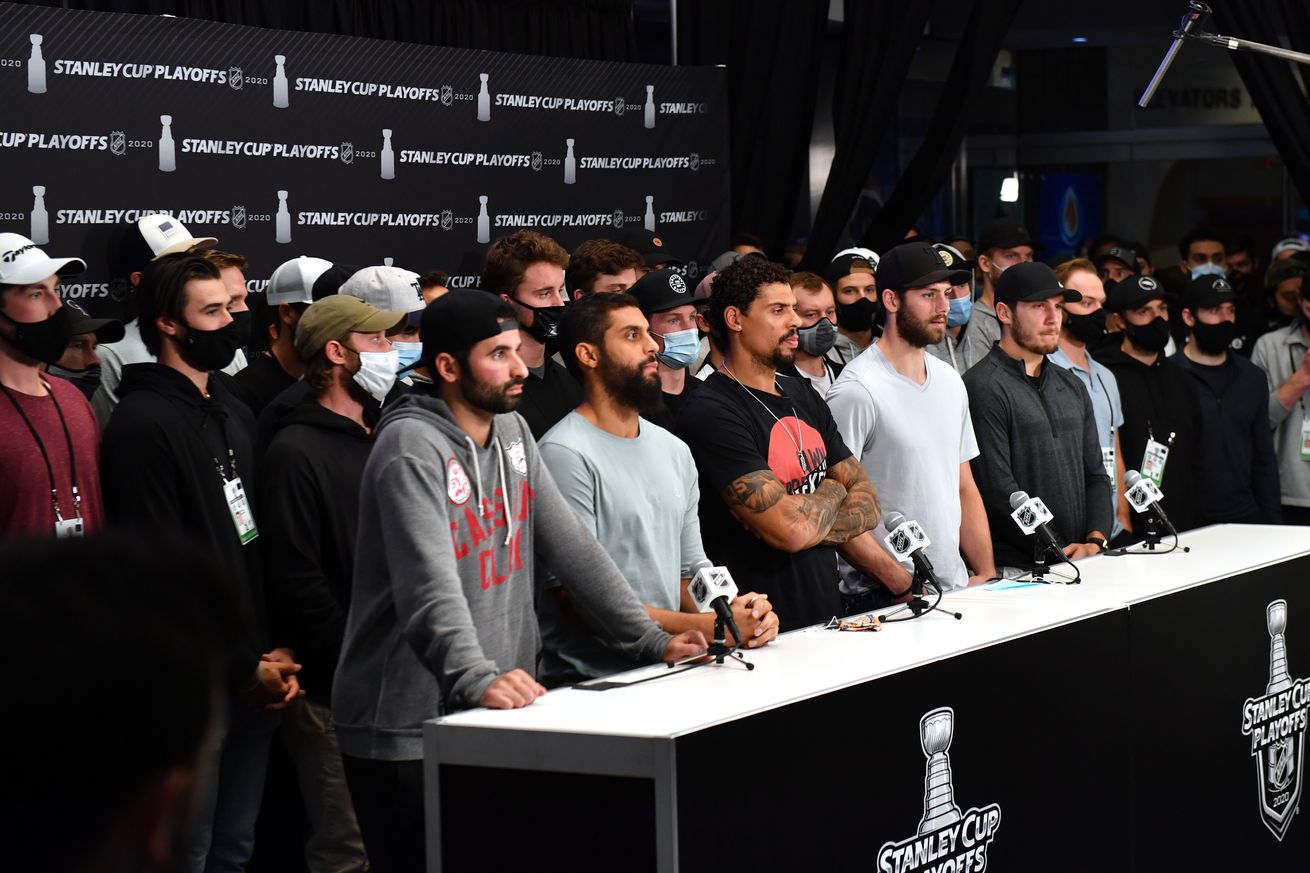 The players pushed to postpone playoff games for the next two nights.

Better late than never, I guess. After continuing on with play last night while other sports postponed their games in protest of the Jacob Blake shooting, the NHL and NHLPA have decided to postpone their games the next two nights.

The Hockey Diversity Alliance pushed the NHL to postpone their games earlier in the day.

We the @TheOfficialHDA have formally requested the @NHL to suspend all playoff games today. We strongly feel this sends a clear message that human rights take priority over sports.

Later, Evander Kane and Matt Dumba got onto a conference call with players in the bubble to discuss how they should proceed. The decision was made to by all eight remaining teams that they want postpone their games to protest the shooting of Jacob Blake.

The playoffs will return to action in both bubbles on Saturday.