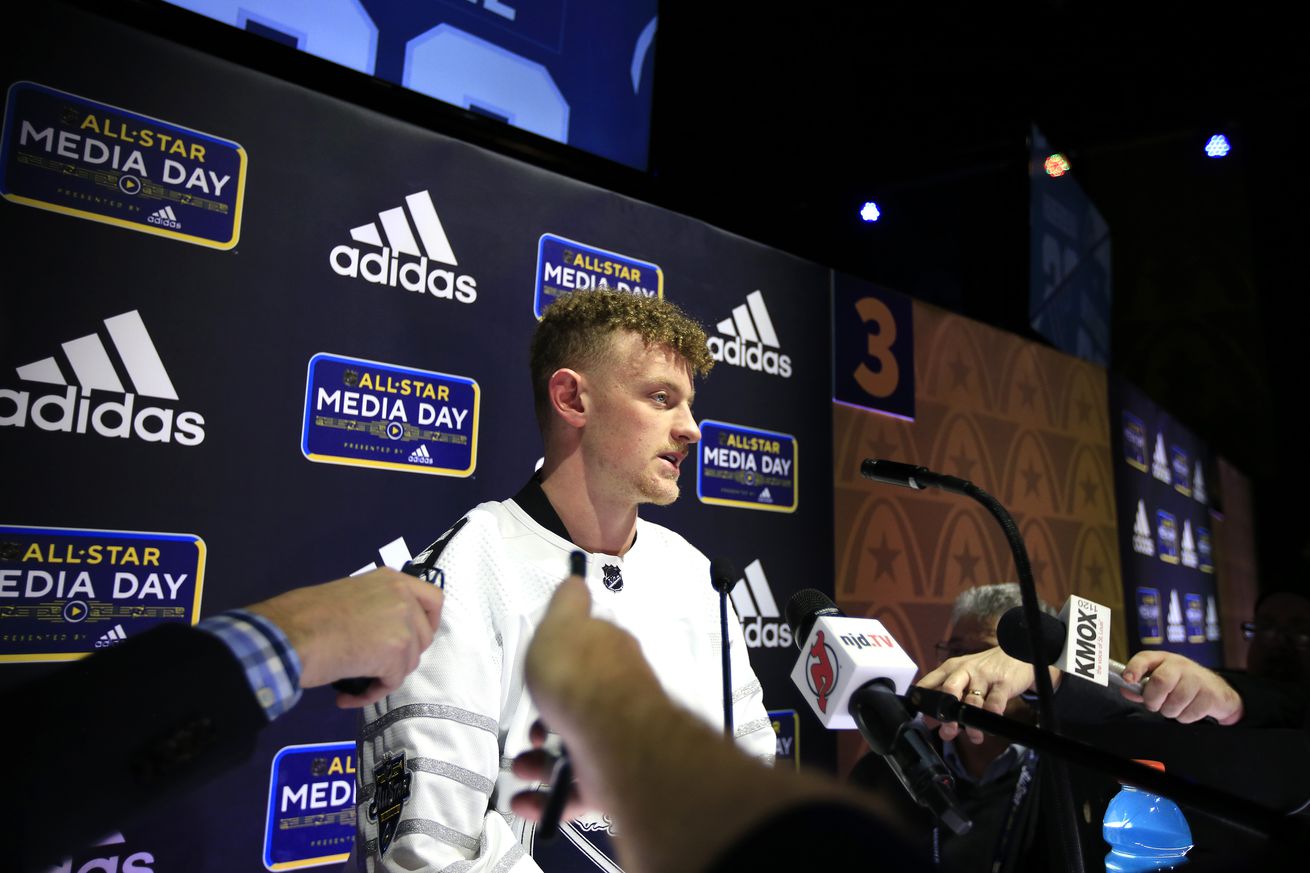 The new Sabres GM had fielded some calls, but nothing came of them

Out of nowhere yesterday there was some chatter about a potential Jack Eichel trade, and just like that, the talk was dismissed as well.

Thanks to the in-depth reporting from NHL insider Bob McKenzie, the Buffalo Sabres did receive some phone calls asking if the club were looking to trade away the captain and centerpiece of the franchise when new General Manager Kevyn Adams took over in June. but nothing came of it and the matter has been laid to rest.

The journalist spoke at length with Peter Fish, the player’s agent, who dismissed the notion that Eichel wants out of Buffalo, and similarly Adams is not looking to trade the player either.

Imagine my surprise when I started making calls today and heard Jack Eichel trade rumours, including unverified chatter he may have at some point recently requested a trade out of BUF and that NYR were amongst interested teams. This, of course, required further investigation.
“I hear that (trade talk) a lot,” Eichel’s agent Peter Fish said. “Jack wants to win, he’s frustrated (not winning) but, no, he doesn’t want out. Jack is preparing to head to Buffalo at some point here and prepare for the season, whenever that may be. That’s all he controls.”
The messaging out of BUF is Sabres aren’t shopping Eichel, there’s no real desire to trade him, but since Kevyn Adams became new GM several clubs have called about Eichel’s availability. NYR believed to be one of the teams that called. So calls were made; calls were taken.
None of those talks with other clubs resulted in Eichel trade traction. But it’s also believed there has been dialogue between Eichel and BUF to ensure they both want the same thing (to get better obviously) and share the same timetable (sooner rather than later).
So, the face-value review appears as follows: Eichel doesn’t want out of BUF; BUF doesn’t want to trade Eichel; move along, nothing to see here. Fair enough. But some rumours are worth checking out/mentioning. Which I’ve now done. Now back to draft prep.

Eichel still has six years left on his eight-year, $80 million contract and recently finished eighth in Hart Trophy voting for this COVID-impacted season. The center has 337 points (137 goals, 200 assists) in 354 games for the franchise since he was drafted 2nd in the 2015 NHL Entry Draft.

While this is not necessarily going to lay to rest further trade speculation around the franchise or the player, it is quite clear that another losing season will almost certainly see an amplification of this chatter.