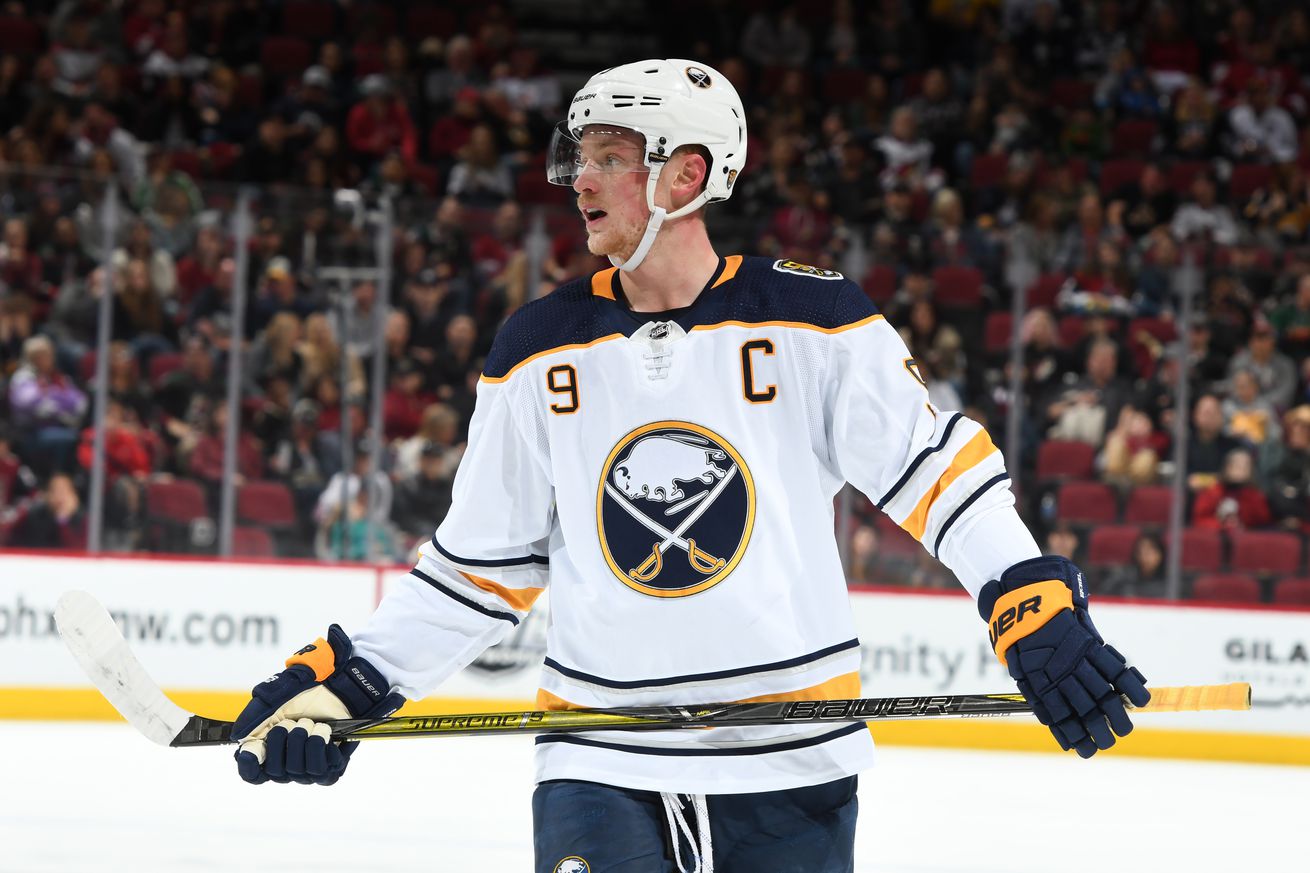 The NHL announced its 31 nominees for the King Clancy Memorial Trophy late this afternoon. Jack Eichel was selected as the nominee from the Buffalo Sabres.

The @NHL has announced the 31 team nominees for the 2019-20 King Clancy Memorial Trophy. https://t.co/FupLpsuIgA pic.twitter.com/Z379V56Zaw

According to the NHL, the King Clancy Memorial Trophy is given annually to the NHL player who best exemplifies leadership qualities on and off the ice and who has made a significant humanitarian contribution to his community.

From all accounts Eichel took a huge step as a leader inside the room with the club this season. Head coach Ralph Krueger talked about his maturity throughout the year and I could personally see the change in approach during postgame interviews

Ralph Krueger on Jack Eichel’s leadership: “He’s now a leader that understands quality over quantity…It doesn’t seem to be a burden on him to be captain, it’s a responsibility.” #Sabres #NHL pic.twitter.com/VwprHYyRAN

After the season, players echoed a similar sentiment about his leadership and how they respected his passion, as well as his dedication to the game.

Off the ice, Eichel most recently made a considerable sized donation to the Western New York Community in partnership with Bauer. The Sabres captain donated 5,000 masks to area hospitals back in April when they were desperately in need.

Rob Ray was the last Sabres player to win the King Clancy back in the 1998-99 season.