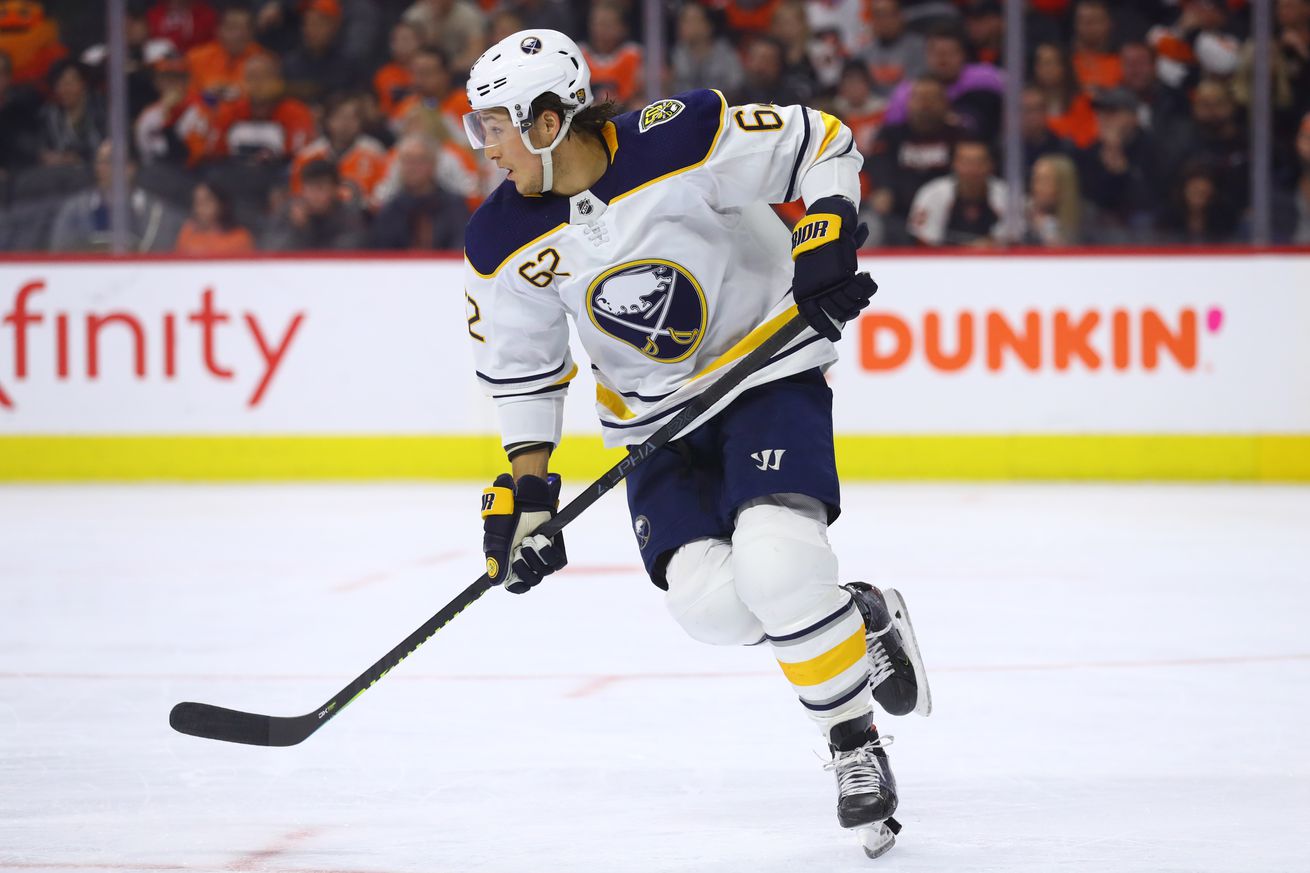 Brandon Montour has been one of the favorite trade pieces for fans with the Buffalo Sabres this offseason. The trade hasn’t gone as planned in his year and a half with the club when he was acquired from the Anaheim Ducks.

Well, Elliotte Friedman of Sportsnet kicked it to another gear on the 31 Thoughts podcast. In the middle of a conversation about the Edmonton Oilers and their restricted free agent Andreas Athanasiou, he dropped an eyebrow-raising comment on the Sabres.

Friedman and Jeff Marek were discussing how some restricted free agents may not receive qualifying offers and Friedman says:

“you know who I heard is going to be that guy too maybe? Brandon Montour in Buffalo.” Marek quickly replied with: “I heard that.”

Well, that’s an interesting approach if that’s the case. This is a player the organization spent a first-round pick and a prospect (Brendan Guhle) on to acquire less than two years ago. It doesn’t make sense to let him leave for nothing. There’s no reason they can’t find a trade for the player. His value has not dropped that much.

The tight offseason window may be playing a factor in all of this along with the flat cap. The Sabres could fear his arbitration award and the change in the arbitration rule this year makes things interesting too. If a team decides to walk away from an arbitration award on a player they don’t automatically become unrestricted free agents. The player now has the option to take the offer that the club made in arbitration.

Montour wouldn’t be in for some kind of break the bank award which makes this all odd. His qualifying offer would be $3.525 million according to Cap Friendly. He also had a down year, so I’m not sure I get where the concern of a massive arbitration award would come from.

We’ll see where this goes, but at the very least it sure sounds like the chances of Montour returning to the Sabres are slim.