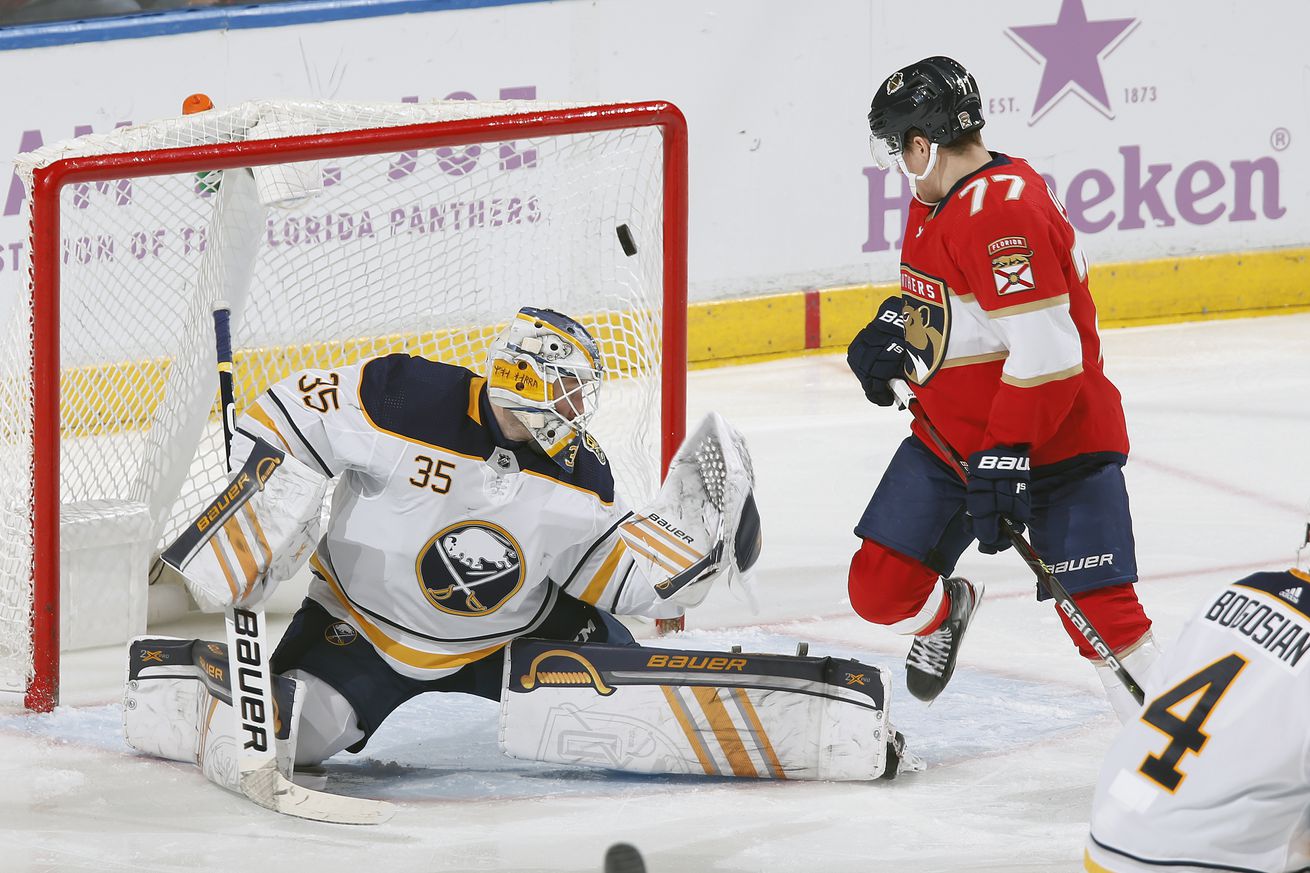 Lots of moving parts to try to construct a winner.

The Buffalo Sabres need some help if they want to be contenders for the Stanley Cup anytime soon, or even reach the Stanley Cup Playoffs. In the revised playoff format this season due to the COVID-19 pandemic, the Sabres actually weren’t far out of a spot in the postseason – but in a normal season, the team seemed much further away from playing into the summer months.

WIth that said, general manager Kevyn Adams has a lot of work on his hands this offseason. Following up on Chad’s multiple “be a GM, build a roster” articles posted so far, here’s my first crack at what I’d do for the Sabres roster heading into next season.

A whole bunch of RFAs to deal with here. I know there have been talks about the Sabres not extending a qualifying offer to Montour, but hey, I’m the GM here and I do what I want.

Also, honestly on the fence about making an offer to Mittelstadt. I don’t extend a qualifying offer to Tage Thompson, whose play I like but whose time with Buffalo seems to be dwindling.

Ristolainen needs to be moved, and I’ve liked what I’ve seen from both Vatrano & Priskie. Throw Fitzgerald, a respectable AHL or substitute NHL defender, and Asplund into the mix. This is probably too big of a return from Florida, but I’d like to aim high. Ristolainen by himself would normally require a significant return, but his trade stock has likely dropped in the last few months.

The Sabres have a few unrestricted free agents, but I’m only bringing back Jimmy Vesey. I wasn’t a huge fan of Vesey initially, but I like the way he’s growing into his game here in Buffalo, and I’d like to see what he can do for a few more years. I give him a three-year, $3.5 million which will take him into age 30. (Yes, I realize I’m overpaying.)

To fill in one of the remaining gaps up front, I sign winger Josh Anderson (Columbus) to a three-year, $2.95 million offer sheet deal. In return, the Blue Jackets get a 2021 2nd-round pick as compensation.

Like Chad did in his previous iteration of the roster projection, I also waive Carter Hutton to the AHL. I also bring back fan-favorite Ryan Miller on a 1 year deal worth $3 million. Who knows how much time Miller has left in the league? Let him finish out his career in Buffalo and act as a great mentor to Ullmark, who should be the Sabres’ future in net.

I finish things off by signing Nashville’s Colin Blackwell (a center) to a two-year, $1.25 million AAV deal and bring up Will Borgen from the AHL to round out the blueline.

With all that done, here’s how my final roster looks:

After all is said and done, I’ve got about $2.1 million in cap space left after this. I’ve brought in a few key pieces that I think can help turn things around and improve the Sabres in the years to come, not just the immediate future. I also let go of a few players, including Zemgus Girgenson & Johan Larsson, whose time in Buffalo I feel is winding down.

Did I make enough changes to have a significant impact on the team’s performance in the upcoming season?