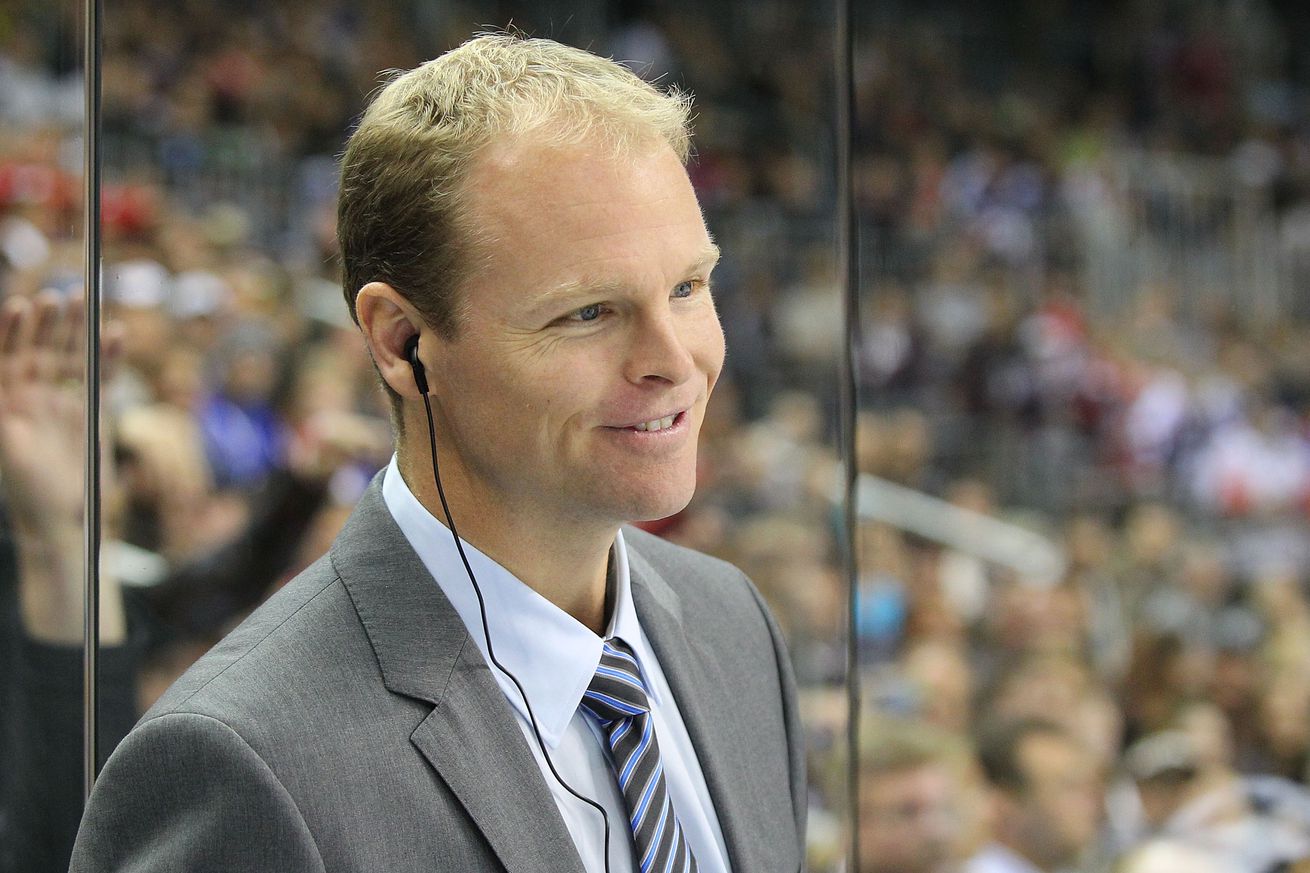 Time to take another run at putting together the Sabres roster, post draft lottery edition

Back in March, I put together a 2020 offseason projection for the Buffalo Sabres. I had some fun putting together some trades and attempting to rebuild the club into a playoff contender. That seemed to go over well last time, so I’m back to try it again.

Now that we officially know where they’ll be drafting in the 2020 NHL Draft and a new general manager is in place, we have a little more clarity moving forward. Just like last time, I’ll go through re-signing restricted free agents, the draft, trades, and unrestricted free agency to put together a roster that could be competitive next season.

I did my best to be reasonable in trades and used Evolving Hockey’s contract projections as the guide to give new contracts. Remember, this is just for fun and to spark some discussion. Not like anyone was there to tell me no in any of these moves.

Alright, let’s start with the easy part of this and get the restricted free agents out of the way. Not much is going to change from the last time I did this. I re-signed all of the major RFA’s, except for Brandon Montour. We’ll get to that later.

Here are the contracts they were all signed to:

Now, that we have that out of the way, I moved onto the NHL Draft. There has been a lot of talk about whether the Sabres should keep the pick or move it to acquire that second-line center that they desperately need.

In this situation, I decided to keep the pick at eighth overall and selected center Anton Lundell out of HIFK in Finland. He’s a solid two-way center that may one of the more NHL-ready prospects in the draft. Lundell put together a great season as an 18-year-old in the Finnish pro league, Liiga.

It’s more likely than not that if Lundell is the pick that he’ll return to Finland for one more season. Especially when you consider European leagues are on track to begin their 2020-21 season well before the NHL. However, in this scenario, I’m going to keep him on the NHL roster. I plan to use him in a fourth-line center role that will shelter him and play to the strengths of his defensive game.

They’d like to bring back Larsson, but the feeling doesn’t appear to be mutual on his end of things. We’ll see if they throw enough money at him to convince the defensive center to re-sign.

Let’s move onto the fun part of this exercise, the trades. I made three deals in total.

As I mentioned above, I didn’t re-sign Montour and this is why. I sent him to the Toronto Maple Leafs in exchange for a center to play behind Jack Eichel and bridge to the developing centers in Dylan Cozens and Lundell.

The Leafs need a right-shot defenseman with Tyson Barrie and Cody Ceci both likely to depart as unrestricted free agents. After acquiring Kerfoot in the deal with the Colorado Avalanche for Nazem Kadri last offseason, his name was floated out as being available for help on the blue line.

He’s not that flashy center that you may be looking for, but he can take the pressure off of Cozens. Kerfoot can also play in defensive zone situations and could be that “grinder” center that has fit well with Jeff Skinner in the past.

Here’s the big move of the offseason for the Sabres. I’ll start with what they brought in. They pick up a young top-six forward, draft pick, and a goaltender from the Flames.

Lindholm was a player that was on the Sabres radar back in 2018 when Ryan O’Reilly was traded. He was their main target in trade discussion with the Carolina Hurricanes about O’Reilly. When the Sabres wouldn’t move off their desire to not pay the bonus due to O’Reilly, the Hurricanes moved on and made the big trade with the Flames that offseason.

The 25-year-old carries a contract with four years remaining at a $4.85 million cap hit. Not bad for a player that is as productive offensively as him. He’s not a play-driving winger, but he’s one of the top forwards in the league at impacting scoring for his team, as you can see below in Micah McCurdy’s isolated impact chart.

He could be a good fit to play on the wing with Cozens to get him up to speed quickly in the NHL.

Talbot comes over as a pending unrestricted free agent. I signed Talbot to a new two-year deal with a $1.75 million cap hit to back up Linus Ullmark until Ukko-Pekka Luukkonen is ready to come to the NHL. The 32-year-old goaltender did bounce back last season behind David Rittich. You’re hoping he can provide more over the next few years than the Sabres got out of Hutton.

The draft pick in this trade is a conditional 2021 third-round pick. It becomes a second-round pick if Ristolainen plays in 50% of the games and the Flames make the postseason in 2020-21.

The main piece going out the door is Ristolainen. Putting aside the is he good or not argument, I think it’s time for both the player and organization to get a change. He’s been under the microscope for years in Buffalo and is one of the faces of all the losing. It’s no secret that he wouldn’t be opposed to a new opportunity elsewhere. The Flames are about to lose a few right shot defenders in free agency, including possibly TJ Brodie. Ristolainen is a younger player than can take his spot.

Asplund is a young forward they can add to their bottom six. It feels like he missed an opportunity to stick in Buffalo last season and may make him trade bait this offseason.

Hutton is the final piece and he’s shipped out to replace Talbot for a year in Calgary. The Sabres retained $1 million of his salary in this scenario. Essentially acting as a buyout, but it’ll only be on their cap for one year as opposed to two.

Earlier this week, reports from Aaron Portzline of The Athletic surfaced that the Blue Jackets could look to trade David Savard in the offseason.

Aaron Portzline, TheAthletic: “I’ve been told by people across the league to expect the Columbus Blue Jackets to shop Josh Anderson and a defender (David Savard?) this off-season. I suppose it’s not out of the question that Joonas Korpisalo is added to the mix.” #CBJ

The 29-year-old defender is scheduled to be an unrestricted free agent after the 2020-21 season. They could be looking to clear some cap space and don’t have plans to bring him back after his contract expires.

Savard plays a lot of tough minutes for the Blue Jackets and would be a perfect fit to play on the top pair with Rasmus Dahlin next season. The right-shot defender would be a nice defensive compliment to allow Dahlin to be more involved in the game offensively at 5 on 5.

After acquiring him, I immediately signed him to a two-year contract extension with a $5 million cap hit to carry him through the 2021-22 season.

This costs the Sabres a second-round pick, but hopefully, they recoup that in the trade with the Flames. Davidsson is a prospect that hasn’t lived up to expectations yet after being selected in the second round of the 2017 NHL Draft. He remains unsigned and is 21-years-old with a ceiling that looks like a bottom-six forward. The Sabres have enough of those players at this point.

Onto the last step in this process. I made two free agent signings.

The first signing was forward Jesper Fast with a three-year contract that carries a $3 million cap hit. I’ve talked about Fast plenty, so I won’t get into the details for the 10th time on why I like the player.

The other signing was on defense in Jon Merrill. I signed him to a one-year deal worth $2 million. This gives Jacob Bryson another year to develop.

Merrill most recently played with the Vegas Golden Knights. At only 28-years-old he can fill the need short term on the left side of the blue line. He’s underrated in terms of his impact defensively. Merrill was 12th in even-strength defense in Evolving Hockey’s expected goals above replacement (xGAR) model this year. He also has been one of the top impact defensemen defensively over the last few years.

After all of the moves here is how the roster looks with $2.8 million in cap space to spare:

With the expansion draft for the new Seattle franchise coming in the 2021 offseason, it’s important to keep an eye on that when building a roster. Therefore, let’s quickly look at how the Sabres will look in the expansion draft with this new roster.

Using the 7-3-1 approach, here is who I would protect in expansion with this current roster:

That would leave the following players exposed in expansion that are on the main roster:

The main concerns here would be exposing Thompson and Mittelstadt. We’ll have to see how both develop next season. If the Sabres don’t want to lose either player for nothing they’ll need to move them before the draft or work out a deal with Seattle to prevent them from selecting them in the draft.

So there you have it. Another roster projection for you to discuss.