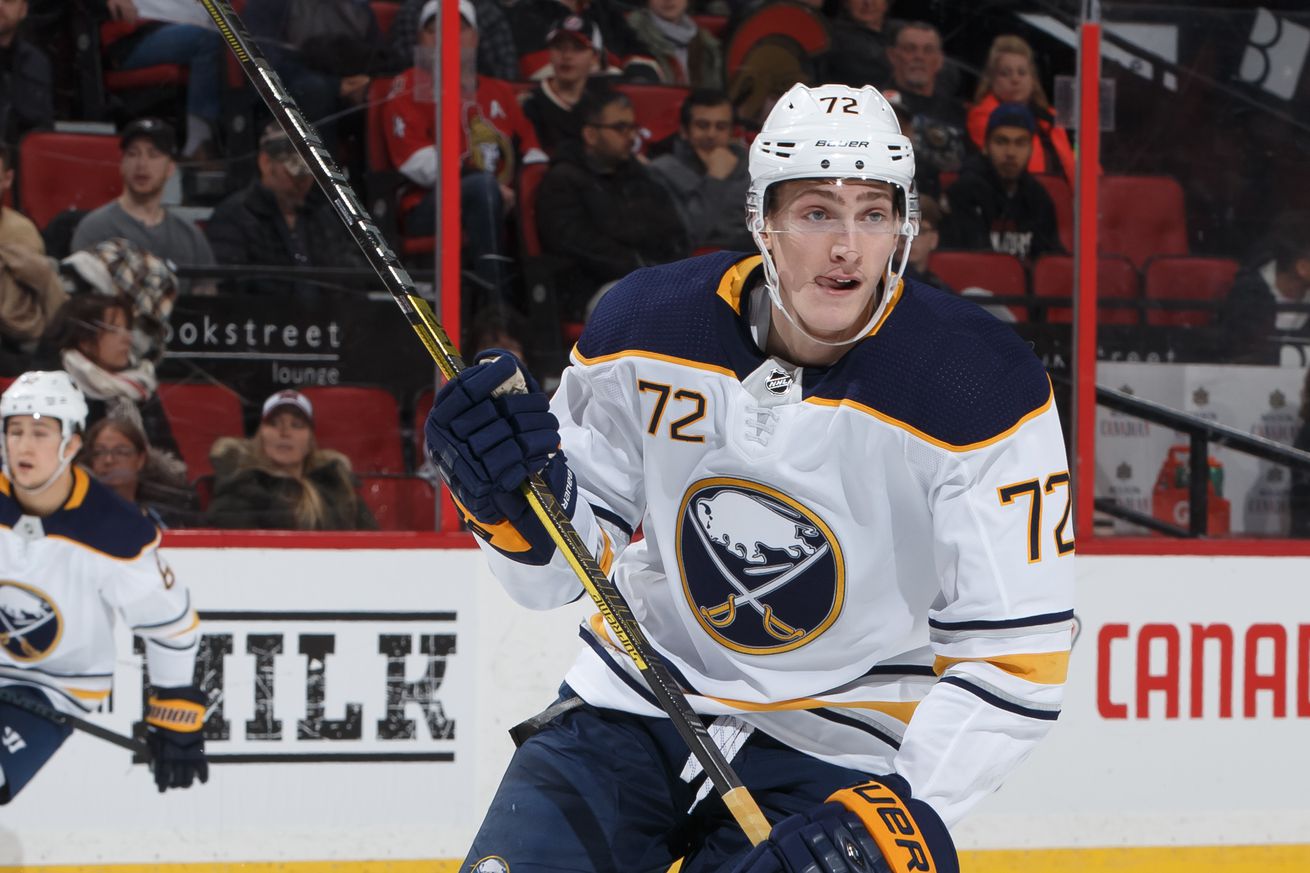 Coming off of a season that saw him demoted to the AHL, Tage Thompson had a lot to prove in 2019-2020. Unfortunately, after a pretty strong showing to begin the season in Rochester, he fell victim to injury after earning a call-up to the big club.

Thompson leaped to number nine overall in our series – nearly by default – as Lawrence Pilut lost clout for leaving for the KHL and Rasmus Ristolainen graduated in age. In limited action, however, the big forward did make the most of his opportunity to shine on the farm, recording 12 points in 16 games.

As far as his future with the Sabres, Thompson will have a bit of a fight ahead of him on the depth chart. He is currently a restricted free agent, along with mainstays on the wing Sam Reinhart, Dominik Kahun, and Victor Olofsson. Pending a contract, he will likely be in a battle for a roster spot with other restricted free agents Curtis Lazar and Casey Mittelstadt, as well as some others such as import Arttu Ruostalainen.

It will be intriguing to follow Thompson’s progress throughout training camp (should there be one), and into next season. Once considered a key piece in return for the trade of Ryan O’Reilly to St. Louis, he will have to show significant steps forward in order to solidify a spot on the Sabres’ roster. If he can learn how to use his big body to control the puck more in the offensive zone to compliment his big shot, Thompson may just be able to fulfill his potential after all.