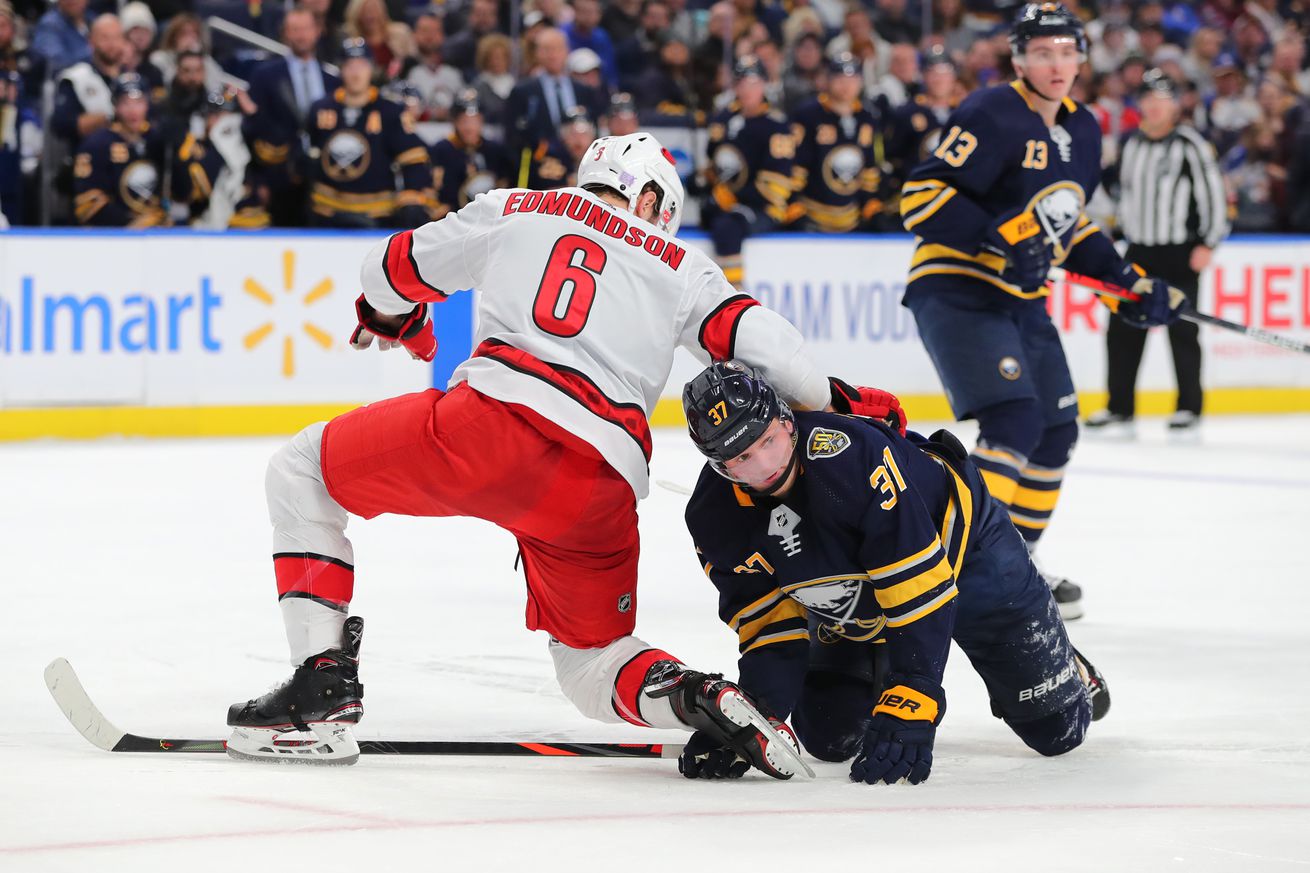 Does any other player so perfectly encapsulate the overvaluing of prospects that Buffalo is guilty of over the last five to ten seasons?

On second thought, don’t answer that.

Casey Mittelstadt was once supposed to be the answer to the 2C gap that has plagued the Sabres since the tank was painfully birthed, like a Chernobyl fawn in a uranium-plagued forest.

From a marketing standpoint, Mittelstadt was a great pickup by the Sabres.

His Buffalo debut came with Team USA during the 2018 IIHF World Junior Championships.

With 11 points in the tournament, Mittelstadt led the American squad to the bronze medal while garnering a Best Forward nod, along with other accolades. He earned the trip to the World Junior Championship on the back of an impressive freshman season at Minnesota, potting 11 goals and 19 assists for 30 points in 34 games. He finished that season on the Sabres. He had five points in six matches.

Perhaps those auspicious beginnings drove fans to have unreasonable expectations, but at the same time, how many other clubs are getting regular production from their top-10 draft picks?

Without looking at the numbers, this writer suspects the answer is a resounding ‘a lot.’ This study of his contemporaries from Expected Buffalo seems to agree.

Mittelstadt split the 2019-20 season between Buffalo and Rochester.

There are those who say that the Sabres were hasty to throw the young forward right into the mix without giving him some time in the AHL to develop.

From his brief stint in 2018 through the end of the 2019 season, he was given over 70 percent offensive zone starts, as though it was known he was defensively weak and that fact was being protected.

It certainly wasn’t because he would win the draw; he finished his first full NHL season with a 39.7 win percentage.

His zone starts were closer to even this year, and so that may be one of many reasons he didn’t spend the entire year in the NHL.

Mittelstadt produced only nine points in 31 games for the Sabres, and never really made it to 2C with any consistency – in fact, his-time-on ice fell to a career-low.

Once he went down to Rochester, his production improved. He was given more responsibility; he was killing penalties and was given those tough defensive zone faceoffs.

It seems like the ending to these prospect pieces is starting to be redundant. “What will happen next year? Will Casey find a way to make an impact for the Sabres? Will he regain the confidence he had at the World Juniors? Or will he be another AHL all-star taken far too high in the draft?”