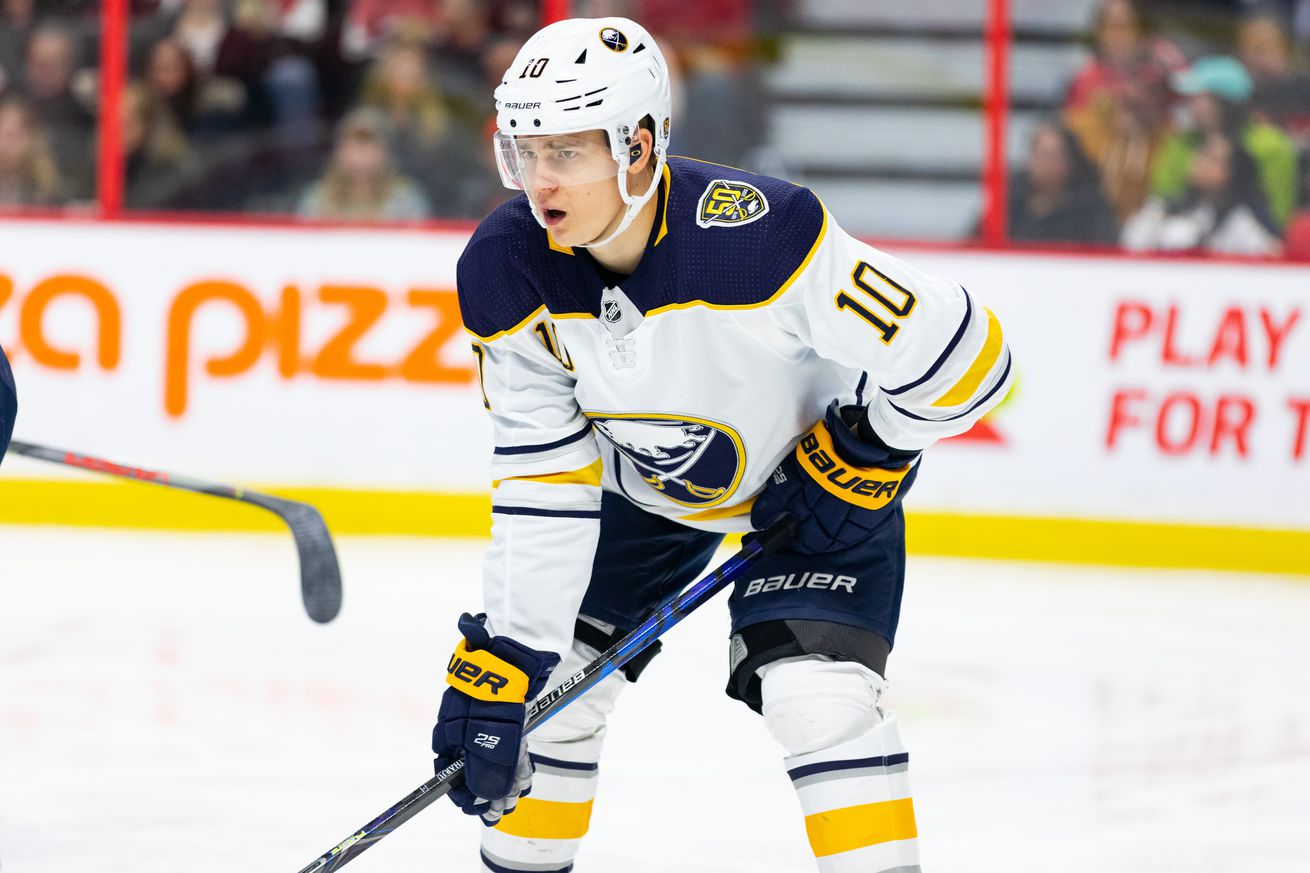 Photo by Richard A. Whittaker/Icon Sportswire via Getty Images

When the Buffalo Sabres acquired Henri Jokiharju from the Chicago Blackhawks via trade last summer, the deal came as a bit of a surprise. Buffalo already had something of a defensive logjam on their hands, and adding another NHL-capable asset was an unexpected move. That being said, for the very reasonable price of a disappointing forward prospect in Alex Nylander, the transaction may ultimately go down as the best move of Jason Botterill’s three-year tenure in Western New York.

At 21 years old, Jokiharju’s first full season of NHL action was an impressive one. There were some ups and downs (which I wrote about in a deep-dive of his advanced metrics when the regular season was suspended in March), but for the most part, his play was as advertised. While his base statistical numbers weren’t anything to write home about, his underlying impacts were some of the best among Buffalo blueliners in 2019-20.

As most fans are aware, his most effective minutes came alongide Marco Scandella before the nine-year NHL veteran was dealt to the Montreal Canadiens at the beginning of January. As a duo, he and Jokiharju posted fantastic expected goal-differential numbers and made a strong case as the best defensive pairing on the team.

Despite seeing a dip in his play leading up to, and after Scandella’s departure, Jokiharju’s play did recover toward the end of the year. Obviously, he has some growing to do, but fans should be very encouraged by his potential.

In terms of his greatest strength, his presence as a zone-transition entity was probably the most consistently strong aspect of his game this season. As perhaps the best zone-exit defender not named Rasmus Dahlin, his excellent vision often helped catalyze the Sabres’ counter-rush. Combined with his strong primary-shot contributions in the offensive zone, he has the makings of a modern two-way defender at the NHL level.

Jokiharju sends Mittelstadt in all alone. Bob comes up with the save #Sabres50 #FlaPanthers pic.twitter.com/xMAQCO0F1i

Defensively, Jokiharju will need to show some improvement in his own zone. Once Scandella was no longer attached to his hip, facilitating his transition ability, he struggled. For 2020-21, perhaps a Jake McCabe type of player could work as a potential partner to help maximize that skill set while not giving up too much defensively.

It will be interesting to see if and how his responsibilities increase moving forward. Despite playing in his first full season in the big league, he ranked fourth among Sabres defensemen in five-on-five ice-time last season at 15:22 per-game (19 seconds more than Dahlin, which is more an indictment of the coaching staff than anything, but still noteworthy). If he does show improvement in his own end, Ralph Krueger could feasibly have a very young, very well-rounded top-pairing on his hands.