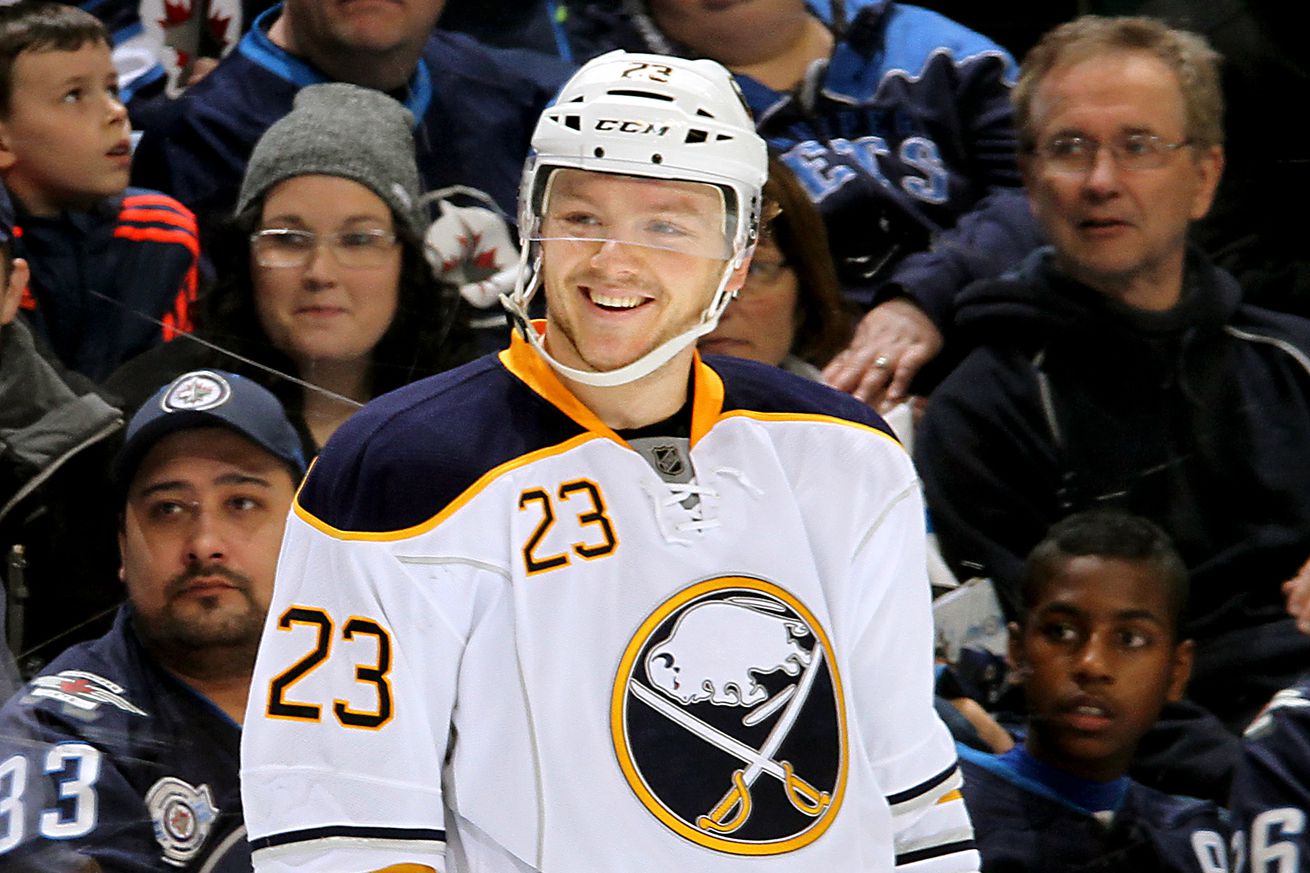 For the second straight year, Sam Reinhart lands at number three in our top 25 under 25 rankings. Heading into the season, there were a few questions surrounding him:

Will Reinhart be used away from Jack Eichel?

Will he finally get his chance at center?

And, will Jason Botterill sign him to an extension?

As we sit here after season’s end, to no avail, all three of those questions were answered no. Head coach Ralph Krueger stressed since preseason that he believes in forming his forward lines from pairs. Glued to Eichel’s right wing for most of the season, Reinhart posted a career-high in goals per game, posting 22 in 69 games played. The duo teamed with rookie Victor Olofsson throughout the majority of the season, and were the team’s only consistent scoring line.

As for the potential to finally play center, the roster seemed to have a vacancy, but Krueger elected to shift Marcus Johansson there instead. The move did not pay off for the team, as Johansson was mostly unimpressive. This basically shoots down the idea that Reinhart will ever get his shot to anchor his own line, as he’s now played five full seasons on the wing.

The big question, which still looms, is how much will Reinhart be paid? Since Botterill and Reinhart’s camp chose not to negotiate an extension mid-season, the former number two overall pick is now a restricted free agent. With ownership hinting at being more aware of the bottom-line, in money terms, the fanbase is left wondering if the team is even willing to pay him what he’ll demand.

Could this lead to a trade? Perhaps, but trading a restricted free agent of his caliber isn’t a common occurrence. In all likelihood, the Reinhart and the Sabres will agree to a long-term deal. Evolving-Hockey.com’s contract projections predict an eight-year deal worth 8.744 million on average annually.

So what does this all mean for next season? Well, for one, he’ll graduate from this series. Secondly, he will likely stick on the right side of the top line with Eichel, as the Sabres will look to improve their secondary scoring via any outlet possible. Expect the status quo – 20 to 25 goals and at least 60 points, with a possible uptick if he regains the success on the powerplay that he had earlier in his career.

Stay tuned to our Top 25 Under 25 series next week to see who claimed the top spot!