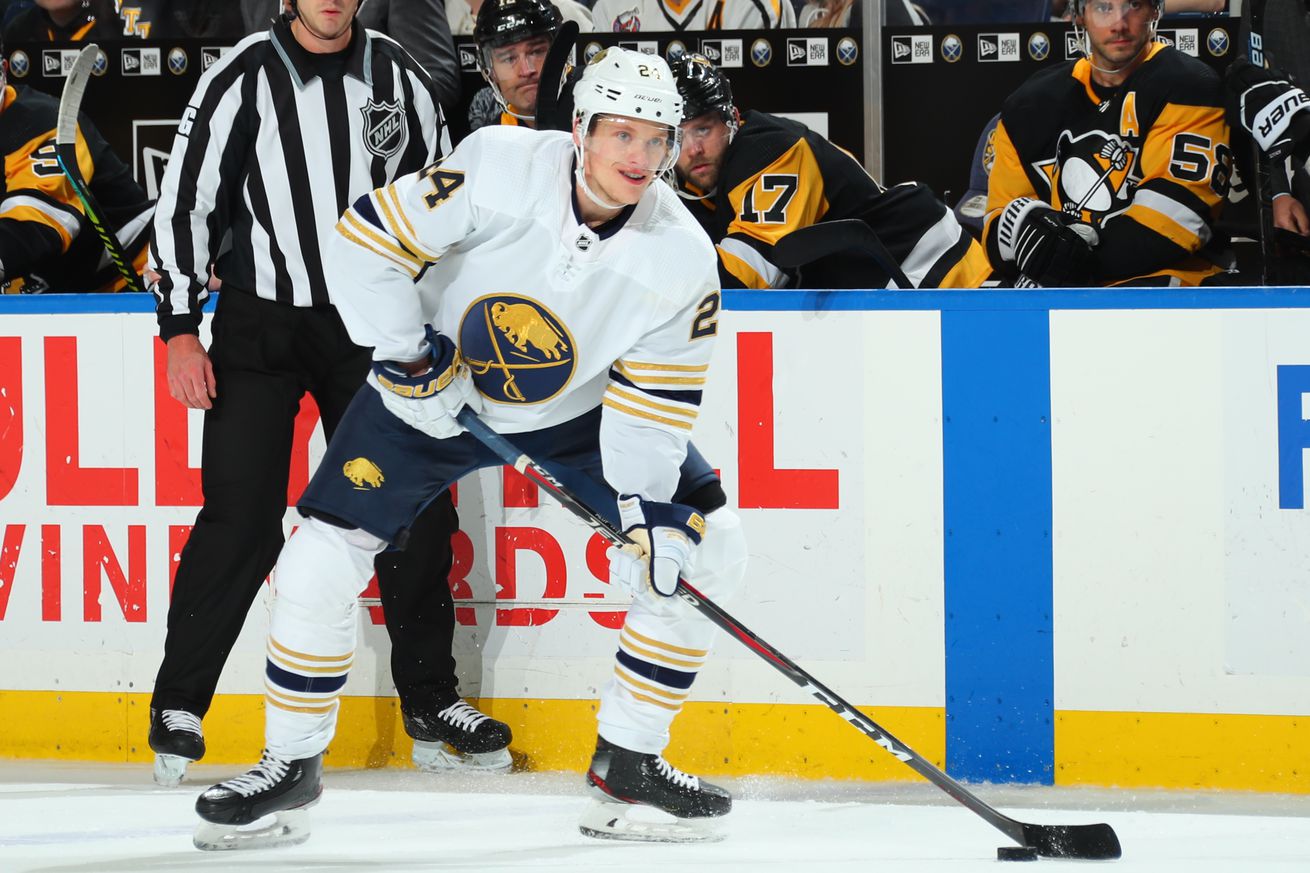 He came to Buffalo two years ago with accolades such as winning the SHL equivalent to the Norris Trophy after a season which saw him scoring most points of all the defensemen in SHL. Two years later he´s on his way to the KHL after only 46 games in the NHL in which remindes a whole lot of the Victor Antipin era.

Last season was disappointing for Pilut who aimed to snag a regular spot in the Sabres lineup after showing promise during his first year in North America which ended with 33 games in the NHL. But as the club had too many defensemen fighting for only six spots, where some of the spots were claimed by the likes of Rasmus Dahlin, Rasmus Ristolainen, Brandon Montour and Jake McCabe Pilut were sent down to Rochester as he had a two way deal.

In Rochester he continued to shine like he did during his first year, amassing 23 points in 37 games, where he for the second year in a row were named to the AHL All Star-game, but were called up to Buffalo and therefore missed it.

Stuck in a logjam Pilut were only given 13 games in the NHL where he averaged 16:14 minutes per game, just over a minute less than during his first season, while not collecting any points. His performances went up and down and he sometimes looked to be missing his usual confidence on the ice.

His situation, with not earning a regular roster spot, caused some concerns as his contract were running out this summer and there was always the possibility that he was about to leave the 716.

Buffalo were said to want to extend it and give him another two way-deal, but Pilut wanted more guarantees and asked for a one way-deal. When Sabres did not offer that, the defenseman explored his options and on the 9th of June he signed a two year deal with the Traktor Chelyabinsk of the KHL. His time in Buffalo is now looking to be over, a time which started with promise and ended with some unclarity and more criticism towards the front office.

It´s still possible that Pilut one day returns to Buffalo as they’ll hold his rights if they qualify him this summer and if not all the bridges are burnt between the two.