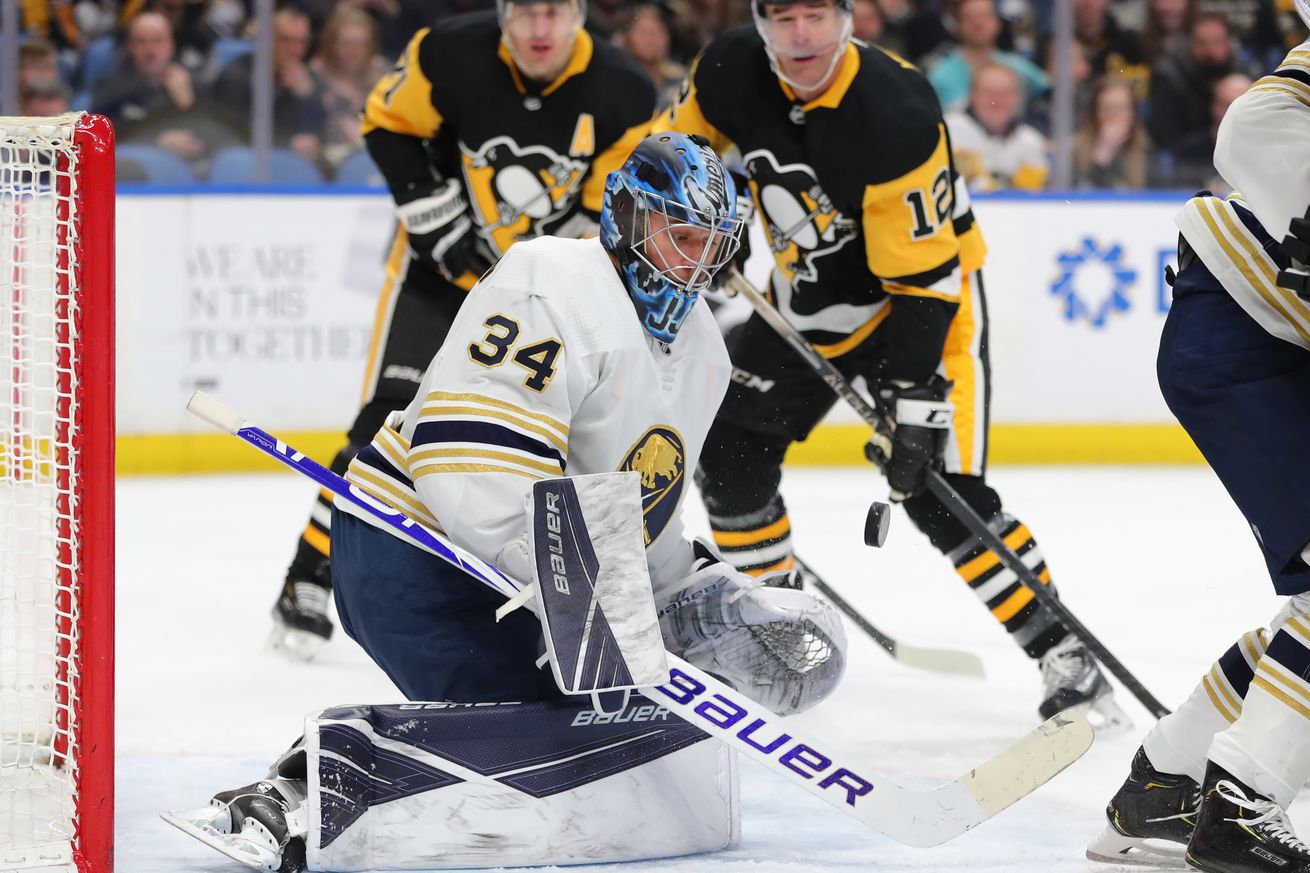 Swedish netminder may have missed on his one shot

Heading into the 2019-20 season, Buffalo fans had high hopes for goaltender Jonas Johansson. After a handful of roster moves, the Swedish netminder was finally going to get his chance to show the Rochester Americans he was for real, and after going 13-3-3 in his first 20 AHL starts, it seemed he had done just that.

His then-fourth-best .925 save percentage and a third-best 2.19 goals against average earned him a spot in the AHL all-star game. He followed that up with a callup to the NHL, where he would serve as option 1A to Carter Hutton. He played just under half of his first game in the big leagues, relieving a flailing Hutton and making 14 saves, allowing only one goal. Everything was coming up Jonas.

Then…things took a turn. The organization set him up for a solid confidence boost, giving him the start against the Detroit Red Wings. Johansson allowed three goals in regulation and lost the in the shootout 4-3. The Red Wings scored two percent of their total season goals in one game against Johansson.

The team gave him another shot a couple of nights later against the Anaheim Ducks. Again, Johansson failed to make his mark, allowing three goals on 28 shots. He began his NHL career 0-1-1, and a goaltender operating with one good eye had replaced him as a full time option.

Johansson’s time with the Sabres wasn’t all bad – it took a couple of weeks for the team to turn to him again, but on February 23, he took the net against Winnipeg and held his own, taking a 2-1 decision from the Jets. He followed that up by allowing four goals in his next two starts.

It’s probably not quite fair to evaluate Johansson on these six games, but the problem is that he’s got Ukko-Pekka Luukkonen coming hot on his tail, and Linus Ullmark did well enough to stay around next season – this really was Johansson’s ‘mom’s spaghetti’ one shot, and unfortunately, he may have blown it.