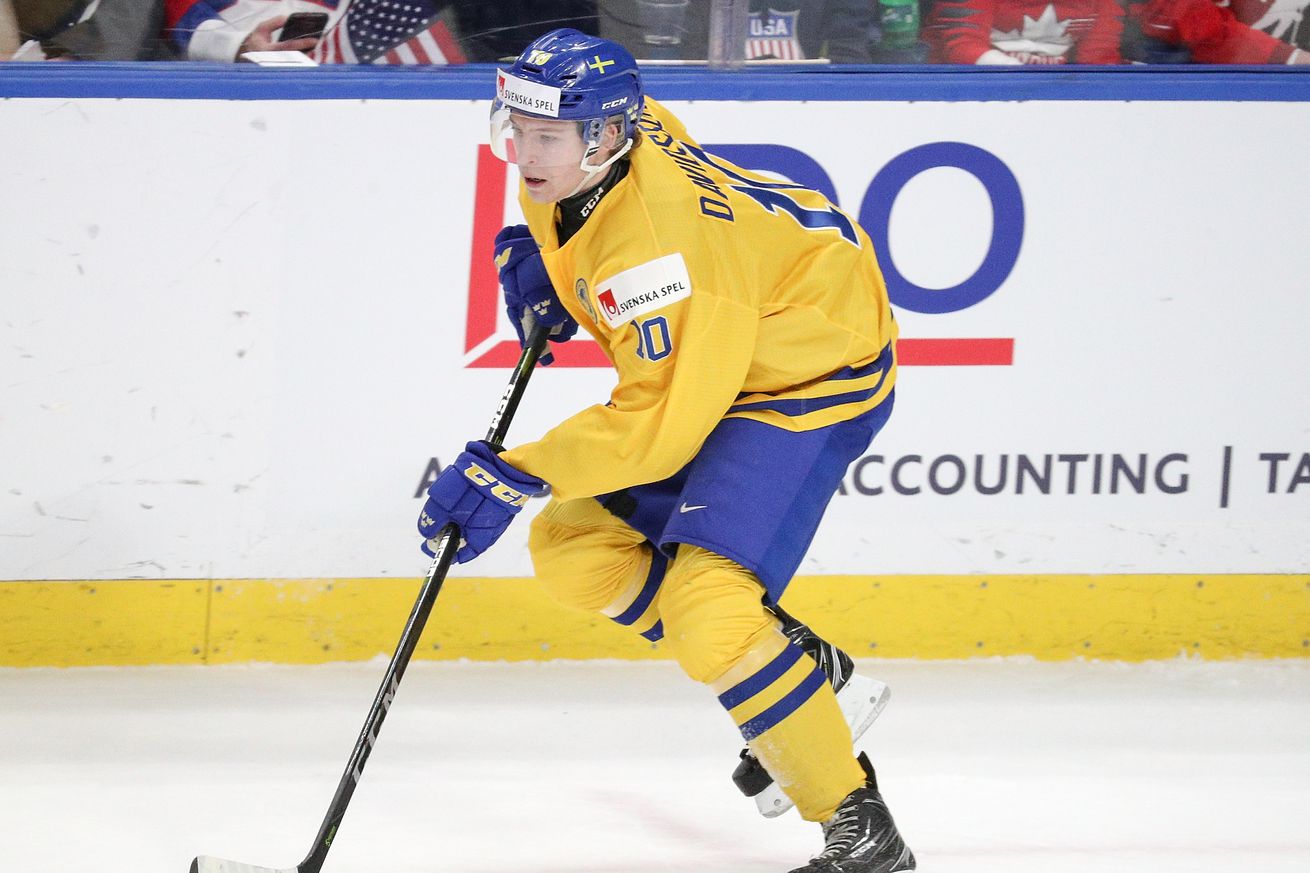 Davidsson comes in at #19 after another underwhelming season in Sweden

Marcus Davidsson is one of the more interesting Buffalo Sabres prospects. His development path has been a roller coaster ride over the last few years. His D+1 season was his best performing year with Djurgardens in the SHL. That season he registered 21 points in 39 games as a 19-year-old playing against men in the Swedish pro league.

However, every year after that, his production has declined. After a down year in 2018-19 and limited ice time with Djurgardens, he moved over to play for Vaxjo this past season. I had high hopes for him with more opportunity and playing under arguably the best coach in the SHL in Sam Hallam.

Unfortunately, his production did end up where he would have liked this past season. He scored seven goals and 13 points in 31 games. It is important to note that he battled with a concussion issue this season that likely had an impact in his on-ice performance With one year remaining on his contract in the SHL, he’ll play next season in Vaxjo.

He was shooting the whole way: Marcus Davidsson takes a pass and fires glove side for his fifth goal of the year as Växjö loses to HV 71 4-2. pic.twitter.com/uPfahc7YBr

The 21-year-old forward remains unsigned and the Sabres need to make a decision on him. I wonder if he’s a player they’d consider floating out in trade scenarios this offseason. They only retain his rights for one more year and if the new staff doesn’t have long-term plans for him they could look to maximize on his value now.

His ceiling looks to be a bottom-six forward and the Sabres do have a handful of those types of forwards in their prospect cupboard.