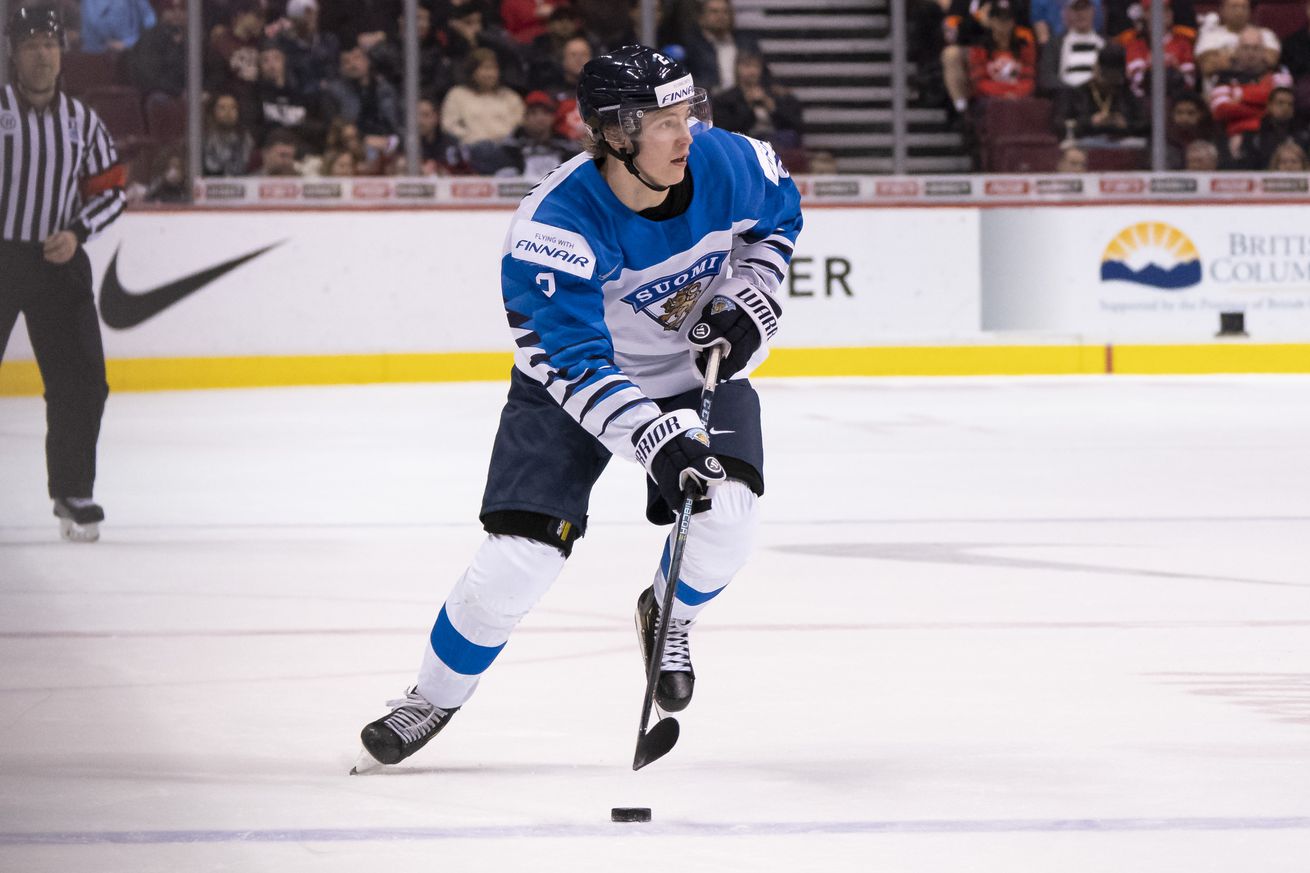 Oskari Laaksonen is preparing to come to North America for the 2020-21 season. The Sabres signed the young prospect to a three-year entry level deal — just one day before GM Jason Botterill was fired.

Laaksonen, 21, dropped a little bit in this year’s T25U25 rankings, but that’s not entirely surprising given that he battled injuries. His offensive production also dropped slightly, as he went 39 games without scoring a goal and had 11 fewer assists.

Laaksonen spent this past season with Ilves Tampere, along with fellow Sabres prospect Arttu Ruotsalainen.

Your daily Finnish lesson is brought to you by Oskari Laaksonen and his simple shot through traffic. Laaksonen’s second goal and 12th point of the year puts Ilves up 2-0 on SaiPa at the 2nd intermission. Arttu Ruotsalainen picks up his 25th helper of the year on the play. pic.twitter.com/MUMgUgtqOI

The Sabres’ decision to sign Laaksonen to an entry-level deal this summer, which will bring him to North America to presumably play with the Rochester Americans next season, may have been fueled – at least in part – by Lawrence Pilut’s decision to head overseas.

When I spoke to Randy Sexton a few weeks back, chances were already good Oskari Laaksonen was coming to North America. With Lawrence Pilut off to Central Russia, that decision was a lot easier for the Sabres to make.

Assuming Laaksonen makes his North American debut next season – whenever that may be – it’ll be interesting to see how he transitions from the European game. The altered season schedule will also undoubtedly have an impact on many players, but as the years go on, will Laaksonen pan out as a gem or will he be just another prospect in the Sabres organization that fizzles out?