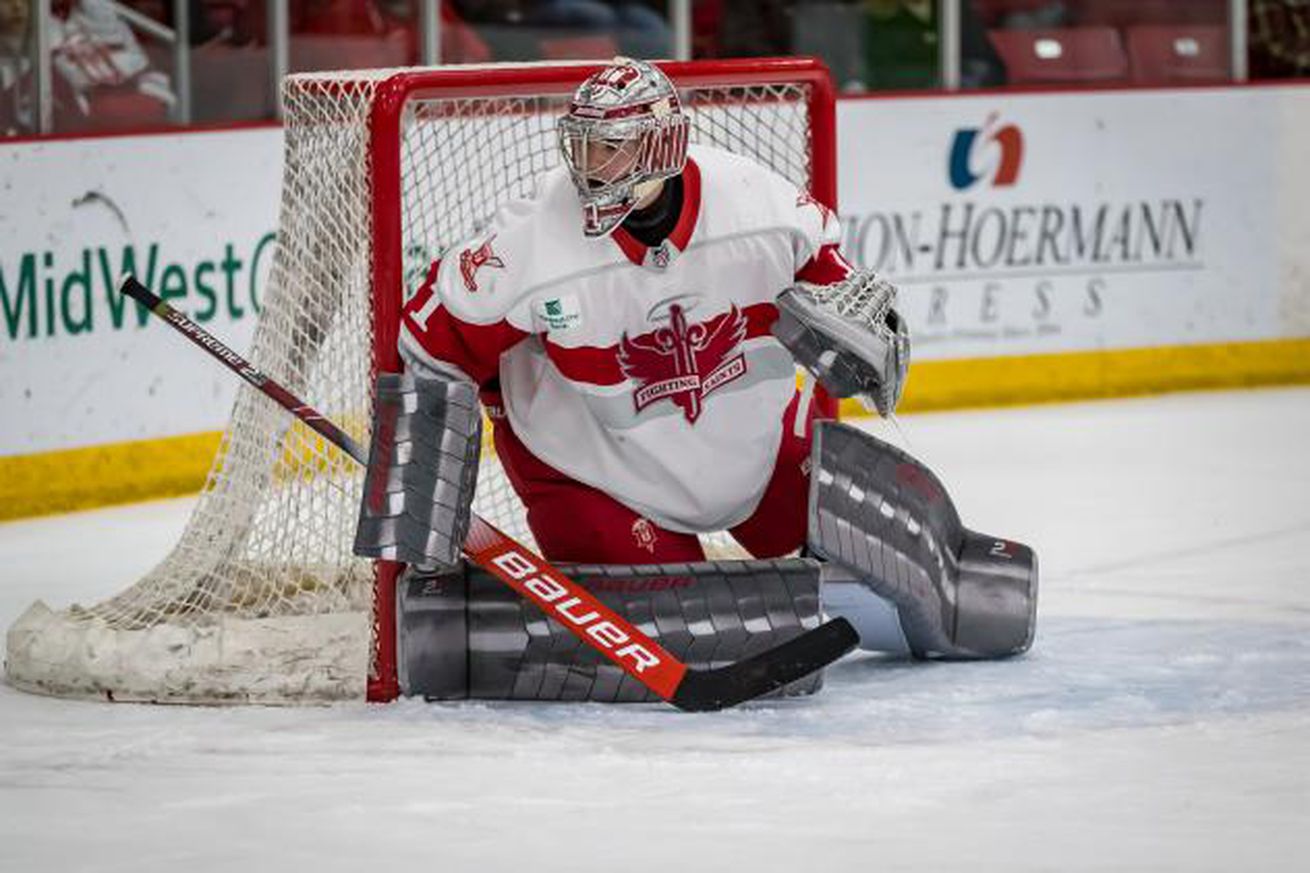 Buffalo Sabres second big, in many ways, goalie prospect can look back at his first year in North America with a smile as he did really good on the ice and acclimatized to the life overseas in preparation for the upcoming season where he’ll attend University of Michigan.

After a really successful season with Frölunda in the J20 Supelit, where Portillo had the best GAA and save percentage both before and after Christmas, the lanky Swede moved to Dubuque to play for the Figthing Saints in the USHL to be well prepared before his college journey begins this fall.

The move to Dubuque resulted in exactly what he wanted it to be, as long as the season were played before it got cancelled. Portillo struggled with a back injury during the first part of the season but still posted good numbers and earned a spot in Team Sweden for the World Junior Championships. He did not get to play a game at the WJC but it created time to rest his back which in turn made him turn it up a notch when he got back from Czech Republic.

In total Portillo played 27 games, four more than his colleague Aidan McCarthy, and helped Dubuque to a second place in the Western Conference behind Chicago. When it was time for seasonal awards Portillo found himself in the First All-Star team and later got handed the Goaltender of the Year award too.

Were trying to figure out a theme or hashtag for this post. Realized we don’t need an excuse to post a sweet save. So here it is! What a blocker save from Erik Portillo. pic.twitter.com/Mi9mvErGWx

Already having good reflexes and agility, he’s now working towards adding more muscles to his frame to help him get even more control over his body. His size is better suited for the North American game given the smaller rink and higher pressure towards the goal compared to Swedish junior hockey.

At Michigan, he’ll start off being backup behind team captain Strauss Mann who were selected as best goaltender in B1G and a First All-Star team member last season. That will be a good challenge and education for Portillo, who’s currently Sabres second brightest prospect in net.