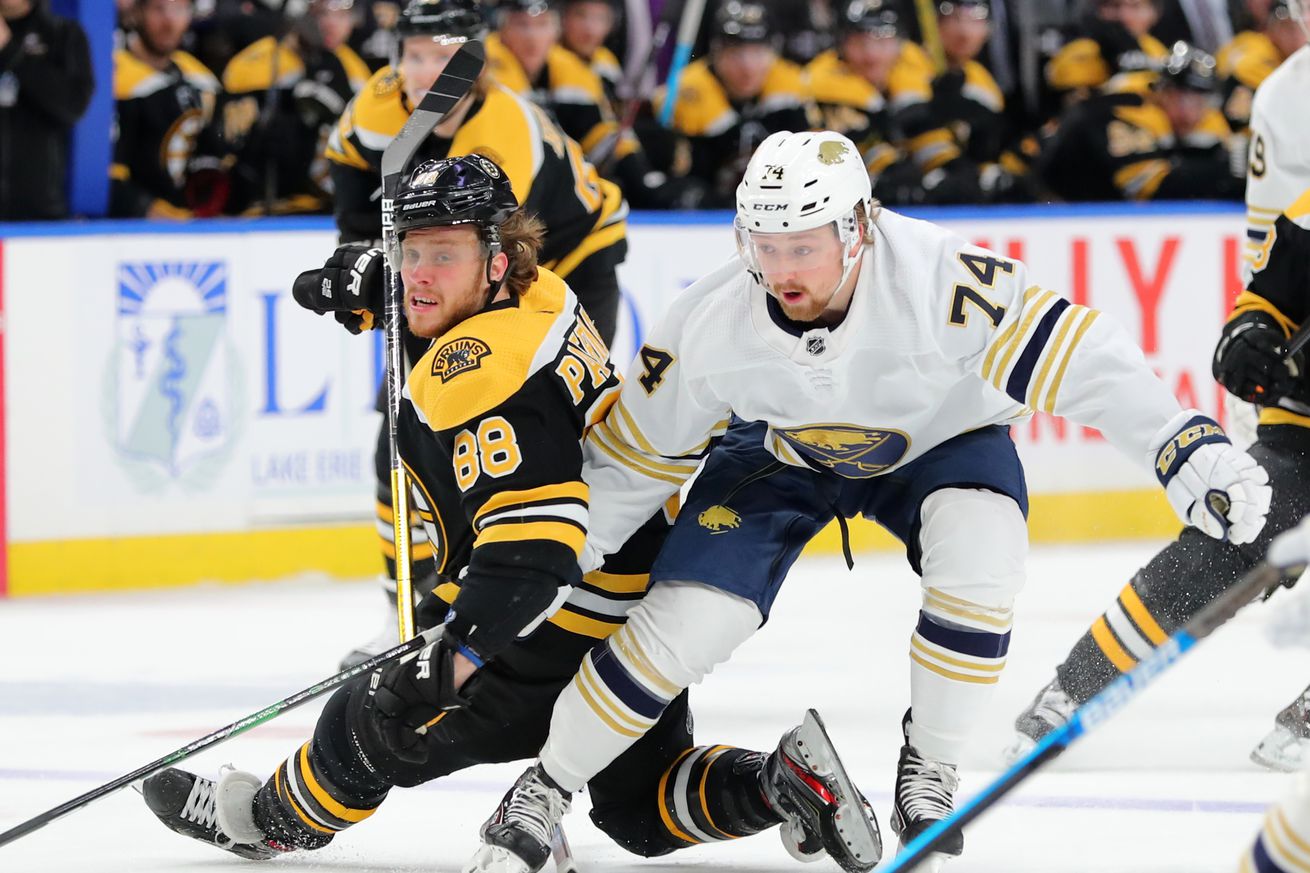 Will opportunity knock for the former second-round pick?

Sabres forward Rasmus Asplund came to Buffalo via the draft in 2016. The 22-year old forward spent his first North American professional season in the AHL with the Rochester Americans, scoring 41 points (10 goals, 31 assists) in 75 games.

This year, he split the time between Rochester and Buffalo, playing 33 games in the minors and 29 games for the big club. His NHL debut took place on November 16, and he spent two months on the shores of Lake Erie. In his time with Buffalo, he managed only four points (1G, 3A,) however, the fourth line center averaged only 10:50 a night – a truncated ‘rookie’ campaign by many definitions.

His time with the Amerks was fruitful, producing 19 points in his 33 games for a .57 points per game average; this mark is slightly better than his first season. Clearly, he has a larger role in the NHL, and he appears to be filling that role successfully, given his continued production – 68 percent of his points came at even strength.

It’s difficult to say that the young forward is a career AHLer at this point; two seasons in, he’s still in the middle of his development. It is curious, however, that a player that went in the early second round is a fourth-line player at a weak position on a weak team. Should fans be able to expect Asplund to break into the middle six in his first NHL experience? It’s not out of the question. Better teams see those picks make that kind of impression on a regular basis. Perhaps that’s a more damning statement of Buffalo’s scouting than it is Asplund’s talent, but the truth is he likely has a few years to prove himself still.

It’s also difficult to say what to expect from Asplund in the coming season. If he plays in Rochester, there is no question he’ll continue to be productive for that team, and they would benefit from the consistency, given the organizational turmoil that’s ripped the front office and coaching staff apart. At the same time, Asplund is one of only four forwards signed for the coming season – it may be possible that he’s needed here in Buffalo, which could honestly be bad for his development. Buried on the fourth line, he doesn’t get the opportunity to be a playmaker like he is in Rochester. His talents aren’t highlighted as well in a shutdown role at less than 11 minutes a night. Has he earned a better spot? Maybe not. But it’s also true that he hasn’t gotten a solid opportunity to prove what he can do with more time or with better players.

To quote Master Yoda, “Clouded is the future.” A pall certainly hangs over KeyBank Center right now, and for a young guy trying to make an impression, it probably isn’t the best environment. Hopefully, a decision is made early for Asplund as to where he’ll play, and if it is in Buffalo, hopefully he’s given the chance to show what he has on a line where he’s flanked with more talent.