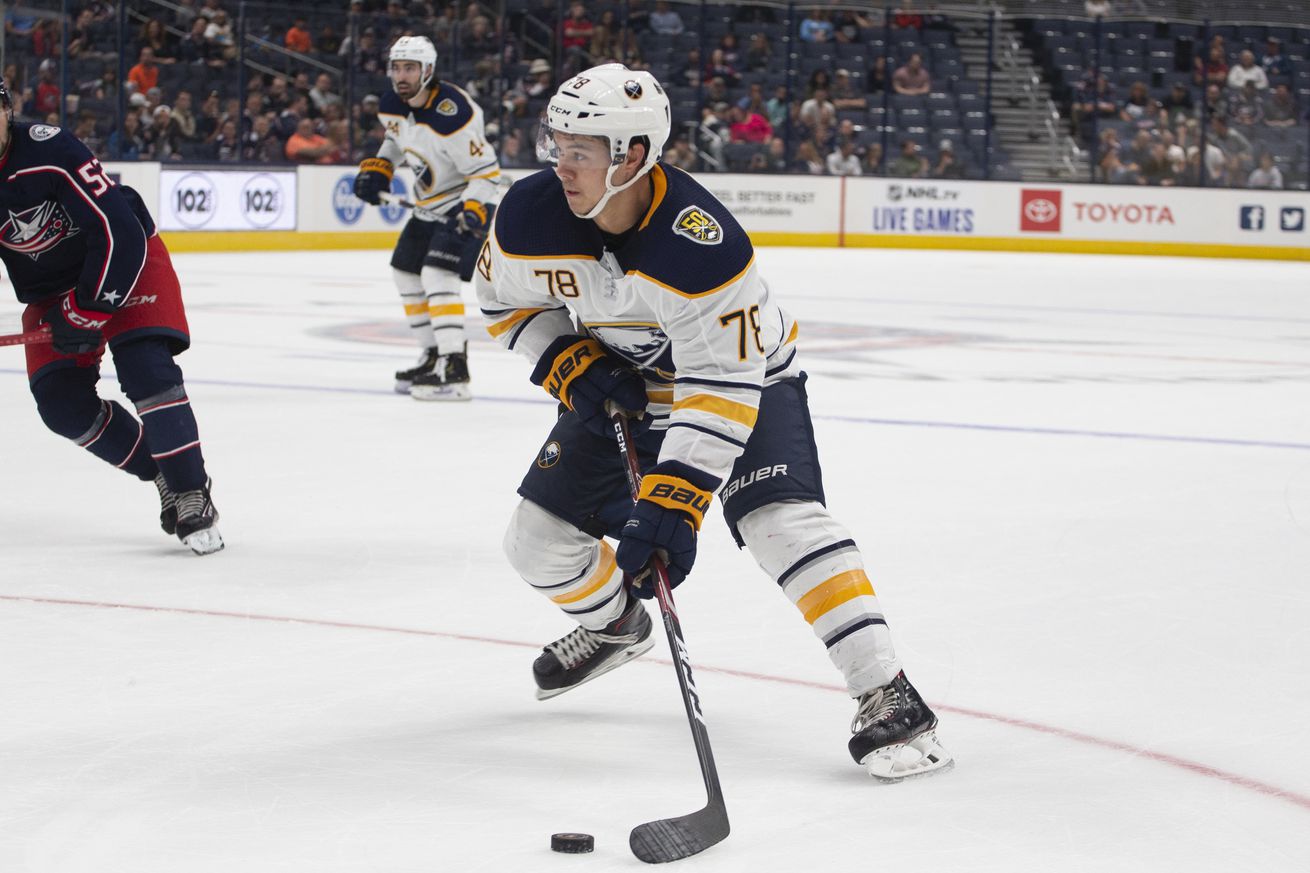 As arguably the most NHL-ready defensive prospect in the Buffalo Sabres system, Jacob Bryson took another step toward big-league action with an excellent rookie campaign in the AHL. His 27 points in 61 games with the Rochester Amerks this season ranked second on the team among defensemen (Zach Redmond). After showing steady progress in his three collegiate seasons with Providence, it was nice to see him take the next step without many speed bumps.

At his size, the transition toward playing defense against professionals could have been conceivably difficult. At just 5-foot-9, his smallish stature didn’t seem to adversely affect his game, which has always been strong in transition. While he will probably never post gaudy base statistics, his ability as a zone-exit and puck-moving entity continue to serve him well.

Casey Mittelstadt with the initial shot and Jacob Bryson with the finish in OT for @AmerksHockey. pic.twitter.com/oVTEdfz0wo

On top of his skating ability, Bryson boasts excellent vision, particularly in assisting the offensive rush. On defense, his understanding of gap-control helps him compensate for a lack of physicality. According to Byron Bader’s NHL Equivalency metric, his progression as a prospect compares to that of players like David Rundblad, and Travis Sanheim.

Though Bader’s model doesn’t really favor Bryson as a full-time NHL-caliber player moving forward, he has risen to the occasion at every level in his development to this point. Regardless, he currently holds the highest NHLer probability score among every defensive prospect currently in the Buffalo system, according to Bader.

His role in 2020-21 relies heavily on what the Sabres do (or, conversely, don’t do) to renovate their defensive corps this offseason. As it stands, he and Will Borgen look like the first call-up options if the team retains the same NHL group from last season. If that’s the case, barring a rash of injuries, he’ll likely spend a majority of next season back with the Amerks.

Seeing him serve on the Amerks’ top pairing alongside Borgen for a full season could also give the front office an idea of whether or not they could reasonably serve as a pairing in Buffalo for 2021-22. With the expansion draft looming, if Adams feels confident in their ability as a tandem, it could give him more options as to who he can afford to expose next summer.