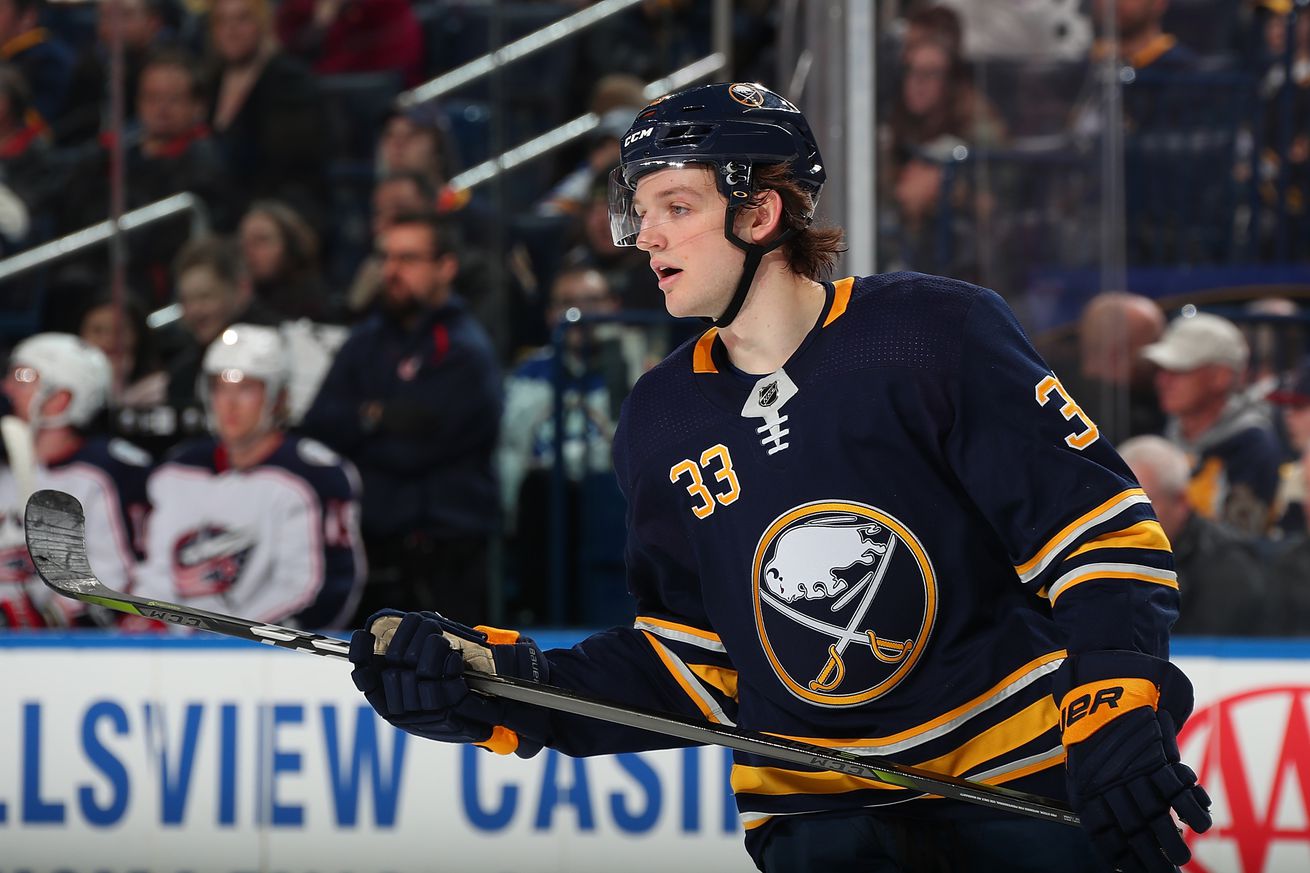 Will Borgen continues to climb up the ladder in the Sabres U25 ranks. Last year he jumped from 21 to 14 and this year he goes up for slots to settle in at number 10.

The right handed defenseman have concluded his second full year at Rochester, and while he did not see any more games in the NHL, the 23 year old continued to make progress in his career. Borgen is not one that stands out with flashy offensive plays but is a defenseman that likes to “fly under the radar”, to use his own words, with a solid defensive game where he tries to get the puck up the ice and let the more creative guys work their magic. His skating is strong and he moves well for a player his size.

The offensive side of his game is not what stand’s out but he´s shown that he’s got good vision which together with his skating and movement helps him break up plays and keep the puck in the offensive zone. His only goal last season was a one timer late in the third to give Amerks the lead against Belleville.

Will Borgen one timer off the face off gives the Amerks a 3-2 lead!! pic.twitter.com/YnKAwl0ElX

Borgen has three years of college hockey, an Olympics and now two full years in the AHL in his bag and with a good camp he should make a claim for a bottom six role in the Sabres the upcoming season, but given how packed the RHD position is with Ristolainen, Miller, Montour and Jokiharju already in the mix, it looks like Rochester will see Borgen for a third season.

His contract expires after the 2020-21 season and it will be interesting to see what this upcoming season brings for Borgen. He´s got the tools to be a solid player for the Sabres, and he´d add some grit and physicality to a blue line that have shown it lacks just that more than once the last couple seasons. The question is if there is a way for him to force himself in as he looks to be the first call-up option together with Jacob Bryson if no changes are made to the defensive corps.