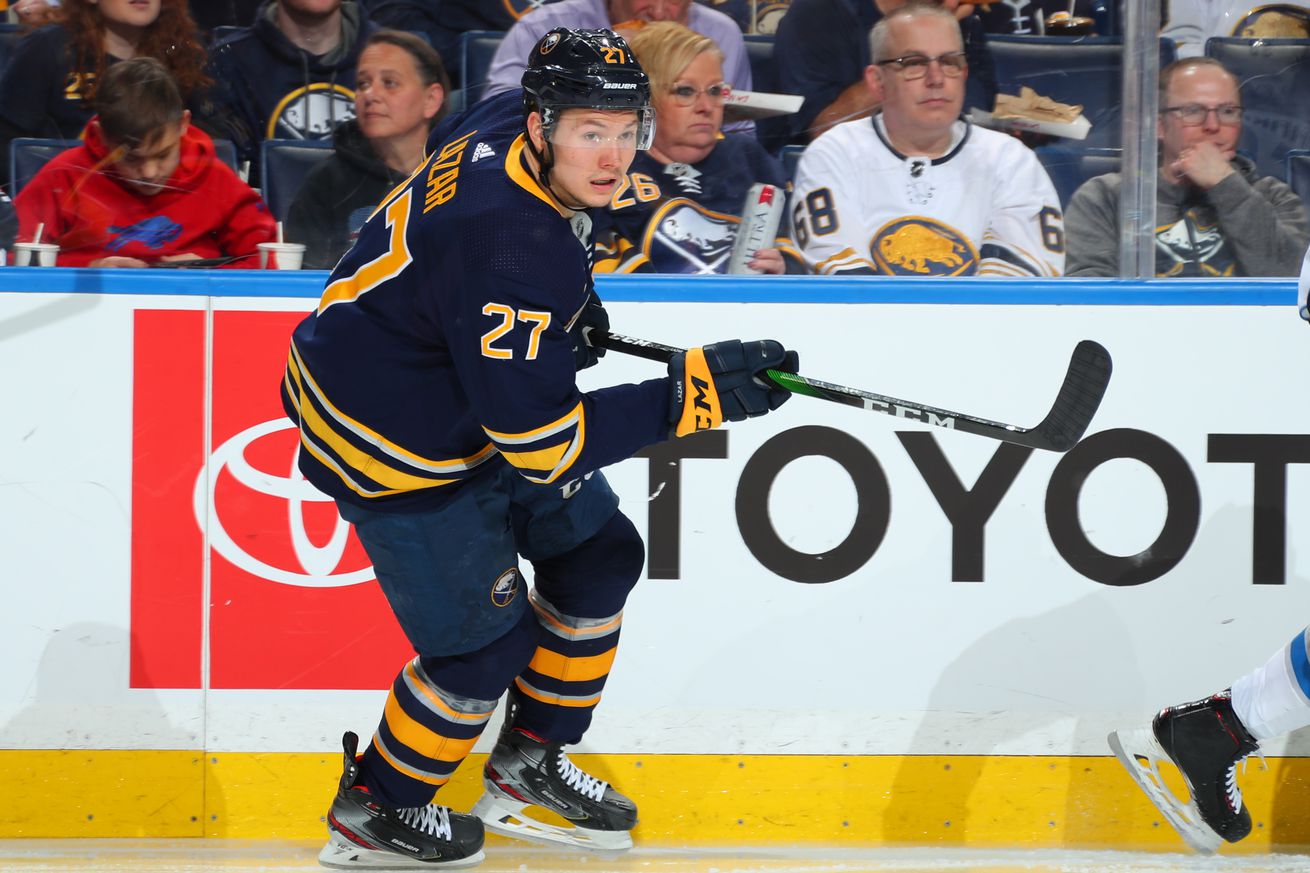 Another piece of the roster has come together for the Buffalo Sabres, as the team announced it has re-signed forward Curtis Lazar to a two-year, $1.6 million deal with an AAV of $800,000.

Lazar, 25, split his first season as a part of the Sabres organization between the AHL and the NHL clubs. He appeared in 18 games with the Rochester Americans, where his impact was clearly evident; the center recorded 14 points, including six goals, in just 18 games and was a plus-10.

Before coming to Buffalo, Lazar had previously played with the Ottawa Senators and Calgary Flames for three seasons each. In 284 career NHL games, he’s recorded 61 points. Lazar was drafted by the Senators with the 17th overall selection in 2013.