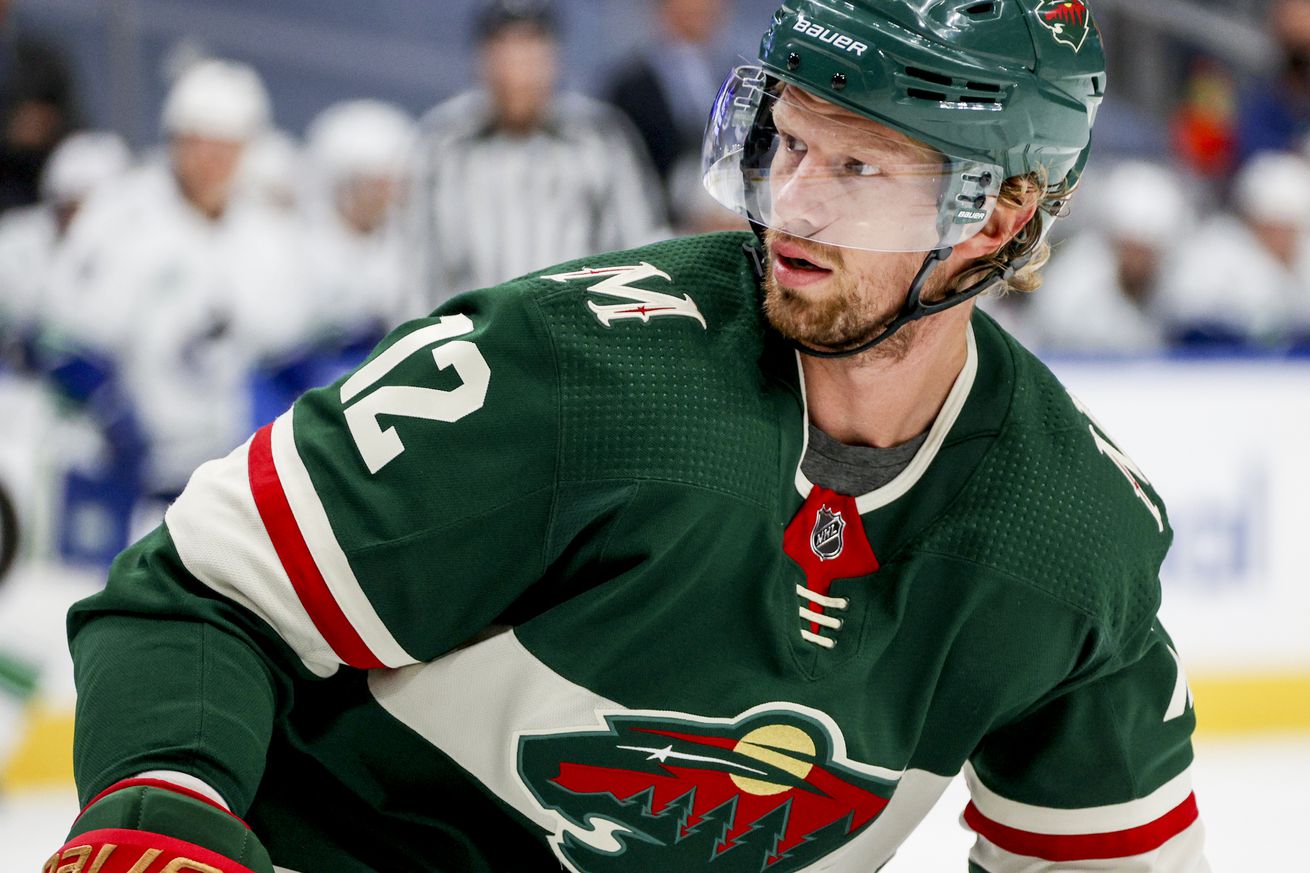 Well, that was certainly unexpected. For the past two seasons, fans of the Buffalo Sabres have all but begged the organization to address the team’s gaping hole at second-line center. Yesterday evening, Elliotte Friedman announced that first-year general manager, Kevyn Adams had executed his first trade, acquiring veteran pivot, Eric Staal from the Minnesota Wild in exchange for forward Marcus Johansson. As many of you likely recall, he and Adams were teammates on the Carolina Hurricanes 2006 Stanley Cup squad.

It is a straight-up trade: Johansson for Staal.

Let’s face it – seeing Staal dress for the Sabres will be a bit bizarre. The sound of his name alone has been causing negative dopamine reactions in the minds of Western New Yorkers since 2006. It’s also very interesting that Buffalo was not one of the clubs on his 10-team no-trade list. Despite his age, (and past role as playoff super-villain in Buffalo) he continues to produce very well, both in terms of base scoring, and underlying metrics.

In 2019-20, the 35-year-old managed to put up an impressive 47 points in 66 games. While his overall five-on-five xG rate was a bit lower than the three seasons prior, it was still very solid at 52.19-percent. Compared with other forwards around the league, his xGAR of 6.6 on the year ranked him in the 83rd percentile. Not too shabby for an old guy.

On top of his offensive metrics, Staal has also been an increasingly solid defensive contributor as he’s aged. While he certainly didn’t earn his reputation based on two-way ability, he has been analytically sound in that area over the last few seasons.

One important caveat to that statement however, is the fact that he’s almost exclusively served in offensively-tilted zone-deployments rates throughout the entirety of his career. For that reason, the Sabres will likely need to find another defensively competent centerman to handle the lion’s share of defensive zone draws, similar to the way Johan Larsson did from 2018-20.

From a special teams standpoint, don’t expect Staal to make a very big impact. He doesn’t really play on the penalty kill, and his power-play contributions are historically unspectacular for a player of his ability. In 357 minutes on the man-advantage this season, he did cause a minor xGF increase for the Wild, but his unit still produced at a 10-percent lower xGF clip than the league average.

On top of what should be a very welcome even-strength presence on the ice, it’s tough to imagine a better mentor for Dylan Cozens as he approaches his first season of NHL action. Staal is a seasoned veteran with a Stanley Cup ring who is exactly the type of player Sabres fans hope Cozens can eventually become.

One last, interesting point about this acquisition is Staal’s history with Jeff Skinner. From 2010-2015, the two of them skated together for just over 916 minutes at even-strength with the Hurricanes. While their results were mostly mixed as a duo, their time together was often fractured and sporadic, so it’s tough to tell if they were ever truly ably to build any sort of chemistry.

In terms of a roster fit for next season, Staal might fit in nicely between Skinner on the left, and someone like Sam Reinhart, or even Dominik Kahun on the right. Skinner would obviously benefit from Staal’s playmaking ability, while one of Reinhart or Kahun could serve as a transitional piece on the other side. They would likely need to have an offensively-tilted deployment ratio, but as previously mentioned, that’s what Staal is used to.

Now, let’s talk about the player Buffalo gave up. In his first and only year as a member of the blue-and-gold, Johansson was, to an extent, a victim of circumstance. After not skating as a centerman for nearly seven years, he was asked to serve in that role on the Sabres’ de facto second line.

While he certainly didn’t impress, he was far from a disaster overall. When Ralph Krueger finally made the decision to flip him to the wing toward the end of the year, he looked a lot better. Analytically, he produced similarly to his career average as a slightly-positive impact player. His base scoring totals were also pretty close to his recent year-over-year averages.

Financially, the Sabres actually picked up a little bit of cap space ($1.5 million to be exact) with this move. Positionally, they essentially dealt a middle-six winger for a bonafide second-line center. Regardless of Staal’s age, that’s a good transaction for a team like Buffalo, given their desperate need for a capable stopgap in that role. Looking ahead, it will be a lot easier to find a UFA replacement for a player like Johanson than it would have been to acquire someone of Staal’s caliber (without paying a ridiculous amount of money, that is).

If Krueger can squeeze just one more productive year out of Staal’s career, this trade is a significant win. Both players involved in the deal had just one year remaining on their current deals, and barring an amazing 2020-21 campaign, Buffalo wasn’t likely to extend Johansson. It’s a big part of the reason that, in a trade of this nature, the age gap is pretty insignificant, assuming Staal can produce similarly to what he did this past season.

We’ll see if that outcome manifests, but at face value, Adams’ first player-for-player transaction looks like a good one for the blue-and-gold.