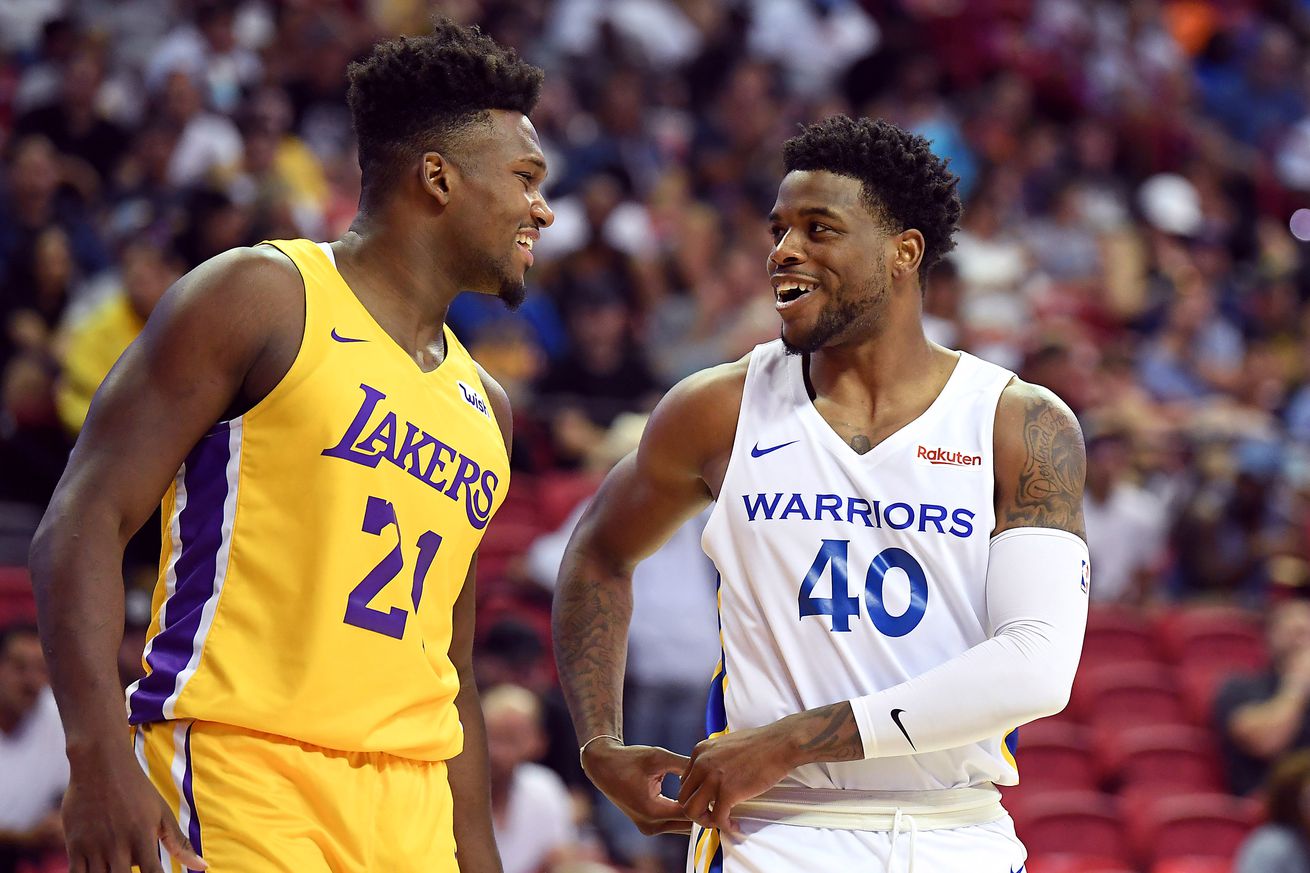 The Basketball Tournament is a summertime event where teams are put together comprised of primarily American players that are playing overseas. These teams then compete in a single elimination tournament for a $1,000,000 prize.

A trend in the composition of these teams has been for alumni of a school to put together a nucleus of players, and round out the team with a few non-alumni players. In the COVID-19 trimmed field of 24 teams, nine of the teams were “Alumni teams” with Syracuse, Marquette, Oklahoma State, Clemson, Ohio State, Illinois, Purdue, Dayton, and Marshall represented.

St. Bonaventure was also slated to field a team prior to the field size being reduced, and a “Mid-American Unity” team comprised primarily of Akron alumni was originally part of the field before being forced to drop out due to positive coronavirus tests. These teams made me wish that we had a team of recent Buffalo greats to cheer for, and the Bulls would have plenty of talent with four former conference players of the year still playing professionally at a high level.

Among the nine alumni teams in the 2020 edition of the TBT, their rosters were comprised, on average, of ~9 players, and ~4 non-alumni players. Under these general guidelines, I set out to envision what a Buffalo based roster could look like for the 2021 TBT.

The elder statesman on the squad, Mitchell Watt would be 31 for the 2021 edition of the TBT. When we last saw Watt in the Blue and White he was winning the MAC player of the year as a senior in 2012. Since then Watt has bounced around to various summer league, G-League, and international teams. Last season Watt averaged 14.5 PPG, 7.4 RPG, and 1.3 BPG for Umana Reyer Venezia of the LBA, the top level of basketball in Italy.

The leading scorer in UB history, Javon McCrea also won the MAC player of the year in his senior season. McCrea got a pair of NBA summer league opportunities before bouncing around the international ranks. McCrea was last seen in ‘18-’19 in the top level of Japanese professional basketball, averaging 19.8 PPG, 9.4 RPG, and 2.1 SPG for Yokohama B-Corsairs. I can’t find any information on him playing this past season despite stating in an interview last August that he had offers and contact with many teams.

Moss is the third, and final of the MAC POY-winning big men. He averaged 17.5 PPG and 9.2 RPG for the Bulls in his junior season before being dismissed from school prior to his senior season. Moss has spent most of his career post-UB in the Canadian top level NBL, most recently with the KW Titans where he averaged 15.6 PPG and 8.1 RPG.

C.J. Massinburg had a fabled 4 year career in Buffalo and he has too many personal and team accomplishments to list here. This productivity in college landed Massinburg an opportunity with the Brooklyn Nets G-League counterpart on Long Island. With the Long Island Nets, Massinburg averaged 7.3 PPG and 4.6 RPG.

Like Massinburg, Nick Perkins had a great 4 year career at UB and the accolades and accomplishments are numerous. Since graduating, Perkins got a shot with the Lakers summer league team where he had a strong performance before landing with Niigata Albirex in the top-tier of Japanese basketball. Perkins averaged a double-double this season with 20.4 PPG and 10.0 RPG.

Wes Clark only got 26 games in a UB jersey after starting his career at Missouri, however he made an impact in his stint in Buffalo. Clark was the MAC tournament MVP in 2018 and averaged 25.5 PPG in NCAA tournament games against Arizona and Kentucky. Since leaving UB, Clark has played at the top level of Italian basketball, and averaged 14.7 PPG, 3.7 RPG, and 3.5 APG in ‘19-’20 for Acqua S.Bernardo Cantù.

Known for hitting perhaps the biggest shot in UB history, Blake “Big Shot” Hamilton has played at the top levels of Latvian, Grecian, and Polish basketball since graduating from UB. Last season, Hamilton averaged 7.0 PPG, and 4.1 RPG for Ermis Agias in Greece. Hamilton was actually slated to play in this season’s TBT for Kimchi Express prior to the field being trimmed down due to COVID-19.

Former @UBmenshoops legend is ready to make a big splash in his first #thebasketballtournament pic.twitter.com/laW1rsFzYR

Without knowledge of the personal relationships that may influence the recruiting of non-alumni players, I went the easy route and picked 3 players that spent at least one season at UB but finished their careers elsewhere.

Shannon Evans averaged 12.2 PPG and 4.0 APG in two seasons at UB before following Head Coach Bobby Hurley to Arizona State. Evans was all-Pac-12 honorable mention at ASU in his senior year. Since graduating, Evans has spent two years play in the Hungary – A League, averaging 18.1 PPG, 3.7 RPG, 6.9 APG in ‘19-’20 for Atomeromu. Evans recently signed with Béarnais in the top-flight of French professional basketball.

Torian Graham never played a minute in a UB uniform but he spent a season red-shirting before following Bobby Hurley to Arizona State. Graham averaged 18.6 PPG and 4.2 RPG in his senior season at Arizona State. In his professional career, Graham has played in the G-League, the top-tier Dutch league, and most recently the second-tier Japanese league. Last season Graham averaged 26.8 PPG, 8.9 RPG, and 3.3 APG for Pass lab Yamagata Wyverns.

Lamonte Bearden had a promising start to his UB career, averaging 10.8 PPG and 4.1 APG before abruptly transferring the summer before his junior season. In his first professional season Bearden averaged 18.0 PPG, 3.7 RPG, and 5.4 APG for Duzce in the second tier Turkish league.

What are your thoughts on this potential roster? Who did I leave out?