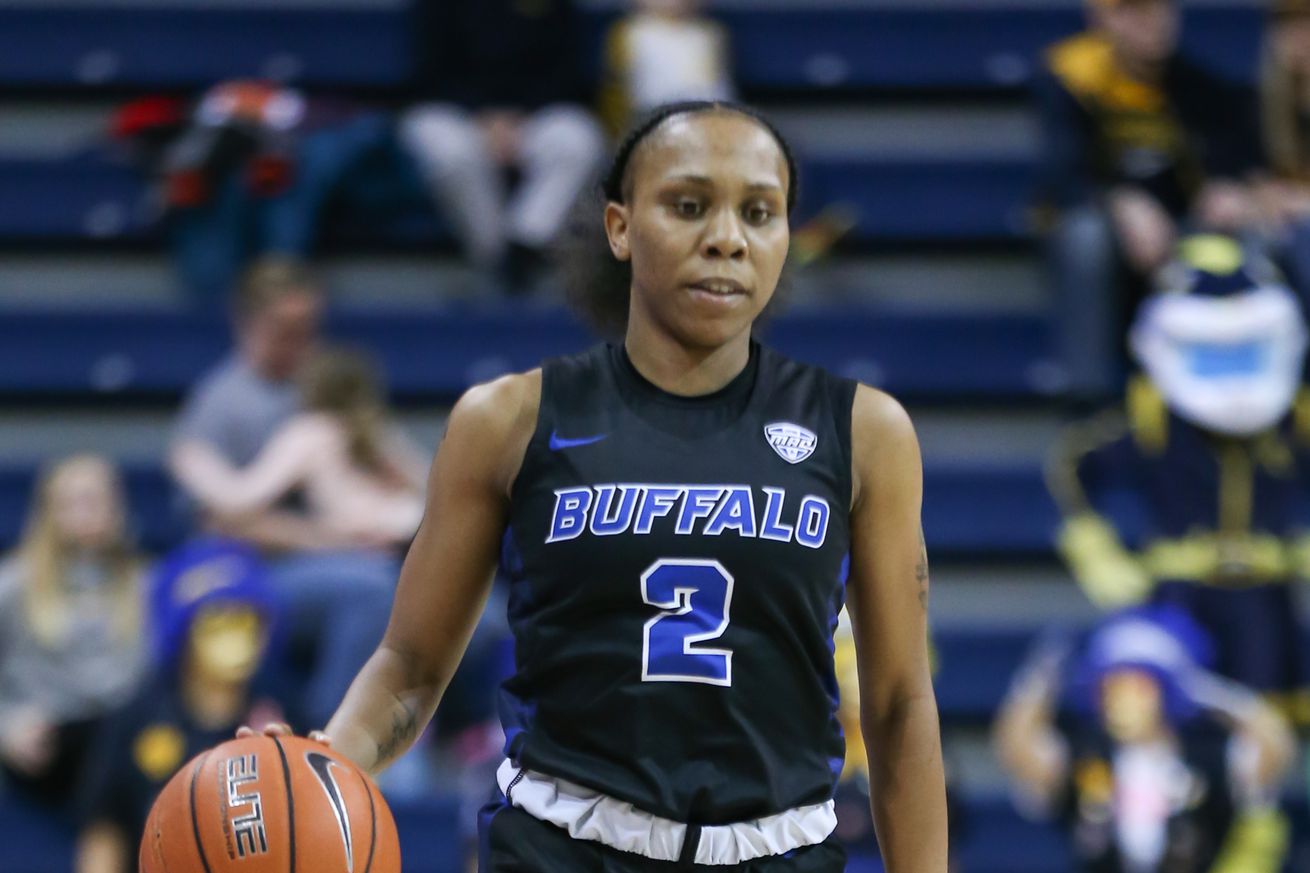 UB sophomore guard Dyaisha Fair, who as a freshman finished 4th in the nation in scoring, and led the nation in scoring among freshman, has been named to two prestigious pre-season watch lists. First, Fair was named to the watch list for the Nancy Lieberman award, honoring the top point guard in college basketball. Lieberman is a member of the Women’s Basketball Hall of Fame and the Naismith Basketball Hall of Fame.

UB announced four players who have signed National Letters of Intent, including two from Australia.

Georgia Woolley is a 6–0 guard from Brisbane, Australia. Woolley put on a spectacular show in her senior year season tournament, averaging 43.1 points, 19.1 rebounds, 4.1 assists, 3.3 steals and 3.3 blocks per game while shooting a personal best 90.1% from the free throw line. Crikey!

Laney Bone is a 5–11 forward from Chattanooga, TN, who has a 6–5 wingspan, making her a strong rebounder and shot blocker. Coach Jack says she will remind people of Hemphill.

Kaelonn Wilson is a 6~0 forward from Piscataway, NJ. Coach Jack calls her a raw talent who will grow into something special.

The 2020-21 UB Women’s Basketball Schedule has been released. There will be five non-Conference games, including the home and season opener against Niagara, then road games at Virginia Commonwealth, Canisius and Purdue, and then a home game versus St. Bonaventure. The MAC Schedule will start before New Years Day with a home game against Western Michigan.

The MAC women’s basketball schedule will be 20 games for each team, compared to 18 games as in recent years, due to changes caused by COVID. There will be no divisions in MAC play this year, and the top eight teams advance to the MAC Tournament.