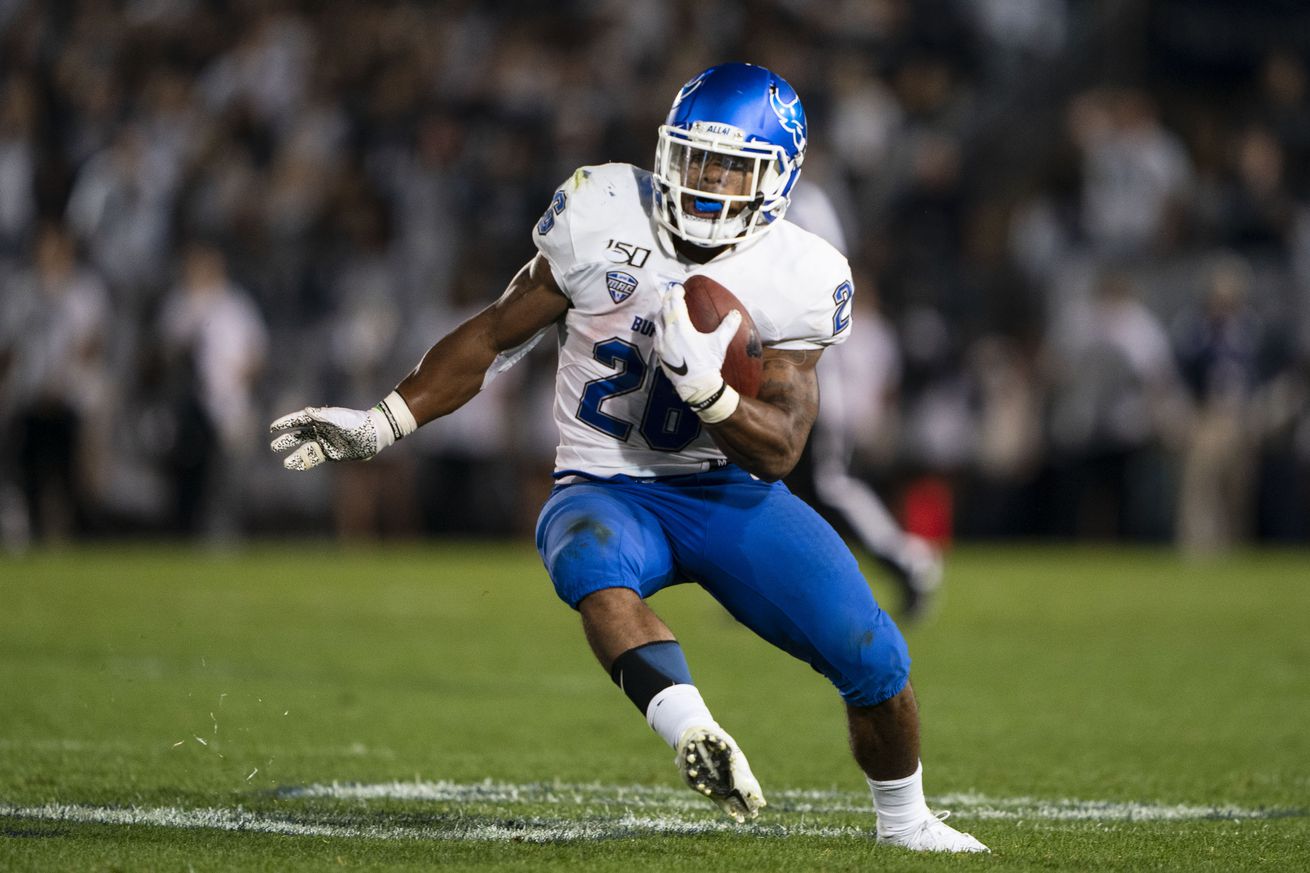 An article out of the Toledo Blade offered up a few insights into the restart process, I’ll Bullet point and discuss them here.

Patterson has a lot to gain by having a season. He’s a junior but already considered a great sleeper for the 2021 draft. Of course I REALLY want him to play four years for Buffalo but it may or may not be the best move for him to strike while the irons hot (even though it didn’t work for Tyree Jackson).

While the job of being a scholarship athlete is a difficult one there is little doubt that the players love playing, and the push by many players in cancelled conferences to start a season shows that.

Before the Big10 announced their quick start none of the four conferences taking a break were talking about it, in fact the schools that comprise the MAC were unanimous in waiting out the fall.

The mood decidedly changed between Tuesday and today. THe PC 10 and Mountain west are also looking to jump into fall football.

When I was recently exposed to someone who developed covid the guidance I received was wait 5 days, take a test that would tell me within two more if I had it. The MAC’s current practice is to test players multiple times a week but not daily.

If the MAC wants to bring back football then would they need to go to daily testing? or just do a quick response test the day before they are scheduled to depart for a road game or kick off a home game?

Ten of the twelve MAC schools are not reopneing their campuses after thanksgiving. This is to be sure that students who travel home don’t come back to school after having been exposed to covid.

Since the first Bowl games are currently scheduled for December 20th that would give the schools several extra weeks to play when there are no students on campus and learning / testing is being done remotely.

Who knows what will happen but I beleive strongly that you’re going to see a 6-8 game season this year from the MAC and the NCAA MAY decide to make 4 wins “Bowl eligible” for conferences like the MAC who did the right thing and decided to get more information on the pandemic and the protocols that coul dhelp before jumping into the season.