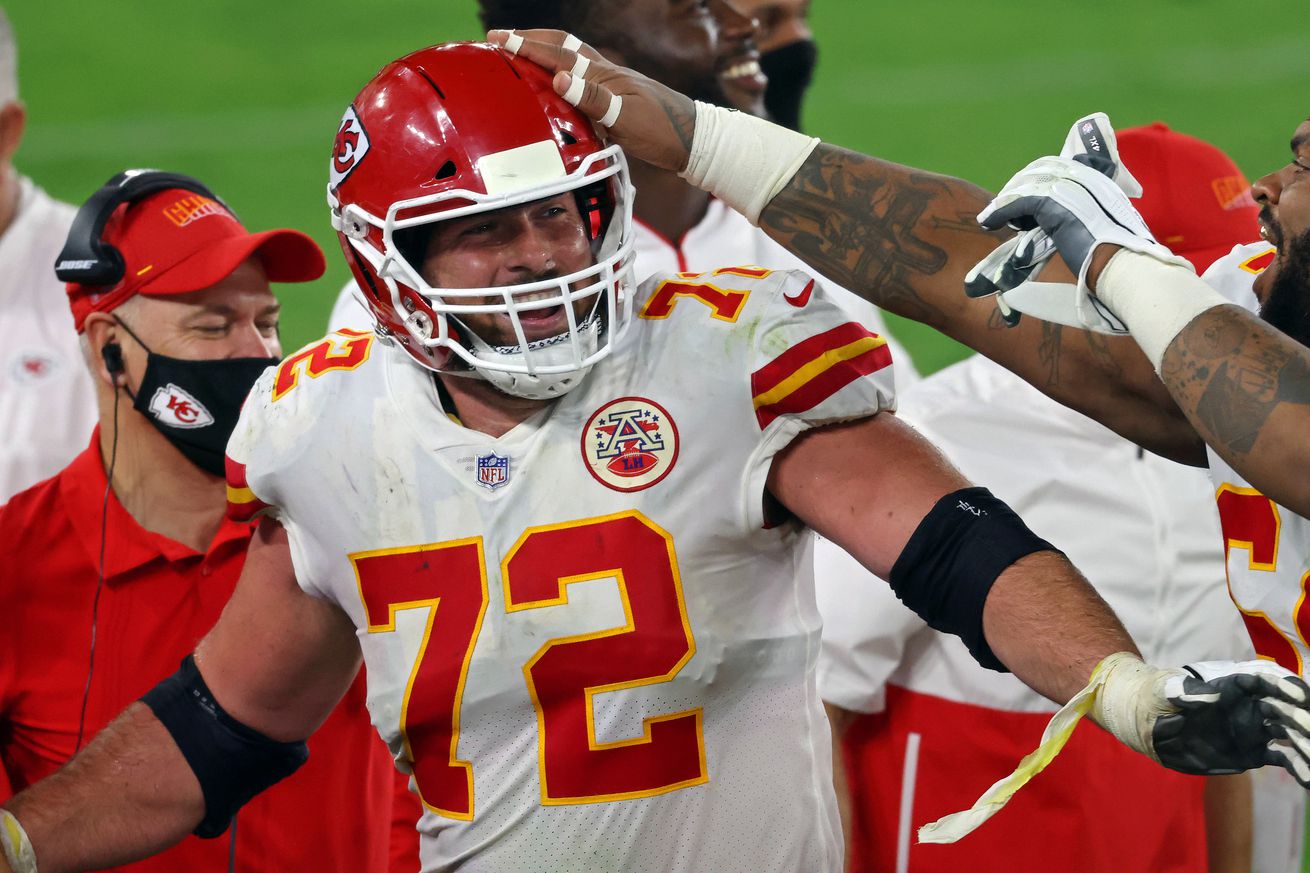 Buckle up in the trenches and remember, the low man always wins. We’re highlighting linemen in this week’s update.

The NFL season is in full swing, and we are already three weeks through. Even as the majority of NFL stadiums remain fan-less, it still feels like a normal football season. For instance, Patrick Mahomes is dominating in the spotlight, the New England Patriots still appear to be contenders, and the Atlanta Falcons can’t stop blowing leads with 99.5%+ win probability.

But what’s also normal is giving quarterbacks and skill position players all the attention. In this week’s NFL MACtion update, the focus will be on the trenches. There was no shortage of excellent offensive and defensive line play this weekend by former MAC stars, and several standouts deserve to be highlighted for their efforts up front.

The best moments in football are when offensive linemen do non-lineman things. On Monday Night Football, former Chippewa offensive tackle Eric Fisher lined up as an eligible receiver on the goal line, found an opening in the flat, and caught a touchdown pass from quarterback Patrick Mahomes. It is the first reception and first touchdown of Fisher’s career, and the 2013 draftee became the first No. 1 overall draft pick since Keyshawn Johnson (1996 NFL Draft) to catch a touchdown pass. Fisher’s fourth quarter touchdown staved off a Ravens comeback and allowed the Chiefs to seal a 34-20 victory.

Fisher and the Chiefs offensive line did not allow a single sack to the Ravens on Monday night. The Central Michigan alum has done a great job protecting the reigning Super Bowl MVP, and Kansas City is 3-0 with only two total sacks allowed as a result.

Sunday marked the sixth start of Okorafor’s career, and he’s already blocking like a veteran. The former All-American at Western Michigan was assigned (former Central Michigan tight end) J.J. Watt in the Steelers’ battle with the Texans. Okorafor didn’t flinch in the one-on-one matchup.

Watt’s final stats consisted of four tackles, one solo tackle, zero tackles for loss, zero sacks, and zero QB hits. Not many linemen are capable of shutting down the Defensive Player of the Year, but the former Western Michigan star managed to block him out of the picture in his sixth NFL start. The Steelers also rushed for 169 yards in the contest, and James Conner’s go-ahead touchdown with 6:24 remaining was a run outside the right tackle, where Okorafor dominated all afternoon.

Since 2012, there have been only 3 out of 98 games played that JJ Watt hasn’t registered a TFL or a QB hit. Sunday made his 4th, and a lot of that was because Chukwuma Okorafor played a great game for the #Steelers.

Crosby’s meteoric rise to the top keeps getting more breathtaking. After holding one FBS offer from Eastern Michigan, the powerful pass rusher finished second in Defensive Rookie of the Year voting last season with 10 sacks and 16 tackles for loss. Crosby is already back in the sack column after registering two on Cam Newton and the New England Patriots this past Sunday. For his second sack, Crosby fought past Jermaine Eluemunor and finished with an impressive shuffle move to pounce on Newton. The Eastern Michigan alum is responsible for more than half of the Raiders sacks this season and a third of his tackles have been in the backfield.

Maxx Crosby goes “Cross-chop” for his second sack in the game & the Raiders 3rd of the season. #RaiderNation pic.twitter.com/S9tNFgr7LM

Before Crosby began terrorizing quarterbacks and running backs in Ypsilanti, Pat O’Connor held real estate in opposing backfields as an Eastern Michigan Eagle. A seventh round draft pick by the Lions in 2017, O’Connor has been cut or waived six times in his NFL career, including four times by his current Buccaneers team. His journey shows he is a fighter, and that fighting ability was on full display when he broke through the Broncos’ line in the first quarter Sunday to block a punt. O’Connor’s blocked punt set up the first Buccaneers touchdown of the afternoon in a 28-10 win over Denver.

Not only did O’Connor block the punt — he recovered it. For jump-starting the Buccaneers in their road victory, he received a game ball in the aftermath of the victory.