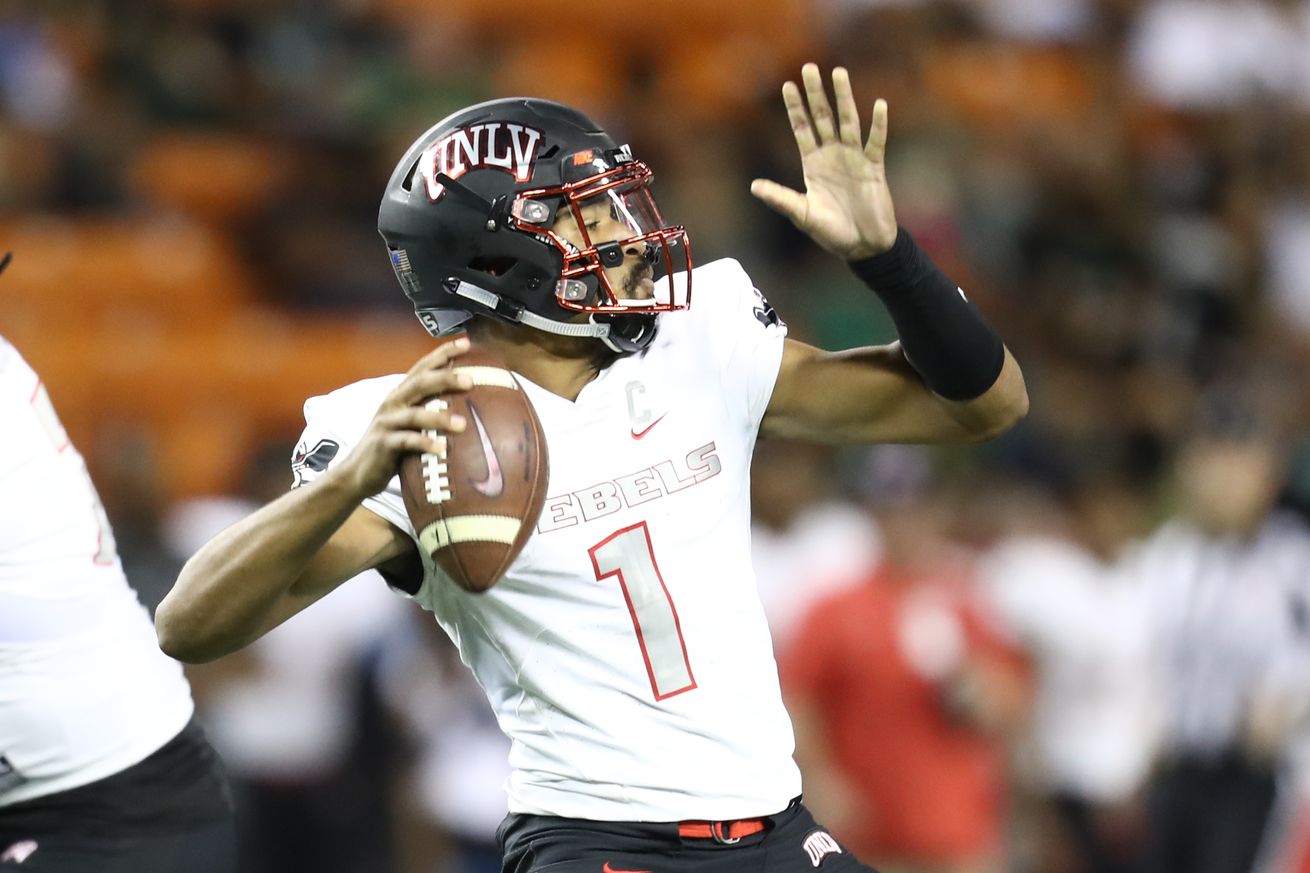 Ohio’s quarterback depth chart gained an experienced starter from the transfer portal Monday night. Former UNLV quarterback Armani Rogers, who started 18 games for the Rebels from 2017-19, announced his transfer to Ohio on his Twitter account.

Rogers was an established mobile quarterback at UNLV, averaging 77.5 rushing yards per game in his three years in the Mountain West. He enters Athens, OH, with 2,465 passing yards, 1,549 rushing yards, 18 passing touchdowns, and 18 rushing touchdowns in his college career. A good portion of Rogers’ production stems from his freshman season when he started nine games for UNLV.

But the talented runner spent roughly half of his games with the Rebels sidelined due to injury. Rogers missed two games in 2017 in concussion protocol, six games in the middle of 2018 with a torn plantar plate in his toe, and the final eight games of 2019 after suffering a knee injury in a September loss to Arkansas State.

As a graduate transfer, Rogers is immediately eligible at Ohio and brings 20 games of experience to an otherwise-inexperienced quarterback group. The Bobcats operated under three-time All-MAC quarterback Nathan Rourke the past three seasons, and now Ohio must turn to a new face for the future. Rogers’ primary competition for the starting spot happens to be Nathan’s younger brother, Kurtis Rourke.

Kurtis Rourke briefly appeared in Ohio’s 66-24 blowout over Bowling Green last November, rushing three times for 20 yards without throwing a pass. He underwent minor non-throwing shoulder surgery in the offseason but with advanced knowledge of Ohio’s offense, he is a likely candidate for the starting gig. Wide receiver-turned-quarterback Drew Keszei — the only quarterback to have thrown an in-game pass in an Ohio uniform — is the other name in the mix for the Bobcats’ starting QB job headed into 2020.

Wherever he ends up on the depth chart, Rogers is a quality fit for a program where mobile quarterbacks flourish. Nathan Rourke recently posted three-consecutive seasons of 860 or more rushing yards for the Bobcats, and he led the FBS in rushing scores in 2017 with 21.

Rogers similarly experienced ground success at UNLV with electric speed and agility. Through 20 games, he is the Rebels’ 15th leading rusher in history and ranks first all-time among UNLV quarterbacks. Rogers has eclipsed the 100-yard rushing mark six times with a career-high of 193 at New Mexico in 2017. As a passer, he completed a hair under 50 percent of his attempts at UNLV, but threw 18 touchdown passes compared to just 12 interceptions.

The COVID-19 pandemic has already twisted the 2020 college football schedule and uncertainty still surrounds the atmosphere of the season. Thus, Rogers’ first game at Ohio is currently slated for September 5 versus NC Central of the FCS, but the date and opponent are subject to change.