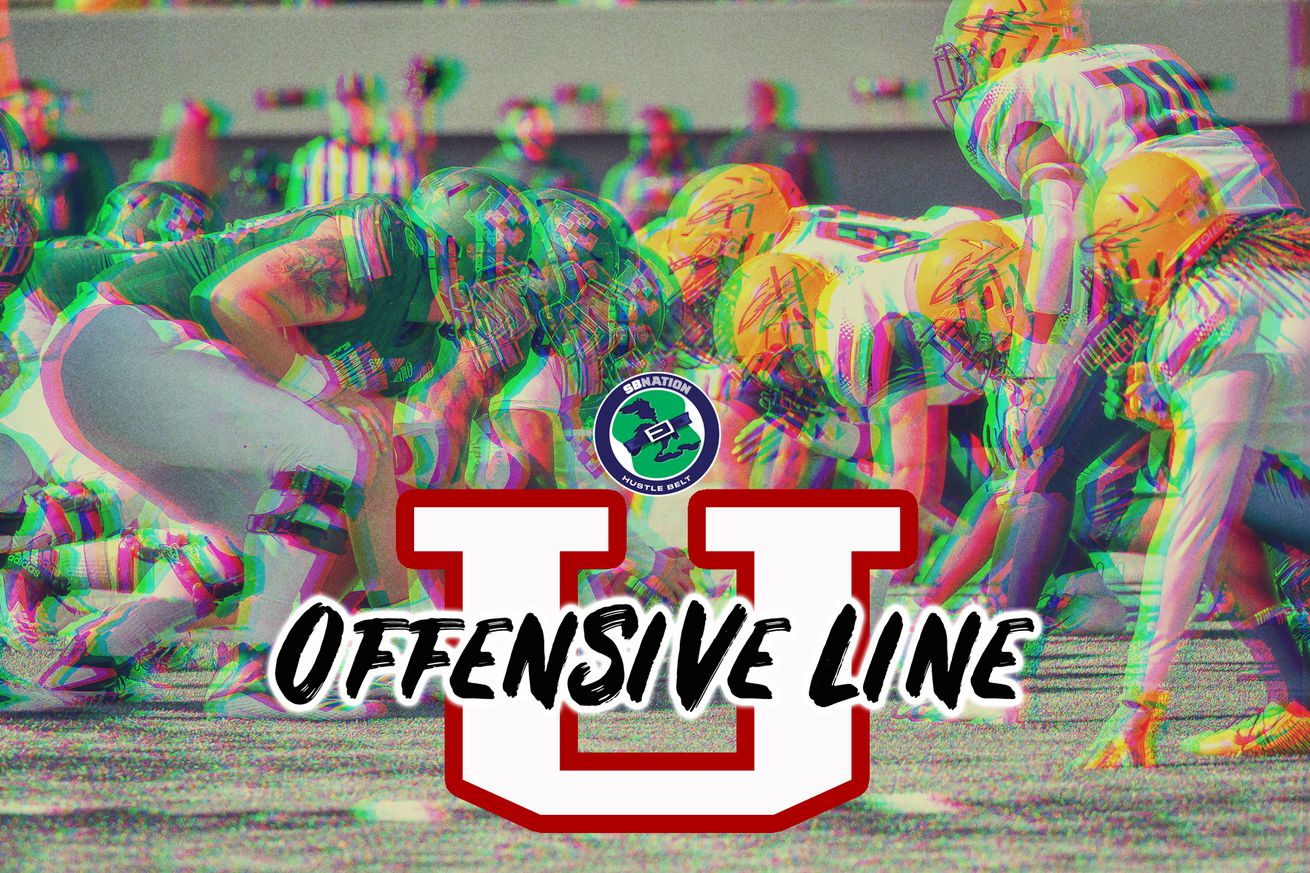 These guys are great at being offensive…but which school is the best?

It’s Wednesday and that means it’s time for the next installment of Positional U. This week we pick O-Line U – the MAC school that has produced the best offensive linemen over the past twenty years.

If you missed the previous sections, you can find them here (QB U, HB U, WR U).

As we have done for the past month, our six voters chose their top three schools in each position group with a point value assigned to each spot:

Whichever team has the most points is the winner.

The MAC has produced some major talents up front and many of them have gone on to have long, successful careers in the NFL…including a #1 Overall draft pick. Players like Andy Alleman (Akron), Ryan Diem (NIU), Joe Staley (CMU), T.J. Lang (EMU), Brian Winters (Kent State), Doug Free (NIU), Taylor Moton (WMU), and Eric Fisher (CMU) have all come from the MAC. But who did we chose for O-Line U?

In a runaway, it was the Central Michigan Chippewas taking home the title of O-Line U! The Northern Illinois Huskies and Western Michigan Broncos were tied in a distant second place, each receiving six points.

The Chips have had five Offensive Linemen drafted in the last 14 years, two of which were first round choices.

Eric Ghiaciuc and Adam Kieft were both 2005 draft picks; with Ghiaciuc going in the fourth round and Kieft going in the fifth (both to Cincinnati). In 2007 Joe Staley was the 28th overall pick, heading to the 49ers while Drew Mormino was a sixth rounder that went to Mimai. And, we all remember the Chiefs taking Eric Fisher with #1 pick in 2013…one of the best #MACtion moments right there.

Dave: It’s hard to pick anyone other than CMU here. I mean…two first round picks, including the #1 Overall…that’s talent right there. However, while the Chips might have had the best two overall, it’s NIU that I think is most consistent over the past two decades. Ryan Diem, Doug Free, Max Scharping, Tyler Loos, Andrew Ness…it’s been consistent since before I can even remember. And for my third pick, the Broncos have really come on strong over the past few seasons but they just don’t have the same pedigree as NIU or CMU (yet).

Steve: Central Michigan earned the top spot because the Chippewas have undoubtedly produced the best NFL offensive line talent. Joe Staley and Eric Fisher combine for seven Pro Bowl appearances and started as the left tackles in Super Bowl LIV last February. Former Bengals center Eric Ghiaciuc also enjoyed several years starting on a professional offensive line. Second place is Western Michigan because the Broncos have produced an ongoing chain of elite linemen in the 2010s. They had a three-year span (2016-18) of linemen falling in the first four rounds of the NFL Draft with Willie Beavers, Taylor Moton, and Chukwuma Okorafor. To follow up that trio, John Keenoy and Luke Juriga were some of the MAC’s best interior linemen of the past decade. Lastly, Northern Illinois checks in with current starting Texans left guard Max Scharping and longtime Cowboys starting guard Doug Free. Since this series covers the 21st century, former Colts offensive tackle Ryan Diem sneaks in for consideration since he lined up for the Huskies in 2000.

James: In terms of offensive line play, it’s hard to argue against those old-fashioned rivals with Central Michigan and Western Michigan. Both of those schools have been some of the most dependable in terms of churning out individual talent, and also happen to be some of the more consistent lines in the conference on a year-to-year basis. Throuhgout these rankings, I’ve given the edge to how prospects turn out as professionals, and that means for offensive line, I have to go with Central Michigan. They’ve produced two of the MAC’s best prospects at the position in the last 20 years, with Joe Staley and Eric Fisher, both players selected in the first round, and both players who are highly regarded in NFL circles. Western Michigan’s depth of prospects does run a little deeper, with several players making practice squads or being starters in the past, and has some good talent currently logging snaps in the NFL with Taylor Moton and John Keenoy, but those players aren’t quite on the same level as the duo of big fish from CMU. Staley is a sure-fire Hall-of-Famer, while Fisher is a Pro Bowl-level starter at multiple tackle positions and a Super Bowl Champion. That’s hard to compete with, in my opinion. NIU gets my third-place vote based on their ability to move the ball at the collegiate level, especially in the running game, which has not been quite as in-vogue in recent years.

Zach: Don’t know how you could go with anyone other than CMU here. Joe Staley and Eric Fisher alone make them untouchable, in my mind.

Jordan: For OL U, CMU is the class of the MAC. With guys like Eric Fisher and Joe Staley, the Chippewas are the clear top choice. For my second choice, NIU seemingly always has rock-solid OL play with players like Doug Free. Lastly, WMU has come on late in the decade with Moton, Beavers, and Keenoy, but the Broncos haven’t produced solid OLs for as long as either CMU or NIU.

Sam: The offensive Lineman for Ball State is a bit harder to defend as OL U. I only could find two notable names and I’m probably wrong and you can message me more names to include on the list but Brewster and Pinter were the only two names I could come up with. Pinter is easy for me as I watched him not only help Caleb Huntley rush for 1,500 yards and help Drew Plitt lead the cardinals to the #1 MAC Offense for 2019. Not to mention he was drafted by my team the Indianapolis Colts this past draft. Robert Brewster has blocked for two notable Ball State QB’s: Joey Lynch, and Nate Davis. I feel like I don’t need to say more then blocked for Nate Davis and everybody knows the success the Ball State Cardinals had during those years.