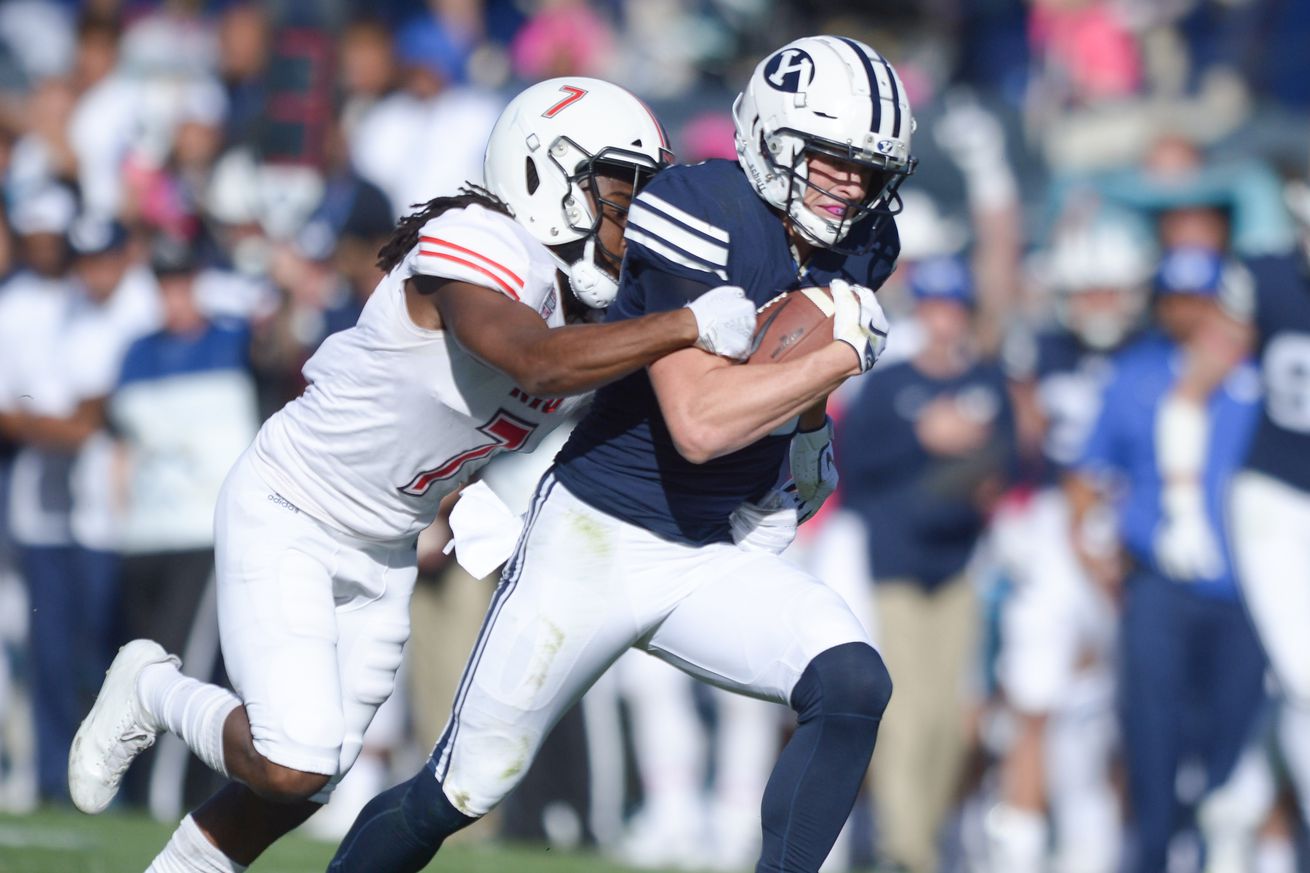 The Huskies’ October 24 matchup with the Cougars is now scheduled back on campus due to COVID-19 safety measures.

Northern Illinois announced a change to its upcoming 2020 football schedule on Wednesday morning.

The Huskies’ October 24 matchup against BYU was originally scheduled at SeatGeek Stadium in Bridgeview, IL — a suburb 15 miles southwest of Chicago. But due to increased safety measures due to the COVID-19 pandemic, Northern Illinois will move the game to Huskie Stadium on campus, preventing additional travel to a neutral site.

Reducing the amount of neutral site games is an extra safety precaution athletic departments have taken during the difficult planning process for the 2020 college football season. On Wednesday morning, fellow Illinois-based program Northwestern similarly backed out of a neutral site game at Wrigley Field versus Wisconsin in favor of playing the game at Ryan Field in Evanston, IL.

Northern Illinois’ press release cited “restrictive stadium capacity limits and safety measures set in place by the state of Illinois during the COVID-19 pandemic” as a driving force behind the relocation. In late June, Illinois governor J.B. Pritzker announced outdoor sports stadiums could host no more spectators than 20 percent of full capacity in the state’s “Phase 4” of its reopening plan.

Huskie Stadium holds a capacity of 24,000 spectators. Abiding by Governor Pritzker’s plan, Northern Illinois could seat a maximum of 4,800 fans at its home venue this fall. Huskie Stadium is actually larger than the NIU-BYU game’s original location of SeatGreek Stadium, which holds 20,000 spectators for soccer games, so more fans would be able to attend under the current restriction.

If the 2020 schedule continues as planned, October 24 will be the second-ever meeting between the two programs.

On October 27, 2018, Northern Illinois upset BYU at LaVell Edwards Stadium in Provo, UT, in a low-scoring 7-6 affair. The rematch at Huskie Stadium is one of six games currently scheduled at the venue for the 2020 football season.