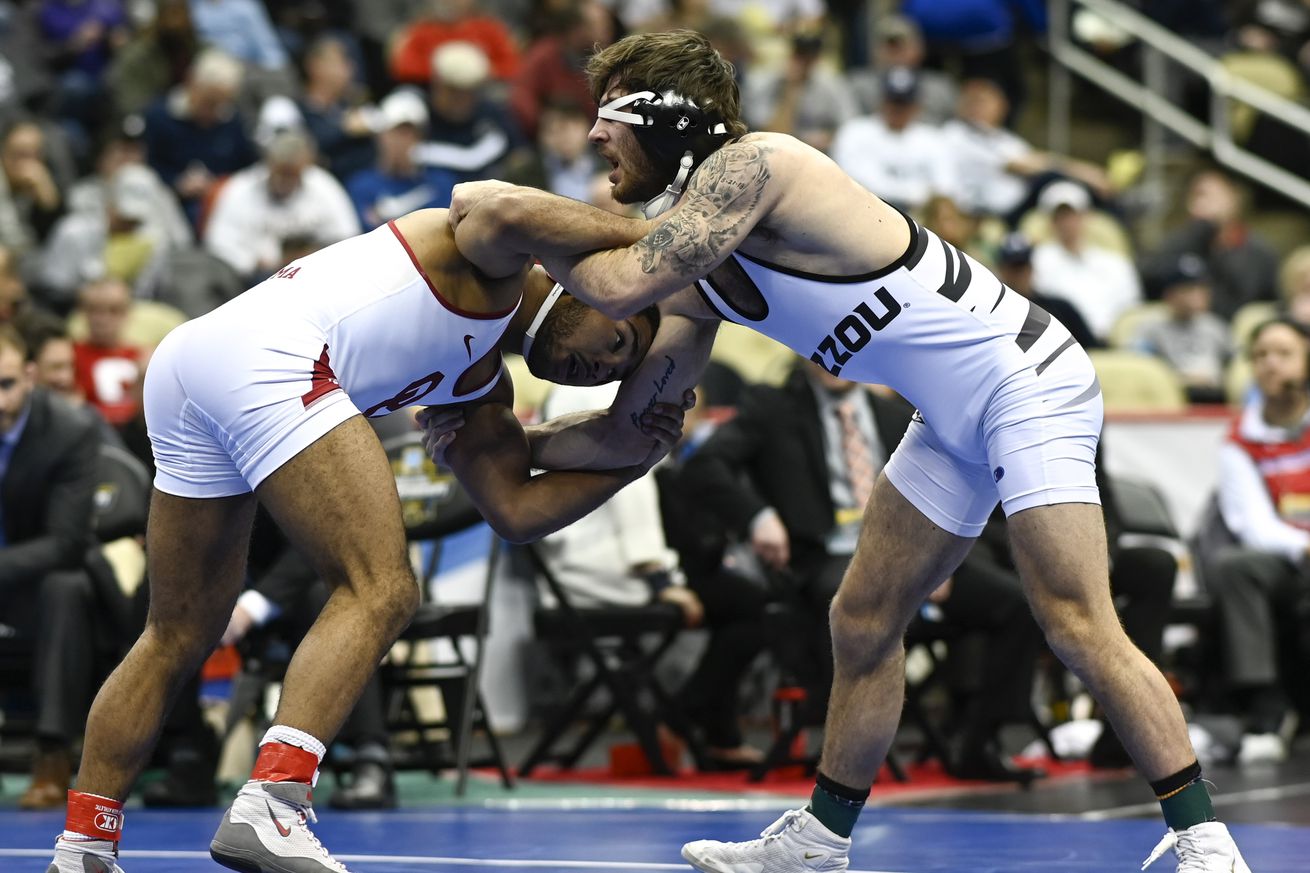 And now that many are hopeful for the return of college sports, wrestling website The Open Mat has just released their first preseason polls, with rankings for both teams and individual players, and, once again, the MAC is well represented – with every school except one having a player named in this inaugural poll.

The MAC looks a bit different in wrestling than it does in football and basketball. For starters, the league has 14 teams and, while there are familiar faces – like Buffalo, CMU, Kent State, NIU, and Ohio – there are a few you wouldn’t expect.

The Missouri Tigers lead the way, as they are ranked as the #18 team in the nation and have 10 players named to preseason rankings. Their highest ranked wrestler is Brock Mauller who’s ranked fourth at 149-pounds.

Senior Matt Stencel is the highest ranked Chip, named fourth best in the 285-pound weight class; while fellow senior, Drew Hildebrandt, is listed as the seventh best wrestler at 125-pounds.

Joining the Chippewas with five ranked players are the Northern Illinois Huskies. The Huskies’ highest ranked individual is Brit Wilson, who is #17 in the 184-pound weight class. Izzak Olejnik is also in the top-20, ranked 19th at 165-pounds.

The Ohio Bobcats and Rider Broncos each have three players named to the list. And Rider’s Jesse Dellavecchia, like Mauller and Stencel, is also ranked fourth but in the 157-pound class.

Bloomburg, Buffalo, Clarion, Edinboro, Lock Haven, and SIU-Edwardsville each have a pair of players named to various weight classes. Clarion’s Greg Bulsak is a top-10 wrestler, listed at #8 in the 197-pound weight class.

Alex Madrigal is George Mason’s lone wrestler and he is ranked 30th in the 141-pound class, one spot higher than NIU sophomore, Anthony Gibson.

The only school with no one named in any weight class is Cleveland State.

With all the uncertainty surrounding sports at the moment, these rankings are sure to change as teams/players might still be wary of competing this winter. But, at the moment, it seems as if the season will still look to start this November.