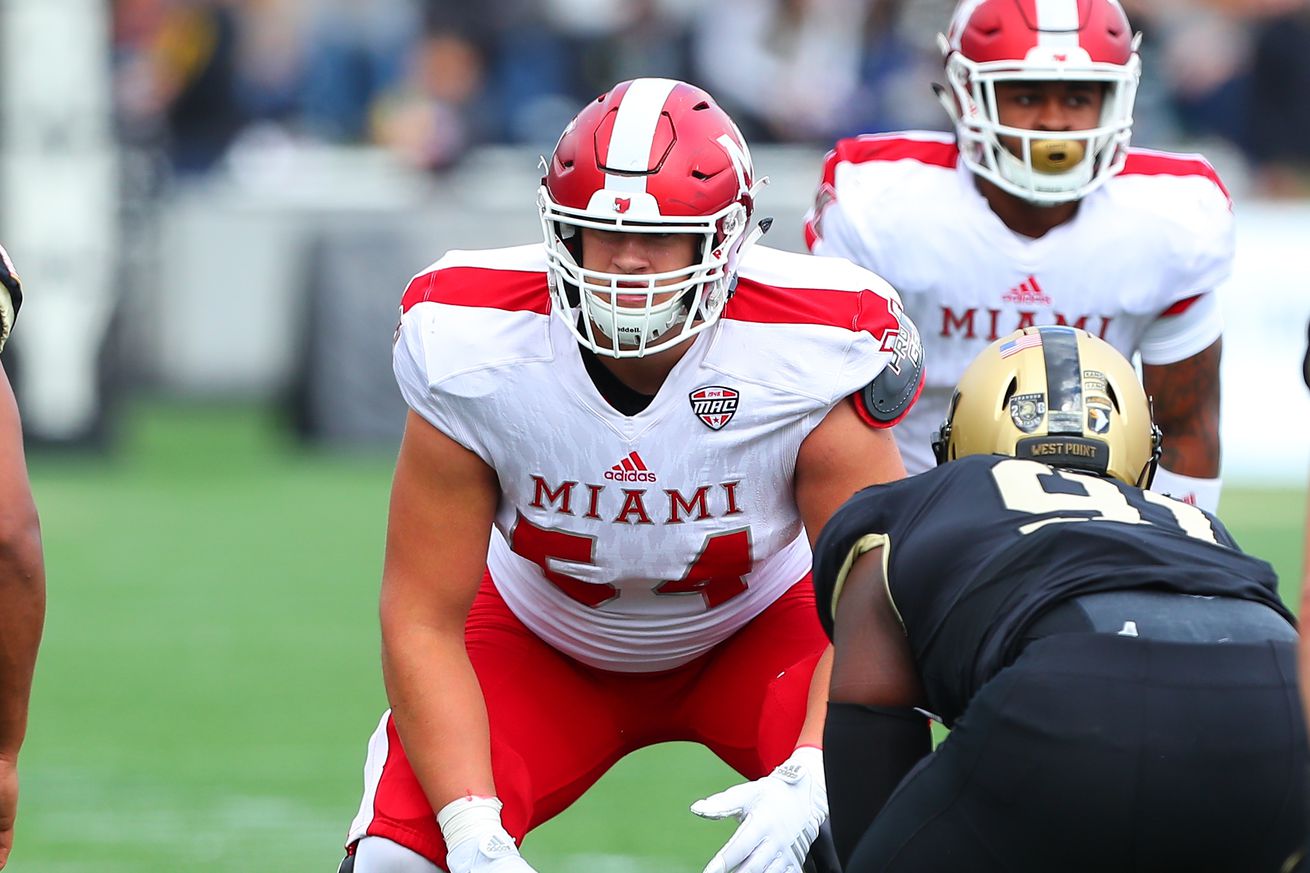 Nobody knows for certain when the next down of MAC football will be played. After the league announced the cancelation of its 2020 fall season, many upperclassmen in the conference are faced with difficult decisions regarding their future in the sport.

One of the MAC’s most talented players, Miami (OH) offensive tackle Tommy Doyle, responded by declaring for the 2021 NFL Draft. The First Team All-MAC offensive tackle posted a long heartfelt message on Twitter announcing his graduation from Miami University in December and his plans to forgo his remaining eligibility.

Doyle started 27 games at Miami from 2017-19. The adept pass blocker moved from right tackle to left tackle in between his sophomore and junior seasons and saw plenty of success in his 13 starts following the transition. There, he earned his first appearance as an All-MAC selection while anchoring the RedHawks offense to their first conference title since 2010. An Academic All-MAC honoree as well, Doyle is graduating with a degree in marketing at the conclusion of the fall semester.

The 6’8”, 326-pound lineman presents a tremendous frame for an NFL offensive linemen, and specifically, for a left tackle. Doyle is likely the first MAC player off the board in the 2021 NFL Draft, and despite not having any more highlights to produce, he’ll have a head start on preparation for the event. Fellow 2019 First Team All-MAC member Danny Pinter was the highest drafted player from the conference last April, and Doyle aims to follow in those footsteps even in the absence of his senior season.