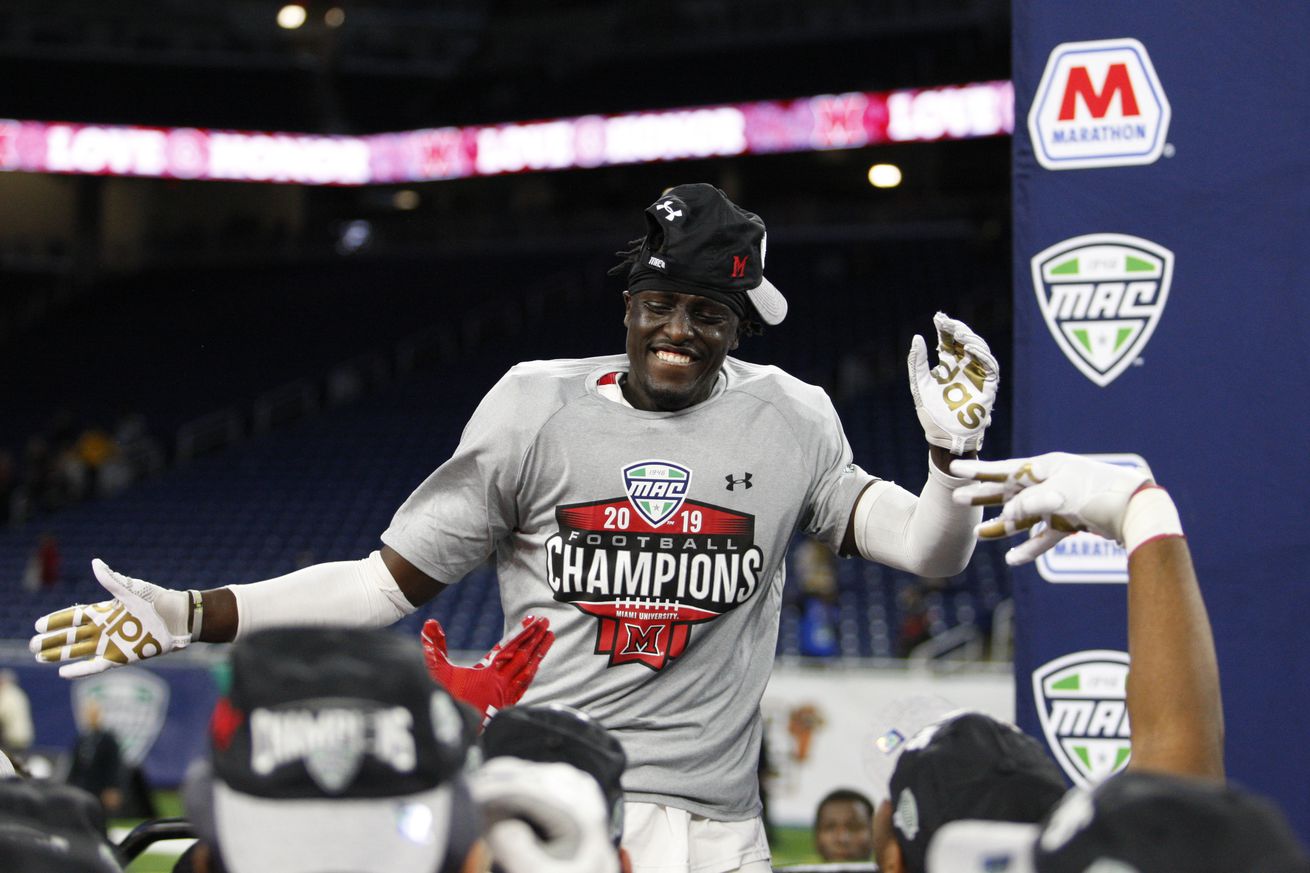 After a season to remember in Miami in 2019, the former Iowa transfer declares his intention to go pro.

The Miami RedHawks lost a key player in their secondary on Sunday evening, as Emmanuel Rugamba announced he would forgo his remaining eligibility and declare for the 2021 NFL Draft via Twitter.

Emmanuel Rugamba started his college career in Iowa City playing for the Iowa Hawkeyes, playing two seasons for the Hawkeyes before deciding to transfer to Miami. After sitting out a year in 2018 due to the NCAA’s transfer rules, he played a full season for the RedHawks, earning a starting role at cornerback.

Rugamba was very key to the RedHawks defense, picking up 85 total tackles, to go along with 3 Tackles for loss, one interception and nine pass deflections on the season. Rugamba finished the season as a Third Team All-MAC DB and MAC Championship Defensive Player of the Game.

Down below is his highlights from last season so you can see yourself how dominant he was.

Rugamba is the biggest name out of the MAC to opt out so far, but with a lot of uncertainty still surrounding the coronavirus and its effect on the season, it wouldn’t be surprising if other top names from the MAC follow Rugamba’s lead.