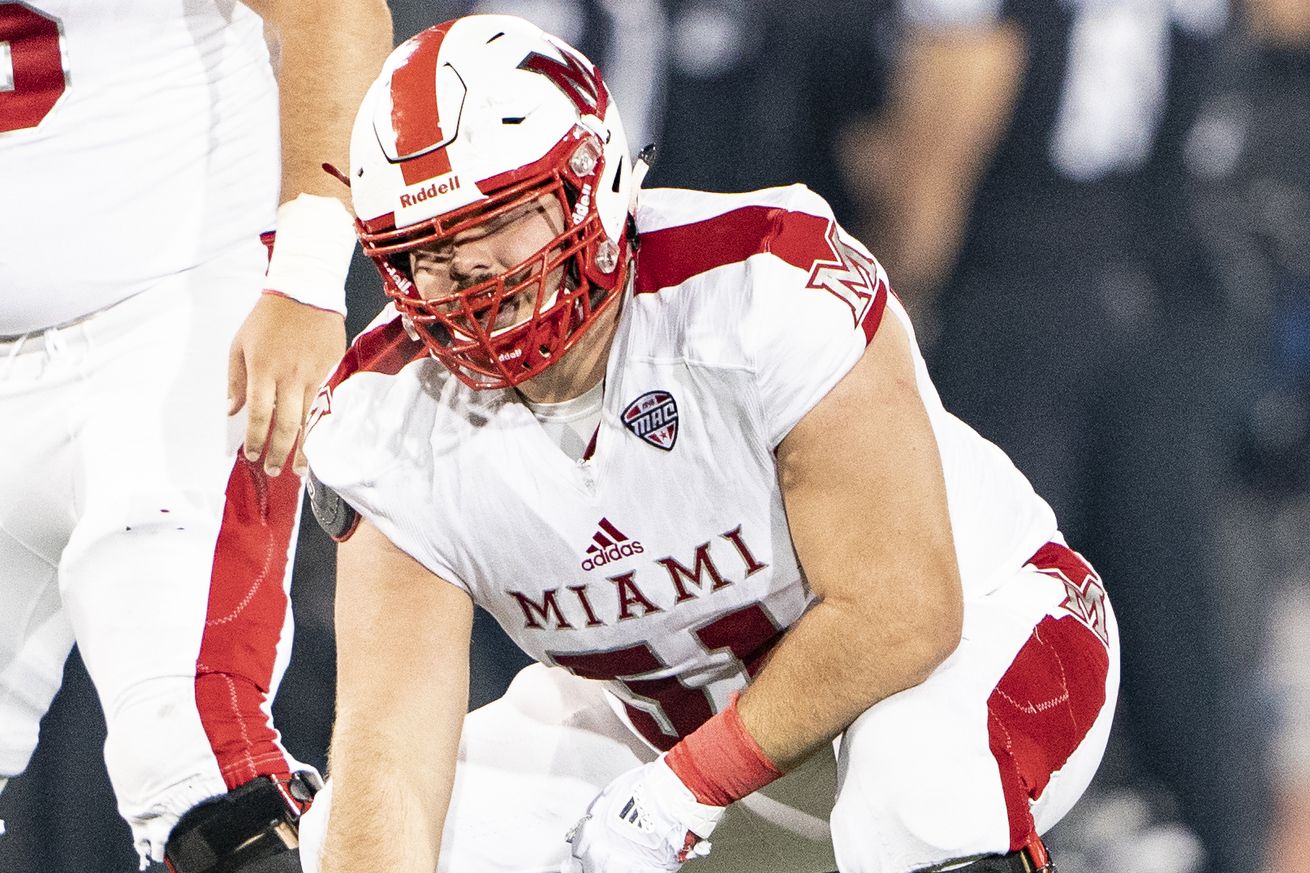 Godlevske becomes the third MAC player to opt-out of the modified 2020”spring” season, will declare for 2021 NFL Draft.

The extended MAC football offseason continues, as teams adjust their schedules to get ready for the spring.

Miami offensive lineman Danny Godlevske will not be among those players gearing up for the modified season, as he announced on Twitter Friday morning his intention to opt-opt and prepare for the 2021 NFL Draft.

Godlevske was Miami’s starting center in three of the last four seasons, with 37 starts in 40 career game appearances. (Godlevske missed the entire 2017 season due to an injury suffered vs. Marshall in the season opener.)

Godlevske played a vital role along the line in the resurgence of RedHawk football, anchoring the interior position starting in their miracle 2016 run (where they went from 0-6 to 6-6) and ending his tenure in Miami as a MAC champion, blocking for a dominant RedHawk line against a tenacious Central Michigan defense.

Godlevske finished 2019 as a member of the third-team all-MAC offense, a position he also occupied in 2018, and was a three-time nominee for the pre-season Remington Award Watchlist for best center.

The six-foot-three, 296 lb. lineman will now get a head start in trying to land on a professional roster, joining fellow RedHawks Emmanuel Rugamba and Tommy Doyle, who also opted out of the modified 2020 season this past week.