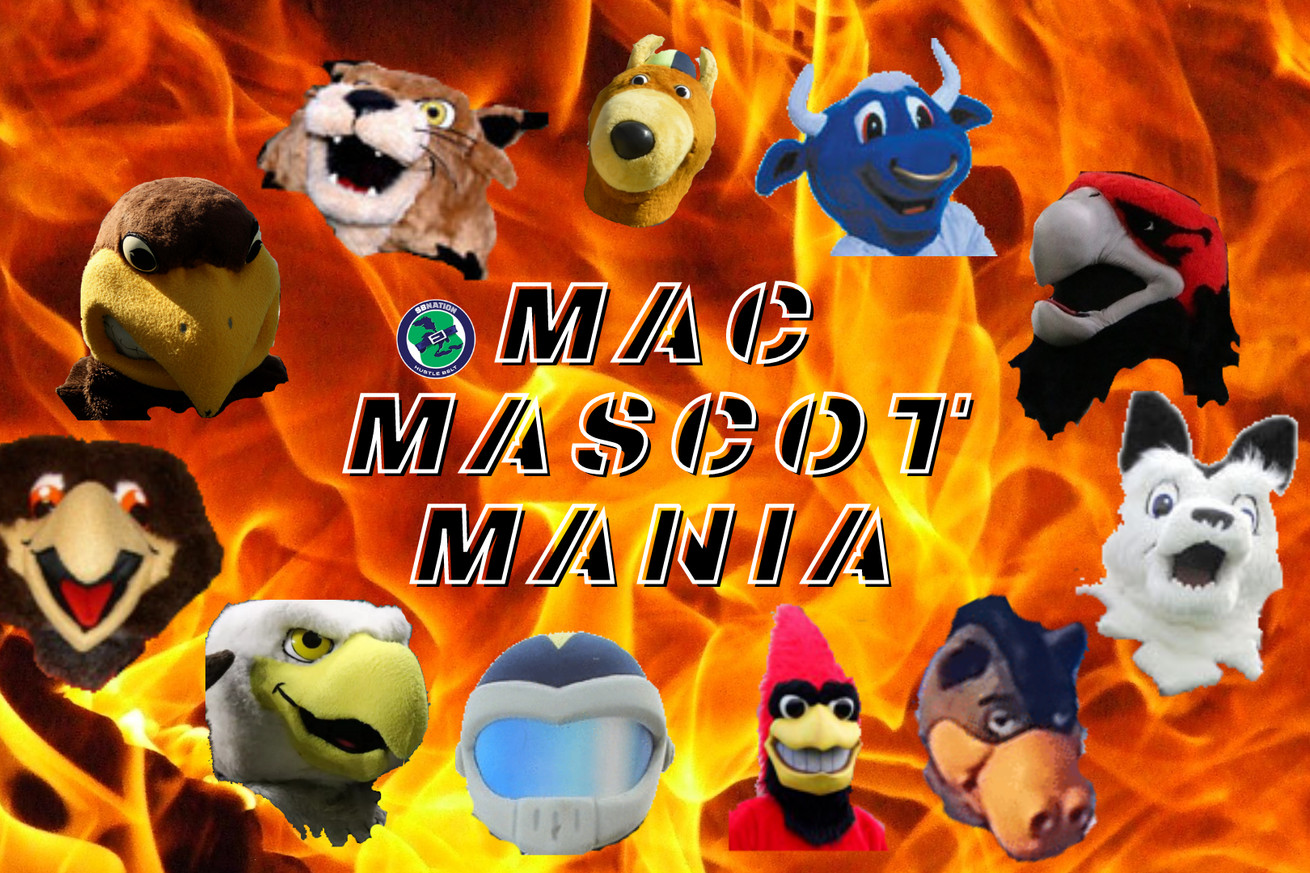 The voters came out in droves to help their favorite mascots make it to the semi-final round. And the matchups don’t disappoint.

Welcome back to the MAC Mascot Mania Bracket!

We’re right in the thick of the proceedings, and after a monumental week in Round 1, you folks absolutely exceeded every expectation we had in Round 2, with two of our match-ups garnering well over 1,000 votes each, and our other two matchups ranging between 500-700 votes apiece! A huge thank-you goes out to all of you for being so engaged and dedicated to seeing your favorite MAC mascot win it all.

Let’s work on getting the next round to even higher numbers!

(In case you missed our explainer on how we set up the bracket, you can read it here.)

Without further ado, the results. (All scores are percents, rounded down.)

After advancing over Michi-MAC rival Swoop the Eagle handily in the play-in game, Buster Bronco met their match in Victor E. Bull, with the latter (our randomly-assigned #1 overall seed) taking away a 52-47 win. It was a huge push by the Buffalo faithful which pushed Victor over, as the official Buffalo Athletics Twitter (and several associated accounts) coordinated to get their mascot through. Combined, this poll received 1,580 votes, the most so far of any matchup. Have a round of drinks on us, Buster. You deserve it, stud.

It wasn’t a very close matchup between Ball State and Toledo in this go-about, as Charlie Cardinal led early and often before ultimately taking away a 59-40 victory. This was the first of our “double-bye” matchups, as both mascots were deemed safe from the play-in by our random seed generator. Charlie Cardinal has a tall task ahead, and will now face the #1 overall seed Victor E. Bull.

In our other poll receiving over 1,000 votes, it was Akron’s marsupial matriarch Zippy sneaking by with a 53-46 victory over Ohio’s Rufus the Bobcat, in what was ultimately a back-and-forth affair. It was also certainly the most emotionally-pitched pairing, as both Akron and Ohio fans came in strong with the banter online. We see y’all, and we appreciate y’all.

Swoop never stood a chance, even with the high-seed advantage, as Mission/Victor E. Huskie won via landslide in the Round 2 matchup, by a final tally of 63-36. And yes, we know: NIU probably got severely underseeded by our random seed generator. But ultimately, it seems to have worked itself out, as the loveable NIU mascots now find themselves in a heavyweight bout with Zippy for a spot in the finals.

Here’s how the bracket has worked itself out thus far in picture form:

Here are the polls for the semi-final round! Be sure to follow @MAC_Bandwagon on Twitter for the latest updates on the poll. Voting ends at approximately 2:40 p.m. on Tuesday afternoon, so be sure to get your votes in before then!

(Also: if we get a tie vote, we do check the comments below, so feel free to comment there too!)