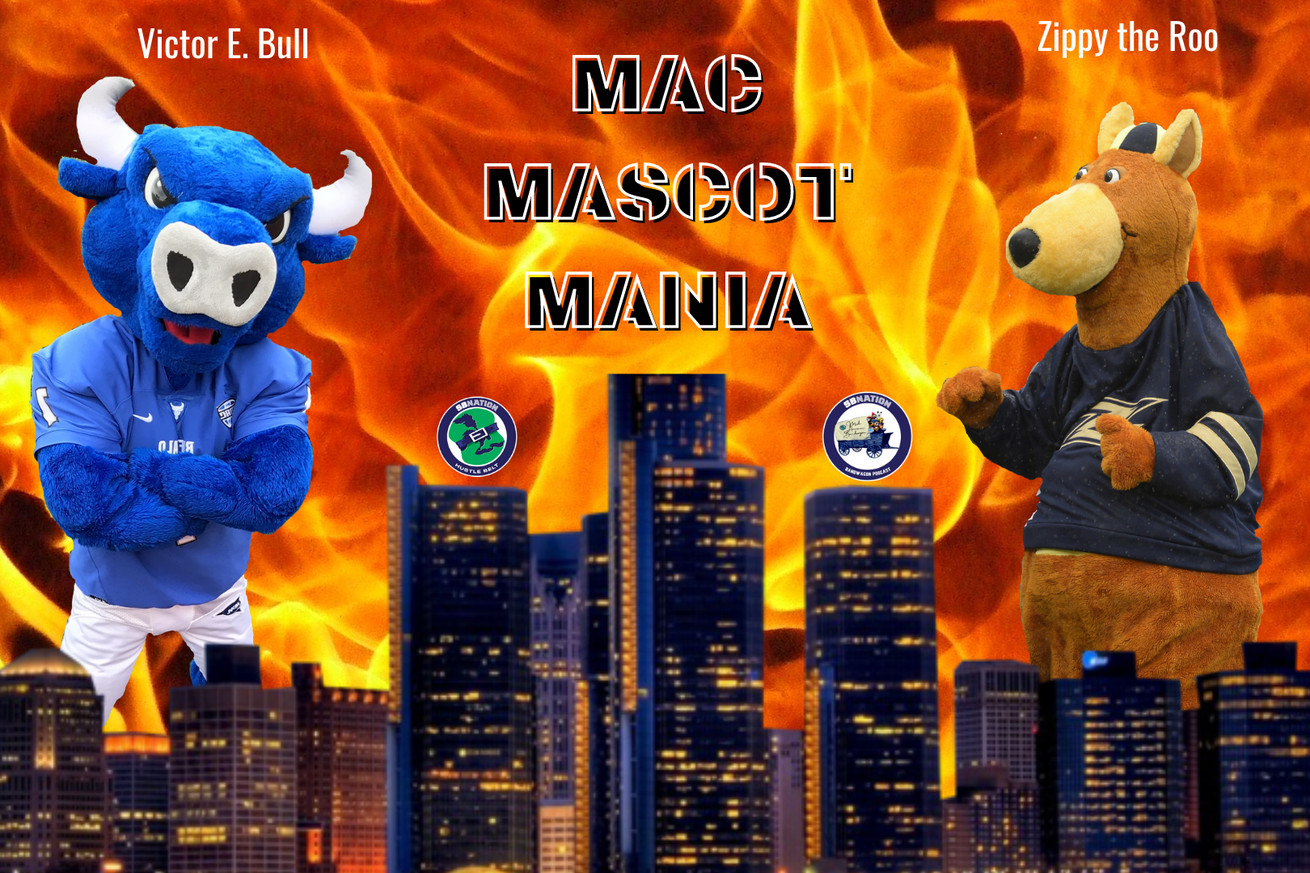 Two MAC East rivals survived and advanced to the Ultimate Showdown, and look to be the last mascot standing.

Welcome back to the MAC Mascot Mania Bracket!

A huge thank-you goes out to all of you for being so engaged and dedicated to seeing your favorite MAC mascot win it all, as we have reached the final round of our first-ever MAC mascot bracket.

The semi-finals were hard-fought, with both our matchups finishing with all four of our remaining mascots

(In case you missed our explainer on how we set up the bracket, you can read it here.)

Without further ado, the results…. though, you probably got spoiled a bit by the entry image. Ah well! (All scores are percents, rounded down.)

Another day, another victory for our blue friend from Buffalo. Although Charlie Cardinal initially held a lead in the first couple days, the Bulls fans really came through as time wound down, ultimately handing Victor the 55-44 victory. Buffalo is known for having one of the more coordinated fan bases in the True Blue, so Victor’s run hasn’t been much of a surprise thus far.

The Cinderella run ends for our furry friends in DeKalb, but it certainly wasn’t for lack of trying. With 1,456 votes, this was the second-highest poll by number of responses—only surpassed by buster Bronco vs. Victor E. Bull in Round 2—and the closest of all the polls so far, with Zippy advancing to the finals by a final score of 51-48. It was a back-and-forth affair, with the lead even changing hands in the final days.

With those results in hand, here’s how the bracket ultimately played out:

Here is the final poll!

Be sure to follow @MAC_Bandwagon on Twitter for the latest updates on the poll. Voting ends at approximately 1:55 p.m. on Tuesday afternoon, so be sure to get your votes in before then!

(Also: if we get a tie vote, we do check the comments below, so feel free to comment there too!)