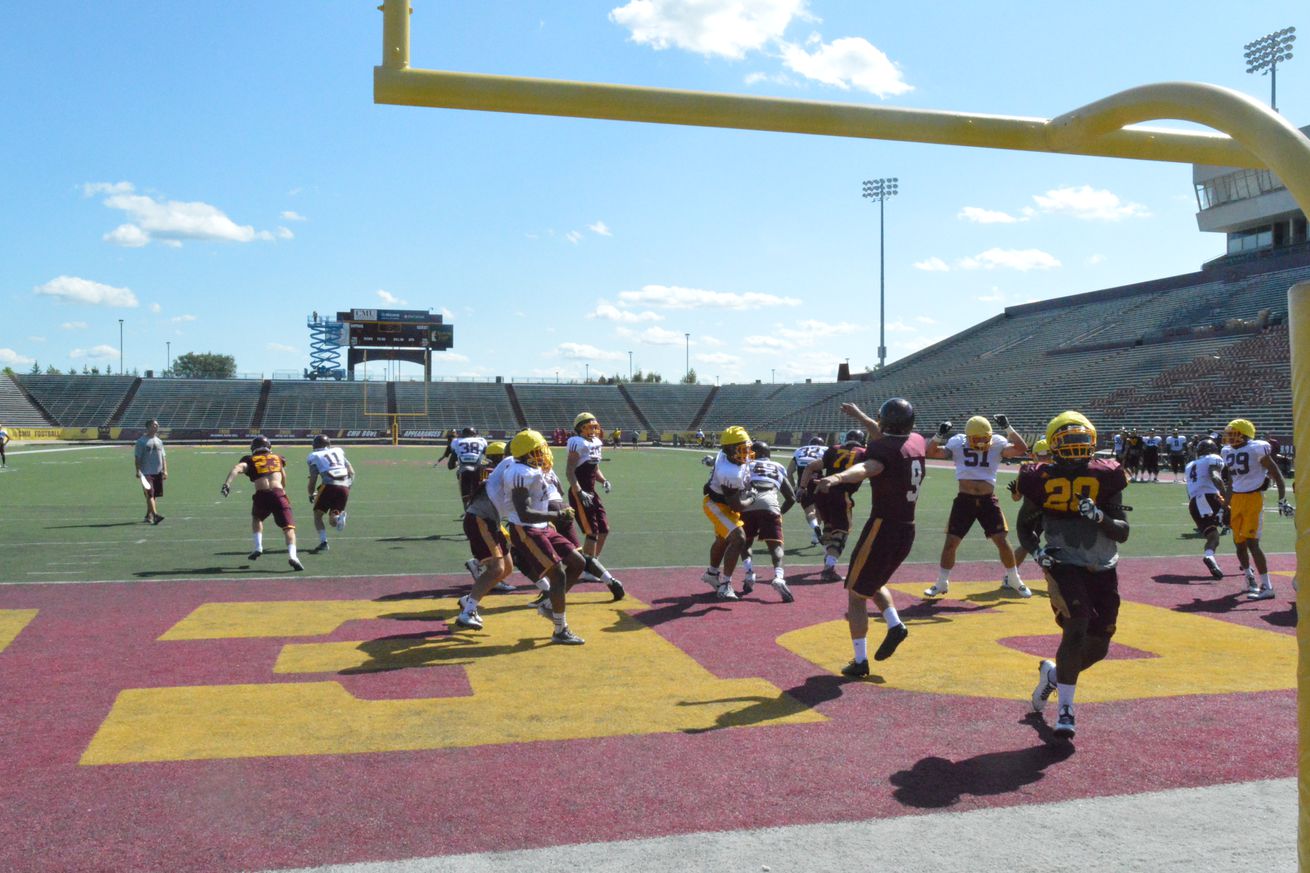 The MAC punts on fall sports, a monumental decision which could alter the FBS landscape.

UPDATED at 11:08 a.m. to reflect reporting about the cancellation of MAC fall sports, via The Athletic.

UPDATED at 12:30 p.m. to reflect quotes from Steinbrecher during press availability, and quotes from Tripathi and Sayler via press release regarding the Mid-American Conference’s reasonings and decision to cancel the fall sports season.

In a dramtic turn of events which will surely cause ripples across the NCAA landscape, the Mid-American Conference has cancelled all fall sports, with the intention of returning in the spring. The news was confirmed during media availablility, and published via press release shortly afterwards.

“The decision is grounded in the core values of the conference that prioritize student-athlete well-being, an area the MAC has traditionally taken a leadership role,” MAC Commissioner Dr. Jon Steinbrecher said during a press conference on Saturday morning. “Clearly, we are charting a conservative path – and it is one that has been recommended by our medical advisory group. It is a decision that affects roughly 2,500 student-athletes who live for the moment to compete. Those opportunities and moments are fleeting, and our student-athletes have a limited window in which to showcase their talent, passion, and drive for excellence. I am heartbroken we are in this place.

“However, I take comfort and want to give assurance to our student-athletes, coaches, and fans that we have their best interest at heart, and we will make every effort to provide competitive opportunities in the spring.”

The news of the football season being cancelled was first reported by Stadium’s Brett McMurphy via Twitter, with the report of the MAC cancelling all fall sports credited to The Atheltic’s Nicole Auerbach via Twitter.

“This decision is in the best interest of all Mid-American Conference student-athletes, athletics departments and university communities,” Dr. Satish K. Tripathi, Council of Presidents’ Chair and president of the University at Buffalo, said via press release. “The Council of Presidents has always maintained that the health, safety and well-being of everyone within our conference, especially our student-athletes, is our top priority.”

All eyes were on the MAC this week, as they were the last FBS-level conference to formally announce their intentions for the 2020 season. The MAC was the most-affected party when the Big Ten announced their move to a conference-only schedule on July 9, with member programs scrambling to find replacements—and eventually, replacements for those replacements in the time since.

It seems, ultimately, the losses were too much for the MAC to bear, given the nearly-mass cancellation of the FCS season and the domino effect of peer conferences adjusting their schedules.

Presidents and athletic directors from all 12 member schools met three times over the course of the last week to try and determine the best course, with a number of options on the table, including a reduced schedule and the cancellation of the season entirely.

The vote was unanimous, per Steinbrecher.

“This was not an easy decision but one that we had to make in the best interest of our student-athletes, coaches and institutions,” David Sayler, Council of Athletic Directors chair and Miami University atheltic director, said via press release. “It is our responsibility to give our student-athletes an experience that allows them to participate at the highest level in the safest manner possible. After consulting with our Medical Advisory Panel, we felt there were just too many unknowns surrounding the pandemic for us to proceed with the fall season.”

The NCAA’s indecision over the last two months was also certianly a factor, as the organizing body of college sports punted on establishing a protocol for scheduling events several times, instead issuing “guidances” how to “safeguard student-athlete well-being.”

The conference had previously announced changes to the playoff and championship formats for both fall and spring sports back in May due to financial difficulties as the result of the pandemic, which are set to take effect with the 2020-2021 academic year. It’s unknown at this time how they will be affected.

Currently, winter sports, which usually start at the end of the fall semester and end during the spring semester, are currently unaffected.

In regards to a spring schedule, the MAC has started “formalizing plans” for the new “fall” season, and that the status of the pandemic will determine how they proceed, with Steinbrecher saying “[t]he virus will have a big determination on our ability to say ‘go’ or ‘no go.”

Steinbrecher also said the conference will discuss how to integrate the new schedules in a way that’s “responsive in terms of the health of the student-athletes” into the 2021 fall sports schedule, and will solicit feedback from student-athletes, coaches and the appropriate medical staff.

Sean T. Frazier, the athletic director at Northern Illinois, was a staunch advocate for a spring season, having discussed the issue with the Chicago Tribune back in July.

“If we don’t start planning a year from now, it could be trouble,” Frazier told the Tribune’s Shannon Ryan in a July article. “Maybe get a six-game schedule for the spring and then hopefully get on track for next year — and even that might be ambitious. I’d rather start planning like that than say we’re just going to try to pack football and the fall sports in and hope to goodness that nothing goes wrong. It’s almost like a setup for failure.”

As this is a developing story, this article will periodically update with any new information.