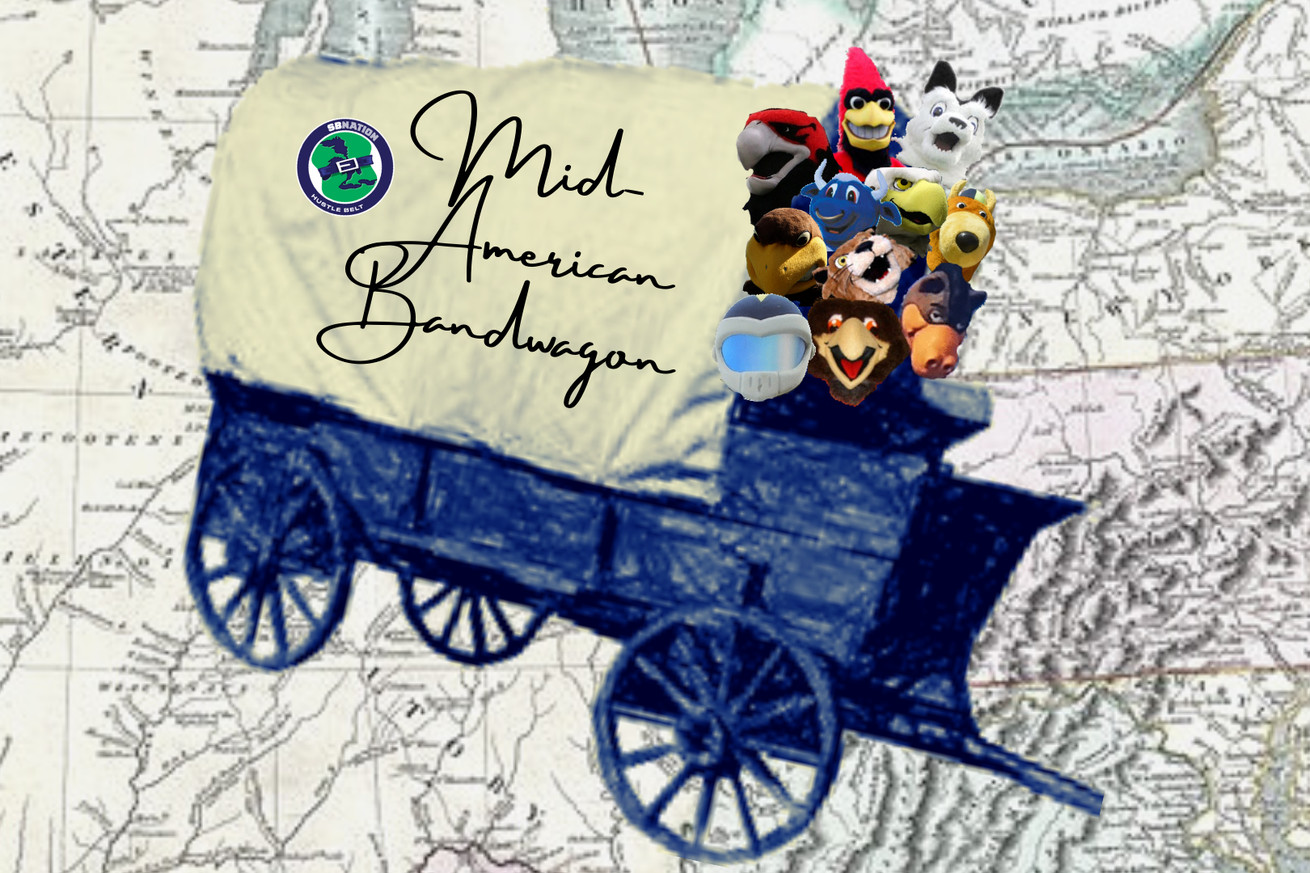 Zach and Sam break down the Pro Football Focus All-MAC team, give an update on the semi-final matchup’s of our MAC mascot bracket challenge, and discuss a new segment coming next week!

Happy Friday to all of our fellow MAC fanatics! We hope you’ve all had beautiful week, we know we have, and we’re excited to bring you into the weekend.

On this week’s first segment, Zach and Sam start off by breaking down the All-MAC team that was recently released by Pro Football Focus. Both of our hosts took some exception to some of the choices that were made, and discuss how they would have chosen differently. Also in this segment, the boys discuss a few Miami players who opted out of the spring season, as well as talk about Ball State’s recent hire for their new softball coach.

In the B block, the guys give an update on our MAC MASCOT MANIA bracket challenge. We had two great matchup’s in the semi finals, with Victor E. Bull taking on Charlie Cardinal and Zippy the Zip taking on Mission/Victor E. Huskie. Tune in to see who will be moving on to the final match up, and be sure to check for the new polls on Twitter and get your vote in!

To close out the show, Zach and Sam break down a new segment that they’ll be introducing next week – a full simulation of what would have been the Fall 2020 MAC football season. Starting next week, the boys will use part of each show to preview the games that would have taken place that Saturday. On Saturday, we’ll sim the games (using whatifsports.com) and post the box scores on Twitter for debate. We’re really looking forward to this, and we think you guys will too! We’ll obviously never be able to fully replicate a real season, but we think this will allow us and our fans to have some semblance of football.

You won’t want to miss this one, guys. Thank you again for all of your support thus far. We hope everyone has a fantastic weekend!

The direct embed is below (or at this link if it doesn’t work) and you can listen to our podcast on Spotify or Apple Podcasts, as well. Be sure to subscribe to us so you can get the latest episodes as they drop.