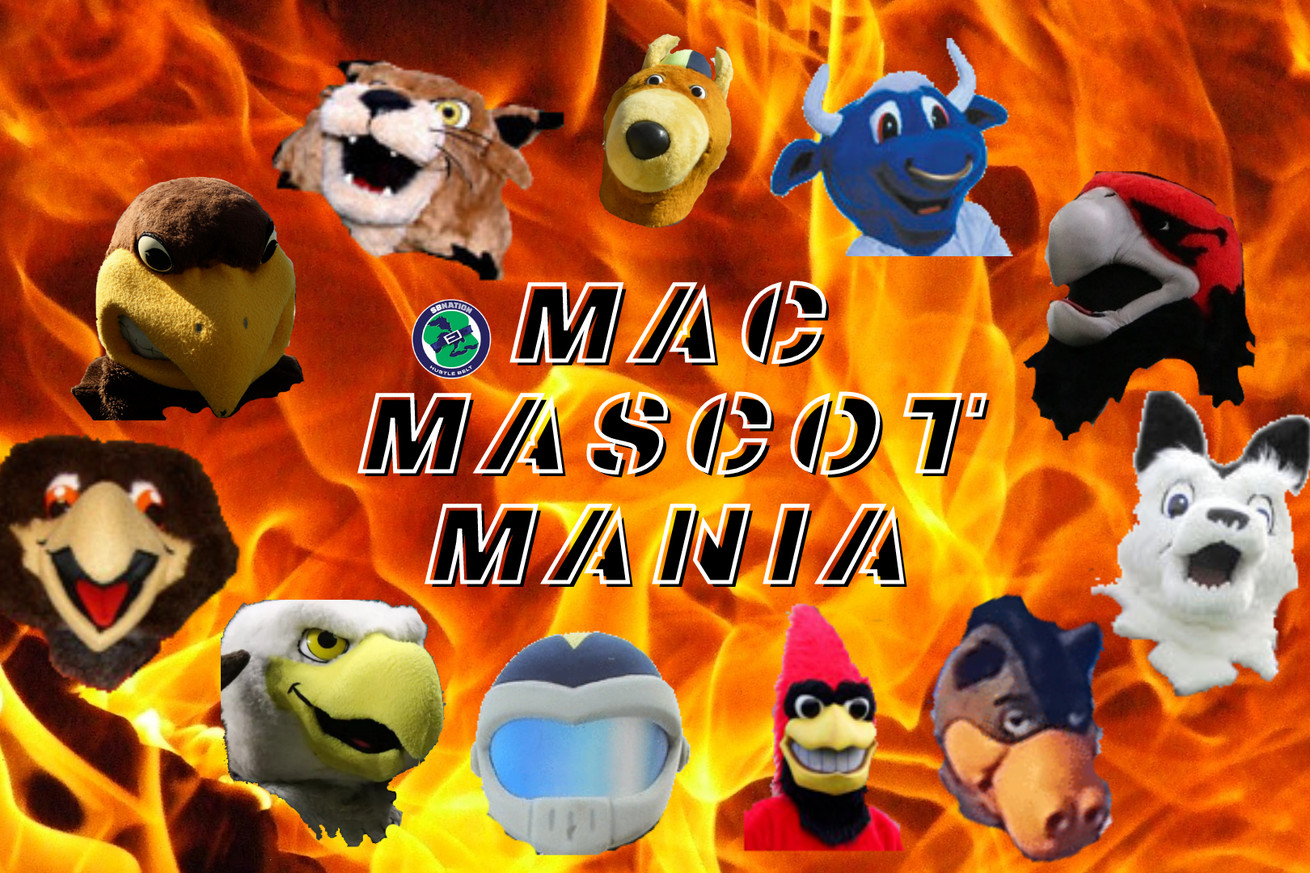 It’s a fight to the death to determine which of the 11 MAC mascots (MAC-scots?) is the best one… and you can help us decide the winner!

If you haven’t heard the latest episode of oour Mid-American Bandwagon podcast yet (which I highly suggest you do,) the boys solicited Twitter for their favorite MAC mascots— and were immediately overwhelmed by the responses they got.

With nearly hundreds of interactions, they ultimately decided they wanted to give the people a chance to declare a champion for themseleves. So to that end, Hustle Belt is officially introducing the MAC MASCOT MANIA tournament bracket!

We randomly seeded all 11 MAC mascots (sorry, Central Michigan, the NCAA bans you from having one,) set the brackets and set up Twitter polls to determine our winners on a weekly basis!

It’s a bit of a wacky bracket due to the odd number, but we believe you’re going to be influential enough to make that inconsequential. How do you vote, you ask? Well, each week, @MAC_Bandwagon (our podcast’s Twitter) will make a thread of Twitter polls and take votes until it’s time to record (about six days) and update the brackets LIVE on the podcast release, with an article updating the status of it (as well as posting the new voting links) soon after.

Without further ado, here are the links. Get to voting, y’all! (If the embeds don’t appear, you can also click this link for the original thread.)