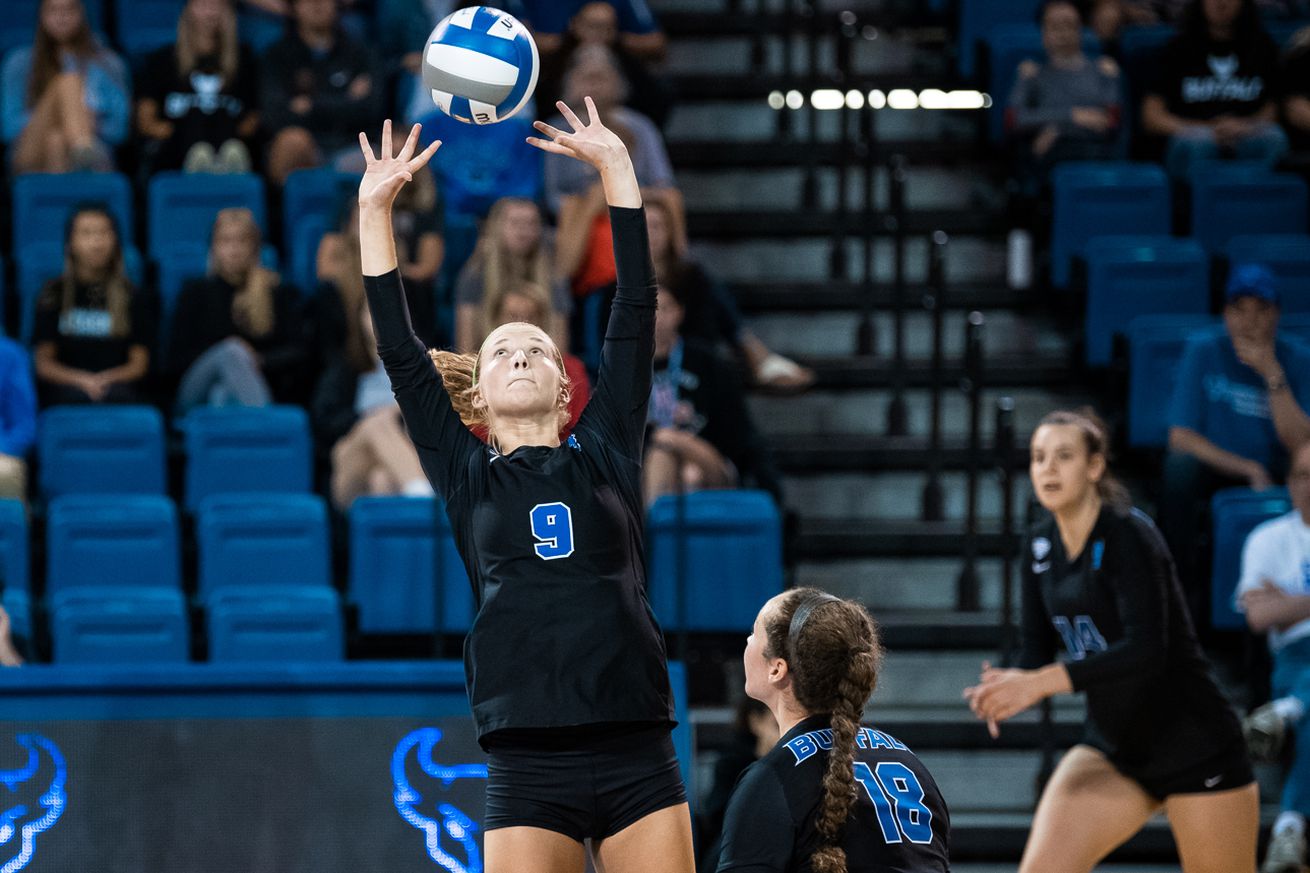 In any normal year, volleyball fans around the country would be very excited this week, as the season would begin with tournaments on Friday, Saturday and Sunday. But, 2020 isn’t particularly normal, and while some conferences will play volleyball this fall, MAC fans have no such joy. I think I’m going to cry.

So, let’s flash back to those 1970s teams for a minute. I don’t remember a whole lot about those teams, but the 1976 team finished 19–11, and qualified for the New York State championship tournament at Geneseo. I was the sports editor of The Spectrum that year, and a reporter was sent to the event. The reporter returned and excitedly told me that UB had finished third in the state, quite an accomplishment! I was skeptical and asked a few questions, but she insisted, and her article in The Spectrum reported that the team finished third. What really happened, I found out later, was that she either totally misunderstood the tournament format, or she misunderstood the coach, or the coach bamboozled her; UB finished third in the consolation bracket, and 7th overall in the state. And so 44 years later, I’m happy to finally set the record straight.

The other event I remember well from the 1970s was a match at Clark Hall against Buffalo State. And I know that UB fans will hate to hear this, but Buffalo State was victorious. I know that for UB fans, there’s a unwritten rule that you shouldn’t say positive things about Buffalo State sports, that is almost as unheard of as a Buffalo Bills fan admitting that Bill Belichick is a good coach. But it happened. The Bengals had a setter who was terribly out of shape (okay, that’s a euphemism for very overweight), but this setter was everywhere and dominated the match. I don’t remember her name.

So, fast forward to 2009. I drove from Rochester to Alumni Arena to watch loss after loss, as the teams back then were not very good; but I’m such a diehard volleyball fan that I missed very few matches. And, as the saying goes, my patience was rewarded, as from 2017 to 2019, the Bulls put together some pretty good teams, and actually had a winning record over that time. (By the way, starting in 2017, I live in Buffalo, about two miles from Alumni Arena. Cause and effect? I think maybe yes!) And those teams were damn fun to watch!

If fall sports had been allowed, how good would this year’s UB Volleyball team be? I’m going to go out on a limb, and for the 12th year in a row, predict that they will not win the NCAA Championship. (But since there will be no NCAA Championships this fall, we’ll never know). Sadly, I don’t even think they would win the MAC (also my prediction for the 12th year in a row, and each year I hope I’m wrong).

In 2019, the Bulls had 739 kills from the outside hitter position, and the players who accounted for 736 of them (Rachel Sanks and Polina Prokudina) have graduated. Overall, 56% of the team’s points scored belong to players who have graduated. And Scout McLerran (shown in the picture above), who was the team’s starting setter for most of the last four years, also has graduated. McLerran is officially 4th on the all-time assists list, but if you account for rules changes in NCAA volleyball, she really should be listed first during the rally scoring era.

So, there are a lot of holes to fill. Coach Scott Smith, who will be starting his 2nd year at the helm, told me last year that he saw the potential of last year’s team long before they started winning. Note: I didn’t see that potential. So no surprise, he has some better insight than I do, and maybe he can pull off the same magic that took a team that started 1–5 in the MAC and then went 7–3 the rest of the season, knocking off four of the MAC’s top teams in that run.