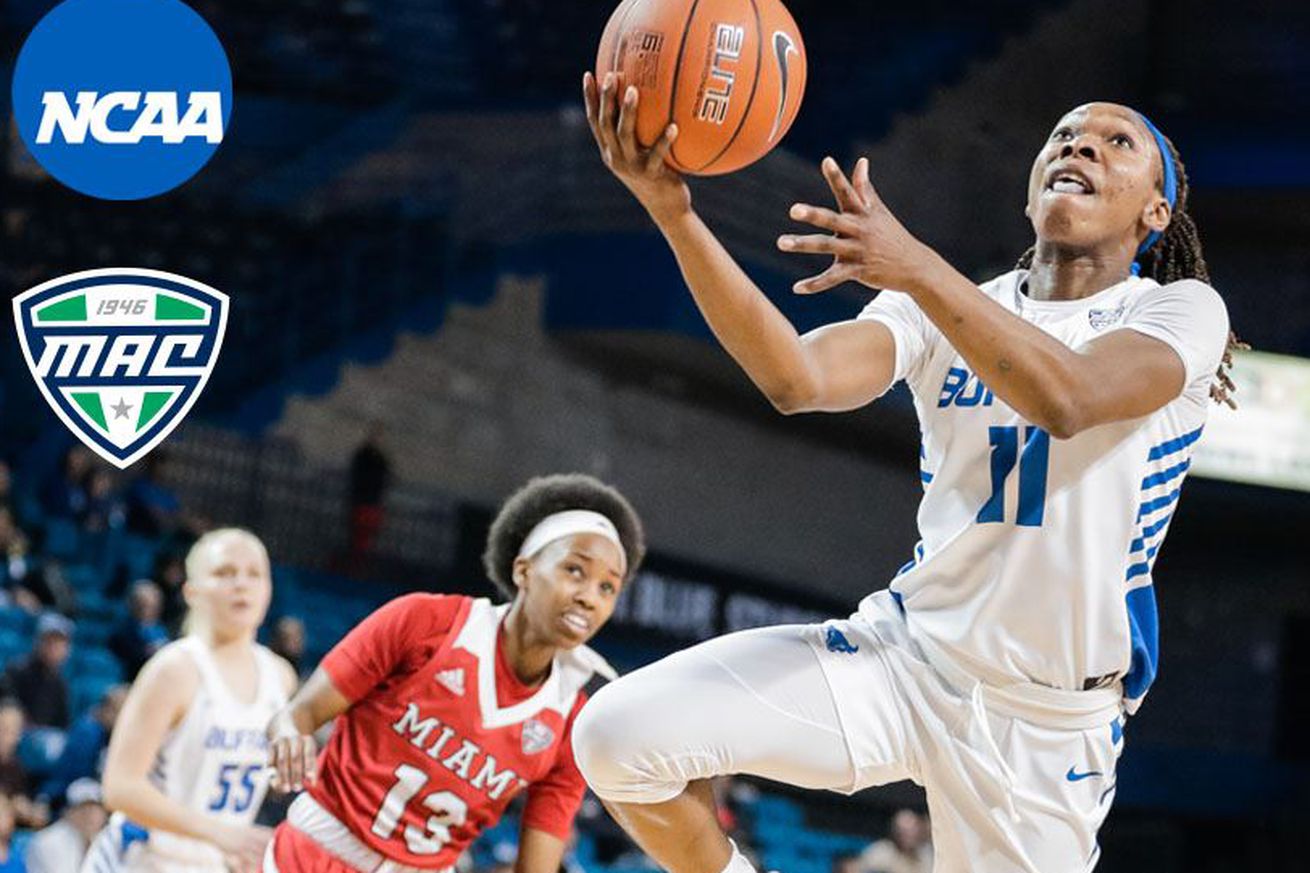 There have been a couple of good news stories regarding UB Women’s Basketball over the last week … and we sports fans all could use some good news right now.

Senior Theresa Onwuka has been named the MAC’s nominee for the NCAA Woman of the Year award. Onwuka graduated this spring after a very successful career with UB, where she won a MAC championship as a junior, and appeared in 5 NCAA Tournament games. As a senior, Onwuka finished 25th in the nation in steals. She finishes her UB studies with a 3.79 grade point average, and she has now enrolled in the highly regarded and highly selective UB accelerated nursing program.

I’m sure we all wish Tessy well, and keep our fingers crossed that she wins this award, but as we all know (bummer), mid-major players (no matter how good they are or how smart they are in the classroom) rarely win any of the NCAA “Something” of the Year honors. Still, being nominated for the entire Mid-American Conference is very impressive.

Autumn Jones, who graduated in 2019, has signed a contract to play professionally with ZKK Buducnost Bemax in Montenegro. Jones appeared in five NCAA tournament games during her two year stint at UB, after transferring to UB from Pensacola State.

Head coach Felisha Legette-Jack has been named to Buffalo Business First’s list of 150 “Power Women”, coming in at #82. This is the second year Legette-Jack has appeared on this list. She is UB’s career leader in wins as women’s basketball coach, and has taken the Bulls to three NCAA Tournament appearances, including a Sweet 16 berth in 2018.