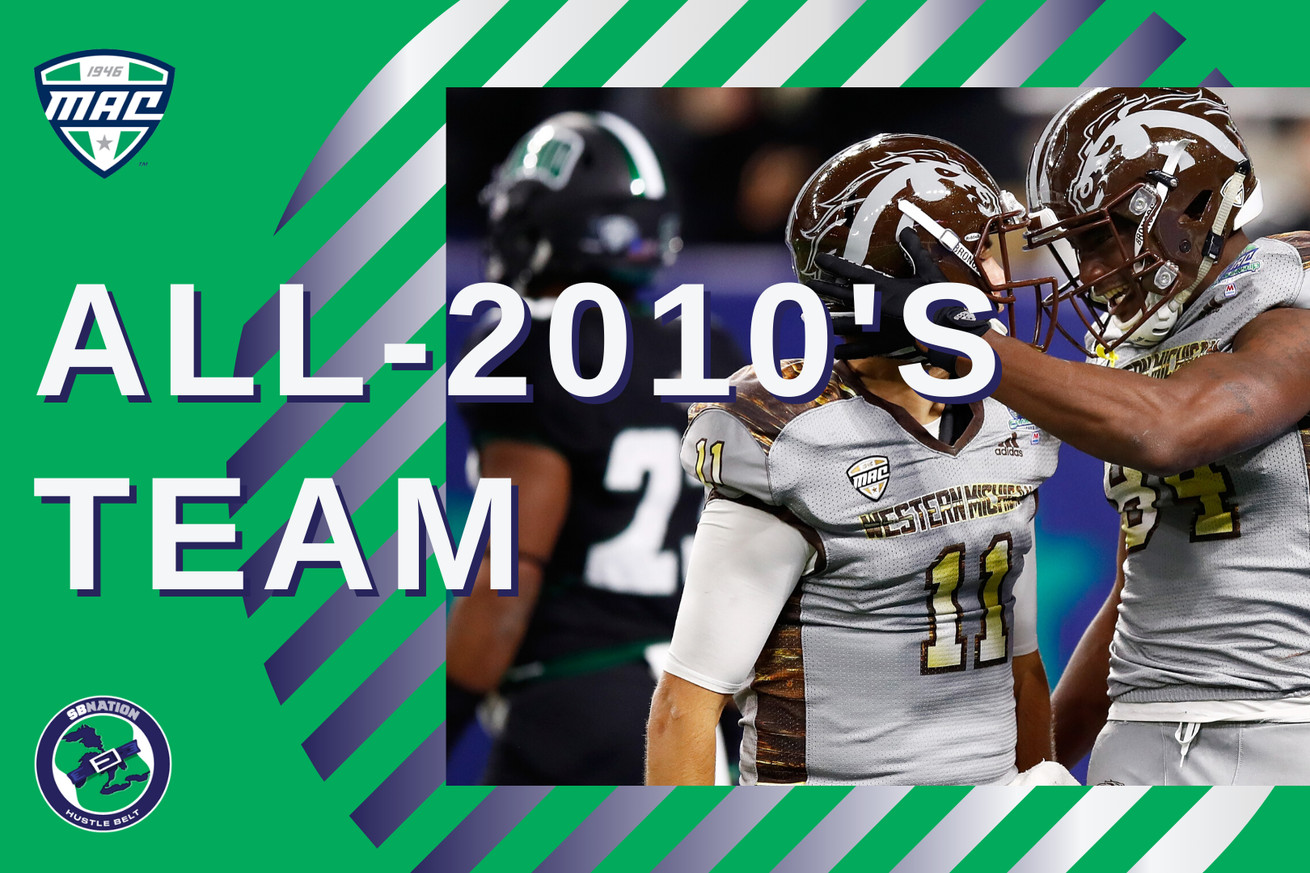 We take a look back at what was arguably the Golden Age of the MAC.

The first team in our Best of the Decades, the All-2010s team, illustrates the many high points of the past decade in #MACtion.

We have some of the MAC’s all-time great teams represented here (the Jordan Lynch-led NIU teams, the WMU Cotton Bowl team, etc.), in addition to some tremendous individual performers. It was truly an unforgettable decade for followers of the Mid-American conference.

In fact, it was such a loaded decade, we ended up debating several ties so much, we ended up delayed a bit. (Editor’s note: we’re SUPER sorry about that, but it’s totally gonna be worth it.) As a result, there are some noticeable changes, the biggest being allowing for multiple entries at different positions and expanding the list of running backs from two to three for each decade.

Did your favorite player make the cut? Let’s find out, together.