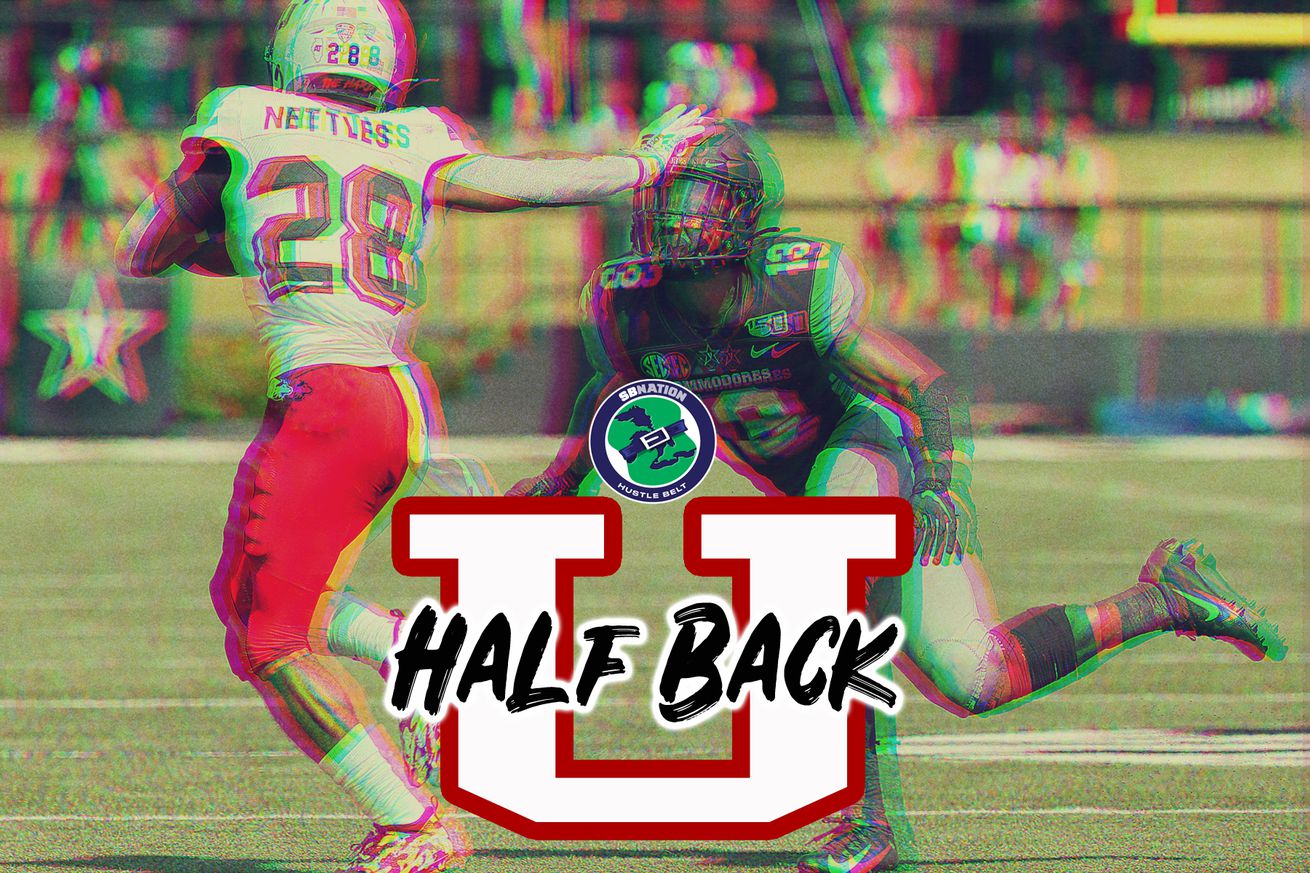 Which school was deemed the best on the ground?

We continue our Positional U series this week with Half Back U.

After a slightly shocking upset in Quarterback U, who will our panel say is the best running team in the MAC over the past two decades?

Once again, it is Steve Helwick, James Jimenez, Zach Follador, Jordan Rinard, Sam Thilman, and myself (Dave) ranking our top three schools at the HB position with a point value assigned to each.

The team with the most points, takes home the title of Half Back U.

The MAC has seen some amazing running backs over the past twenty years, many of which have gone on to long and successful careers in the NFL. Just look at some of the players we had to consider when ranking RBs:

So, with all those names, who did we select as HB U?

Toledo ran away with this, getting 14 points and four first place votes. Tied for a very distant second place were WMU and Buffalo, who each snagged six points while NIU and Ball State each had a first place vote but nothing else.

The Rockets have always had a high-powered offense with a slew of playmakers. And, for the most part, they have been just as effective on the ground as they have been through the air.

Here’s a brief look at the players that propelled Toledo to be known as Half Back U (bracketed years are years they started).

Dave: I couldn’t believe I was the only one who had NIU in the top three, let alone the top spot. The Huskies have always been known for their ability to run the ball…from Hammock and Turner to Garrett Wolfe, Chad Spann, Joel Bouagnon, Cameron Stingley…heck, even Jordan Lynch! They even had a 1000-yard rusher every year from 1999-2013 (with the exception of 2008). Toledo, for me, was the very obvious number two with all the talent they have had – Fluellen, Swanson, Hunt, and now Koback…that’s a real good group. And Western’s recent success with Bellamy and Franklin propelled them up to #3.

Steve: Toledo never takes a year off from a premier running back. Seven of the top nine rushers in Rocket history played in the 21st century, and the revolving door of productive halfbacks has extended from Chester Taylor’s 1,400+ yard seasons in the early 2000s to Bryant Koback’s 1,187 yards last fall. Toledo hasn’t had its best running back fall short of 900 yards since 2004. And since 2000, a Rocket halfback eclipsed the 1,400 mark six times with former NFL rushing leader Kareem Hunt reigning supreme with 1,631 yards in 2014.

For second place, Western Michigan is a bit of a recency bias pick, but the sustained dominance of the Broncos’ backfield from Jarvion Franklin to Jamauri Bogan to LeVante Bellamy cannot go unnoticed. Lastly, the Buffalo Bulls check in on the podium thanks to mid-2010s standout Branden Oliver and their current rising star Jaret Patterson — fifth in the FBS in rushing yards in 2019. Add Super Bowl champion James Starks and current roster member Kevin Marks (another 1,000-yard rusher in 2019) to the mix and Buffalo has serious depth on its historical running back roster.

James: Toledo gets the #1 spot for me because their list of running backs is simply undeniable, both in what they’ve done in college and what they’ve done in the NFL. It’s a deep class, with Chester Taylor at the start and Kareem Hunt as the latest graduate. Koback certainly has the talent to turn into something special as well. Add in names like Flullelen and Parmalee, and you have a stable of backs that check all the marks for “best in the MAC”.

Zach: Buffalo certainly wins this if we’re just talking about the last few years, but Toledo has a longer history of producing high quality RB’s going all the way back to Chester Taylor. Ball State has had some sneaky good RB’s over the years and probably get looked over here because they haven’t had as much team success. Shout out to Marcus Merriweather who was a beast on some bad teams back in the early 2000’s.

Jordan: For me, Toledo is the face of the MAC for RB’s with Kareem Hunt carrying the banner for that group. Hunt is just one of out of a long line of productive, tough RBs such as Taylor and Fluellen. WMU is a close second as the stable of Franklin, Bogan, and Bellamy made the Broncos a hard out on Saturday’s (and Thursday’s). However, Western hasn’t done it for as long as UT has as far as cranking out talented backs. Lastly, UB deserves a mention for having a knack grooming solid runners year after year after year.

Sam: The RB Class has been a position that Ball State can be proud of. Starting off with Caleb Huntley, 1500 yards is all I need to say to go along with a Doak Walker Award Watch List. Edwards, Lewis, Merriweather. All dominant if you didn’t watch them. Edwards rushed for 4,000 yards! Lewis rushed for 3,700 yards. Merriweather, like Edwards also rushed for 4,000 yards. Caleb Huntley has so far 2,400 yards. 14,100 yards between all of them. Ridiculous and that’s why Ball State has a claim to the HB U.

Did we get it right? Vote now to tell us who you think is Half Back U!